Originally published at: Rarely cogent Georgia representative to the US Congress takes a moment to insult my and every other adoptive family | Boing Boing

I know she is an idiot, but as one of those “fake” parents,

The Bible teaches that the messiah these freaks claim to worship was raised by an adoptive father. I wonder how they’d feel if someone pointed at their nativity displays and claimed they represented a “fake” family.

Empty G is a festering boil upon humanity.
Thank you, to all of you who have adopted and raised children, to all the grandparents raising their grandchildren, and every other mix that happens out there.
If you need to hear it at all, after that garbage, you are real parents.

Could this be some garbled crap from Uncle Vladimir? He’s still sore about the Magnitsky act, and any time one of his stooges mentions adoption, that is not far away.

I don’t even understand the strategy here. For one thing, there are so many predatory conservatives demanding the right to adopt babies who women are now being forced to carry to term, so why attack people on her side? Right-wing evangelicals also like to adopt multiple babies, either out of the goodness of their hearts or because they’re trying to amass a collection of non-white kids to enslave.

Just such a random and demented attack to make.

Just such a random and demented attack to make.

i think you just summarized the gop’s entire playbook

I don’t even understand the strategy here.

To dehumanize people who she sees as her “enemies” so that people go out and commit acts of violence against them.

In this case, she doesn’t mean right wing evangelicals, but everyone else who is adopting children, including same sex couples.

there are so many predatory conservatives demanding the right to adopt babies who women are now being forced to carry to term, so why attack people on her side?

Shaming and attacking non-“traditional” families (i.e. white cishet married Christian couples with two or more biological children conceived via missionary position) is pretty much all they have.

She also belongs to the party that prefers to read their Bibles upside-down … and even then there’s probably a 5% chance she’s read it that way either. And then 0% chance she comprehended it. So…

Surely you must realize these self-proclaimed religious conservatives only worship the unholy trinity of Mammon, god of money, Baal-Moloch, god of violence, and Trump, savior of the honkies.

WTF? I know the forced-birthers don’t care about babies (much less “babies”) nor mothers, nor families, despite all the emphasis on adoption, but this is still weirdly off-brand. I guess the thing is, Empty Gee frequently doesn’t really know what the party line is and her personal prejudices start showing through. She’s not really traditionally “political” - being careful to watch what she says to stay on message - like Trump, she’s stream-of-consciousness, vomiting out whatever’s in her brain, with her supporters picking and choosing what to ignore.

Right-wing evangelicals also like to adopt multiple babies, either out of the goodness of their hearts or because they’re trying to amass a collection of non-white kids to enslave.

Don’t forget having a supply of youngins to brainwash into their cults. The slave labor seems to be the primary motivation, though.

I don’t even understand the strategy here.

I don’t think there was a strategy here, I think Empty isn’t into that specific brand of evangelicalism, feels hostility towards adopted families (because of racist and homophobic reasons) and isn’t smart enough to remember to keep to the “correct” talking points - if she even knows what they are. She says a lot of dumb, awful shit that doesn’t always mesh with GQP/evangelical mainstream views because she’s saying whatever seems good to her in the moment.

Just remember- as a survivor of Southern Baptist conversion therapy (me, not you I assume) - the goal is not logic. The goal is to have the football team that wins on Sunday. The goal is to be top dog of the pile no matter the cost - it has nothing to do with ideology. As an atheist I admit that real Christianity has nothing to so with “modern” Xtianity. There’s no such thing as nobility anymore, just notoriety at the expense of all humanity. I’m certain you’re a person who understands this, I’m just feeling increasingly angry and bleak about where idiocy like this is leading us all.

The end of the world will be paved with catchy, misleading “news” headlines.

but this is still weirdly off-brand.

My guess is that she was talking about same sex couples adopting children and just flubbed the delivery. It’s still just as terrible, but I suspect that’s who she was trying to refer to as “fake mom” and “fake dad”.

My mom married my dad who was a widower with two kids (one being me). Dad was a Christian preacher. My mom has been at times so much more supportive than my dad.
They’ve been divorced for 30 years or so, and she’s remarried.

She knows exactly what she is doing.

And she’s doing a great job.

Do you remember Roy Moore? No, didn’t think so. 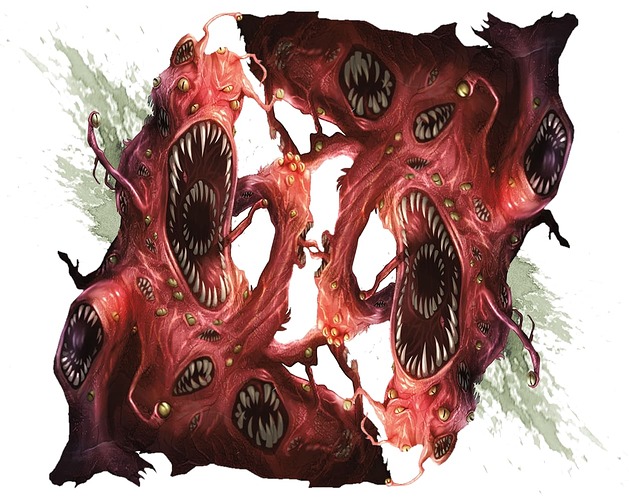 I don’t know who is worse; the fountain of hate that is MTG, or that smug faced enabler smirking next to her. 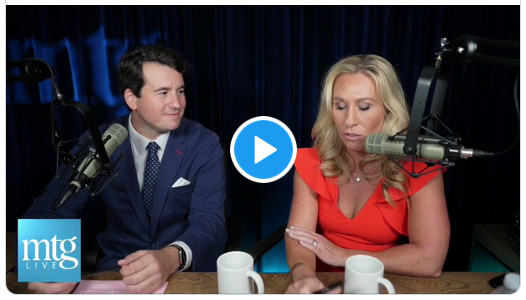