While the focus is rightly on her so-callled “family values” positions, Barrett is also symbolic of the long-standing alliance between Xtianists and greedhead moneyCons and Libertarians.

For almost 50 years, the multibillionaire has been pushing for a court unfriendly to regulation of the market. He may be on the brink of victory.

Despite hypocrisy, coronavirus regulations, and the absence of several GOP Senators who have been diagnosed with COVID-19…

…and against the wishes of American voters…

A slim majority of voters oppose Barrett hearings, though a consistent...

Landmark abortion ruling is expected to be the focal point as hearings begin Monday for Trump nominee.

The policy decisions and value judgments of government must be made by the political branches elected by and accountable to the People.

Oh, does that mean she would be favorable to a structural reform to a civil law system ?

If she is seated, expect the press to refer to certain Supreme Court outcomes as “Amy’s Dred Scott Decision…”

Despite hypocrisy, coronavirus regulations, and the absence of several GOP Senators who have been diagnosed with COVID-19

Just a reminder that Lindsey Graham has refused to be tested despite being exposed through multiple contacts with positive people, and he’ll be sitting next to 87-year-old Dianne Feinstein.

This hearing may well turn into an act of negligent homicide.

By Barrett’s own logic they should at least ask her straight up whether she would need to recuse herself from death penalty cases: https://scholarship.law.nd.edu/law_faculty_scholarship/527/

It seems to me that if she is in fact anti-death penalty, this might be enough to sway at least a couple Republican senators against her.

Get used to it –– the republicans are going to win this one and the court is going to be 6––3.

We have to beat as many of these republicans as possible and take the Senate - or this will be lost. Take the Senate and add 4 justices, plan on it.

Take the Senate and add 4 justices, plan on it.

If the Dems take the senate, will they have the guts to do this?

Anything that involves modern technology? Well, the constitution doesn’t have anything to say about it - so either we just can’t rule, or we would have to make a judgement about what it WOULD mean or say…but we can’t do that.

will they have the guts to do this?

They have no guts, and I’m voting for them.

I get sick of voting for people who merely stand up to bloviating authoritarian assholes who violate every line of decency, instead of seriously trying to fight back.

It’s like voting for the smart kid who constantly gets bullied on they playground, by jocks violating every rule, while the teachers (SCOTUS) should know better but look the other way, saying it’s the parent’s problem.

Who I want to vote for is the smart loner badass who steps up and kicks the shit out of the bully so bad he publically shits his pants, then proceeds to get the teachers fired for willful negligence.

Except that person as a party is nowhere to be found- they moved to another school (country) to escape this rampant stupidity.

I’m voting for them

The sad thing is that everybody who votes for them already knows this is what they are like and expect no different.

This is a reminder, from an attorney, that "originalism" is just a euphemism for conservative judicial activism. It doesn't mean anything, and its practitioners act accordingly; it's predicated on lazy lies about jurisprudence; it's simply a Federalist Society branding technique.
10 Likes
Mindysan33 12 October 2020 18:23 #25 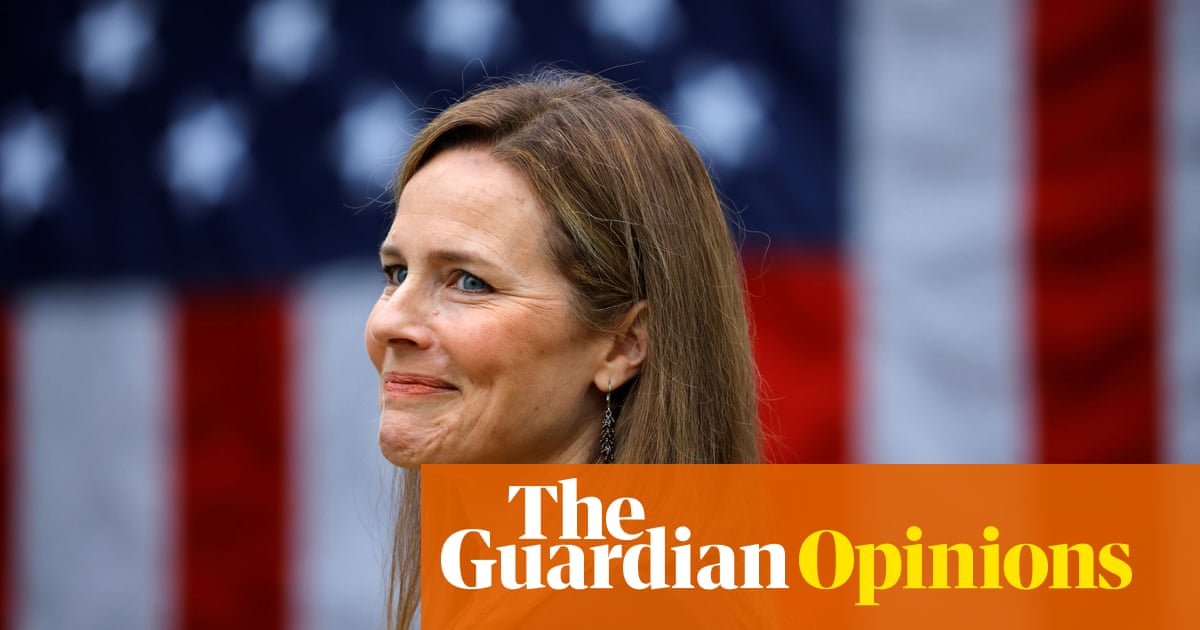 We didn’t have a mascot at Dominican, only an emblem: veritas. But truth is not monolithic – it is informed by our belief systems

It’s obtuse because even the stuff that was in play in 1787 couldn’t be agreed upon by the Founders. Within a couple years they had split into faction over arguments about the meaning of the words in the document they had written.

@thomdunn You should have omitted a c from committed

(See also: the fact that she conveniently committed her anti-abortion advocacy work from her nomination paperwork).

This reminds me of a joke - Lawyer is defending a guy in court, pulls out a chalkboard to show something, and opposing counsel yells out “Objection! - the Constitution doesn’t say anything about using a chalkboard!”
Judge decides to hand it up to a higher court for a ruling, it eventually gets to the Supreme Court and they rule that YES - you can use a chalkboard in court.
So, several years older, the lawyer once more pulls out the chalkboard, then takes a piece of chalk out of his pocket and opposing counsel yells “Objection - the Constitution doesn’t say anything about chalk!”