May the knuckle-dragging default model of masculinity displayed in this stupid commercial soon go the way of the climate-destroying, violence-glorifying product it advertised (discontinued by GM in 2010).

This ad is way too progressive for the current right.

You are not a “REAL AMERICAN MAN

” , unless you have the Hummer, custom with advanced assault weapons storage package, filled with enough meat products to satiate a pride of lions. 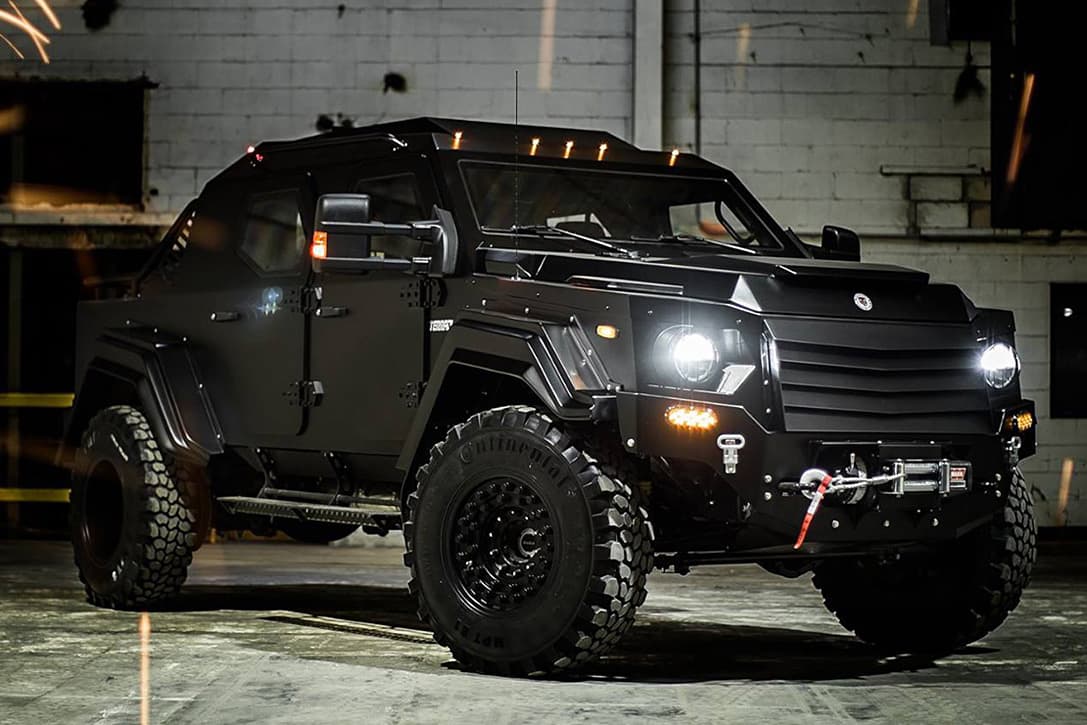 The extra hilarious twist is that the H3, itself, is a small and insecure vehicle engaged in macho posturing.

Under the tinsel it’s a GMT345, a slight variation on the GMT355 light/midize truck design sold as either the Chevy Colorado, GMC Canyon, or Isuzu i-series when not tacticool cosplaying. It’s an even hollower evocation of the Humvee imagery than the H2, which was also a comparative toy; but at least one based on the GMT820 base that they use for full-size truck designs.

It’s a pretty safe guess that anyone operating an actual Humvee or an H1 for civilian purposes is compensating for something; but at least the vehicle itself retains some shred of authenticity.

The 'Murica Man! marketing pitch in weapons is even more disconcerting and, unfortunately, probably no less effective. I suspect that whoever came up with Bushmaster’s especially well known work in the genre really earned his paycheck, and his place in hell, for the idea. 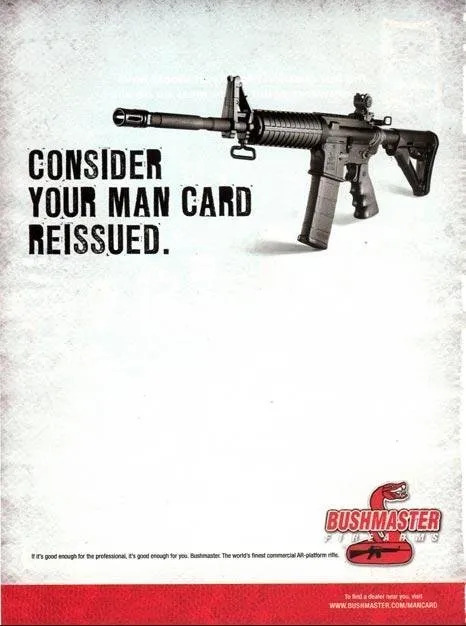 Who the hell writes capital R’s like that? That’s almost the worst part of that ad. 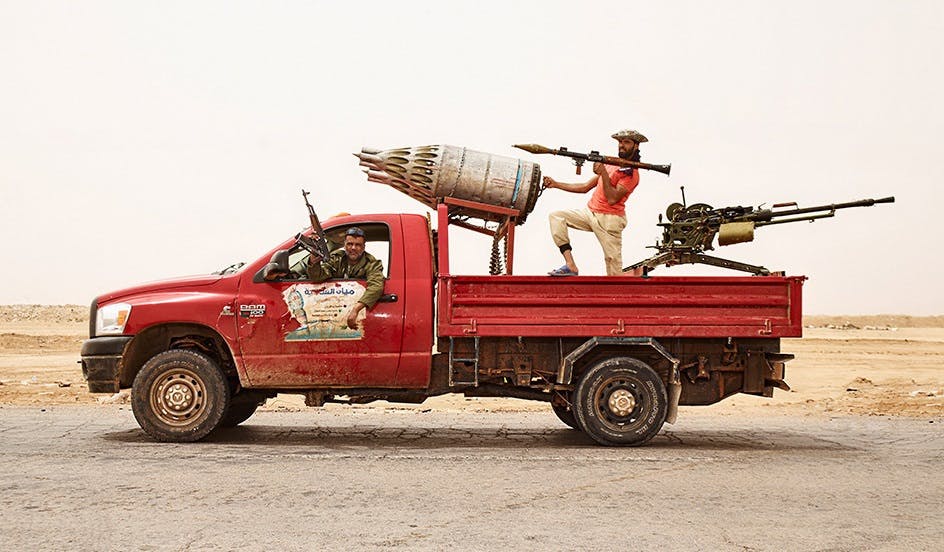 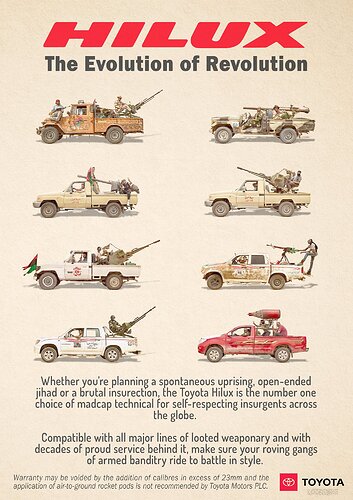