Report: The Snyder Cut was pressured into being by an army of online trolls

Originally published at: Report: The Snyder Cut was pressured into being by an army of online trolls | Boing Boing

Really??? I would not have guess that.

At least we got a long pretentious angsty film out of the deal. Like, I really needed to see a Scandinavian villager longingly huff aqua-mans sweater for a few minutes.

At least we got a long pretentious angsty film out of the deal.

Restaurant Patron: “The food here is terrible… and such small portions!”
Chef Snyder: “Hand me that ladle!”

I’m not at all surprised that there were, ahem, far fewer people demanding the “Snyder cut” than appeared, but is the implication that the force behind the whole thing, the real entity demanding a “Snyder cut” was in fact… just Snyder himself, paying for a bot army? (That wouldn’t surprise me either, frankly.)

I admit I only made it though 30 minutes of that film. It was all the shit I hated about this version of the DC world only way more off it with slow motion. I think I am not straight or CIS enough to fully enjoy that film.

I kinda thought that was one of the best parts!

I’m a big fan of preemptively muting and blocking Twitter accounts that are clearly garbage barges just from the hashtags in their profile. Nazis and Trumpers are autoblocks, as are the various varieties of Gaters and the obsessive fans of that voice actor who creeps on underage girls. And for the most part, whether they’re bots or real, if they’ve got a “Restore the Snyder Verse” hashtag, they get muted and blocked. They never have anything worthwhile to say, and usually, they’re just as noxious – for the same reasons – as the Nazis.

Yeah, I’ve got into mass blocking followers of really horrible nazi bullshit when it crosses my path. Thanfully there are command line tools for that shit.

Both film versions were terrible so

I’ve considered using the digital tools to mass block, but I just get too much joy from pulling the kill switch myself…

Was the snyder cut profitable, or did it amount to an enormous waste of resources?

It was mostly shown on HBO Max. I’m not sure how they figure box office in a case like that…

TSC was just awful. Snyder is very, very good at creating visually pleasing scenes. However, he is an awful storyteller. I feel he could be redeemed if he were to try making films with little to no SFX, thus forcing him to focus more on the story than the visuals.

Right? The Whedon cut was terrible. I started watching the Snyder cut and fell asleep halfway through because it’s a month long. I had no desire after I woke up with the credits running to go back and watch what I missed.

The whole debacle was well satirized in the last season of The Boys. 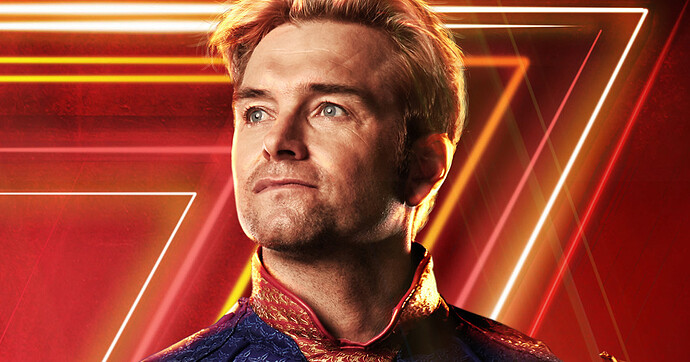 'The Boys' Destroys 'Zack Snyder's Justice League' With 'Dawn of the Seven'...

In the show supposedly there was a troll campaign using the #ReleaseTheBourkeCut hashtag.

Man obsessed with batman and superman but not interested in examining their weird fascist undertones turns out to be a megalomaniac who wields crazed fans as a weapon. Nation shocked.

Editing is cheap in comparison to costs already sunk in the initial production. So its not like Warner Brothers risked much there.