I do so wish Gabby Giffords would pay her a nice visit to find out WTF is wrong with her.

There was a time not long ago when some here considered it unfair to characterise the Republican party as a death cult. We don’t hear a lot from those people these days.

Serious question from someone largely ignorant of firearms outside of video games. That said:

That rifle looks pretty large, or at least appears that way compared to what appears to be a very slim person. How likely is it that a person of her size be able to handle a weapon of that size with any amount of accuracy? Would she even be able to fire it without getting knocked back?

Any idea what the airplane in her logo represents? Kinda disturbing for someone advocating for so much violence. 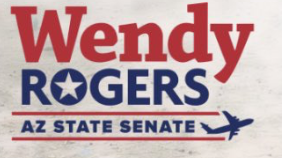 I live in Arizona. The primary election pamphlet just arrived in the mail, with a paragraph from each of the contenders for various state offices. I gotta say, the Repubs have a half a dozen contestants in each primary race, and they are working hard to outdo each other on just how pro-gun, anti-CRT, law-n-order, anti-gay, etc. they can be.
It’s rather nauseating.

I don’t think those kind of people care who they hit, to be fair.

Any idea what the airplane in her logo represents? Kinda disturbing for someone advocating for so much violence.

According to her website she was in the Air Force. Not sure why she would choose what appears to be a commercial airliner in her logo though.

That’s the platform until someone brings an assault rifle to an NRA convention, or a Trump event. There will be some twisty pretzel logic about “not all places, not all open carry” when that happens.

It’s intimidating looking, but it’s a pretty typical AR, firing a .223 round (roughly equivalent to a 5.56 military round… don’t ask me why ammo numbers aren’t consistent in their numbering schemes, I haven’t a clue). The gun itself won’t be too terribly heavy, though it may look like it is, and the recoil from that round is pretty light. She’d be fine with it, just as all women in the military are fine with their M16’s / M4’s / M"whatever the latest is I’ve lost track"

But honestly, it’s more weapon than any civilian really needs. You get all the same features in common hunting rifles, they just don’t look so “cool” to the idiots who love these things.

Note: I’m a former army reserve vet ('85 to '91) and currently own an AR. Which I would never ever fucking flaunt in this disgusting, vile manner, done with the intent to terrorize and fetishize a weapon of death.

Its a “T” tail, so C-141, C-5 or C-17. The backbone of the USAF airlift capability. Former flight crew are incredibly attached to their airplane type. She was probably on one of those, or wants people to think she was. It’s the least crazy thing in that photo.

Thanks for taking the time to answer! I appreciate your call out to the women in the military who handle these weapons just fine. I’d hazard a guess that the training that the military provides is a wee bit better than what your typical civilian ever even bothers to consider, though, both from a weapons safety perspective as well as general physical training and ability perspectives.

Landlords and HOAs should not be able to restrict firearm possession. Check .

ONE good reason for HOA’s! For over 30 years, my HOA has driven me out of my f*cking mind with their petty repair orders! If an HOA can ban firearms in the development, I may just check out the next board meeting!

There was one very unusual toy weapon that — even at that time in my childhood — I found to be disturbing. In the tv ad, a young boy aims his weapon at a commercial airliner in flight. The image of the aircraft is shown in the toy’s cross-haired scope. The boy presses the trigger and a high-pitched squeal is emitted, followed by a snap! Looking through the scope, the aircraft has suddenly disappeared… disintegrated.

Arizona, where Representative Gabby Giffords got shot in the head in 2011.

On January 8, 2011, U.S. Representative Gabby Giffords and 18 others were shot during a constituent meeting held in a supermarket parking lot in Casas Adobes, Arizona, in the Tucson metropolitan area. Six people were killed, including federal District Court Chief Judge John Roll; Gabe Zimmerman, one of Giffords's staffers; and a 9-year-old girl, Christina-Taylor Green. Giffords was holding the meeting, called "Congress on Your Corner", in the parking lot of a Safeway store when J Loughner, a 22...

Oh, and is 2A the only issues facing AZ?

firing a .223 round (roughly equivalent to a 5.56 military round… don’t ask me why ammo numbers aren’t consistent in their numbering schemes, I haven’t a clue)

I’m guessing that precision is important to avoid either gases escaping around the bullet or it getting stuck in the weapon.

Would she even be able to fire it without getting knocked back?

These are weapons designed to democratize murder by a wide array of soldiers with varying body types (note I said soldiers). There is a cavity in the stock that is actually a gas piston. It virtually eliminates recoil. The design on the AR carriage is very light (a gov’t issue M16A2 is right around 5 lbs iirc; ETA, actually 8.8) and designed to swap out accessories like stocks and hand guards. That giant, silly scope is likely the heaviest individual component. Like much of everything the GQP cares about, it is mostly pretense and projection. They just loooove their fake cowboys. 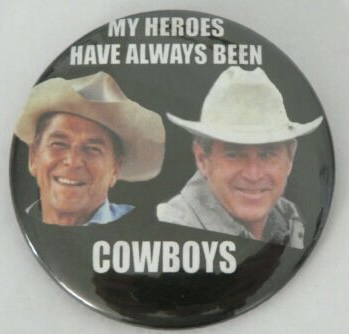 This reminds me. I’ve been waiting for someone from the NRA or some other gun-hugger to make a positive case for mass shootings. It’s always “thoughts and prayers” with them. They need to nut up and explain why mass shootings are good, otherwise they just seem weak.