But this is probably more relevant: 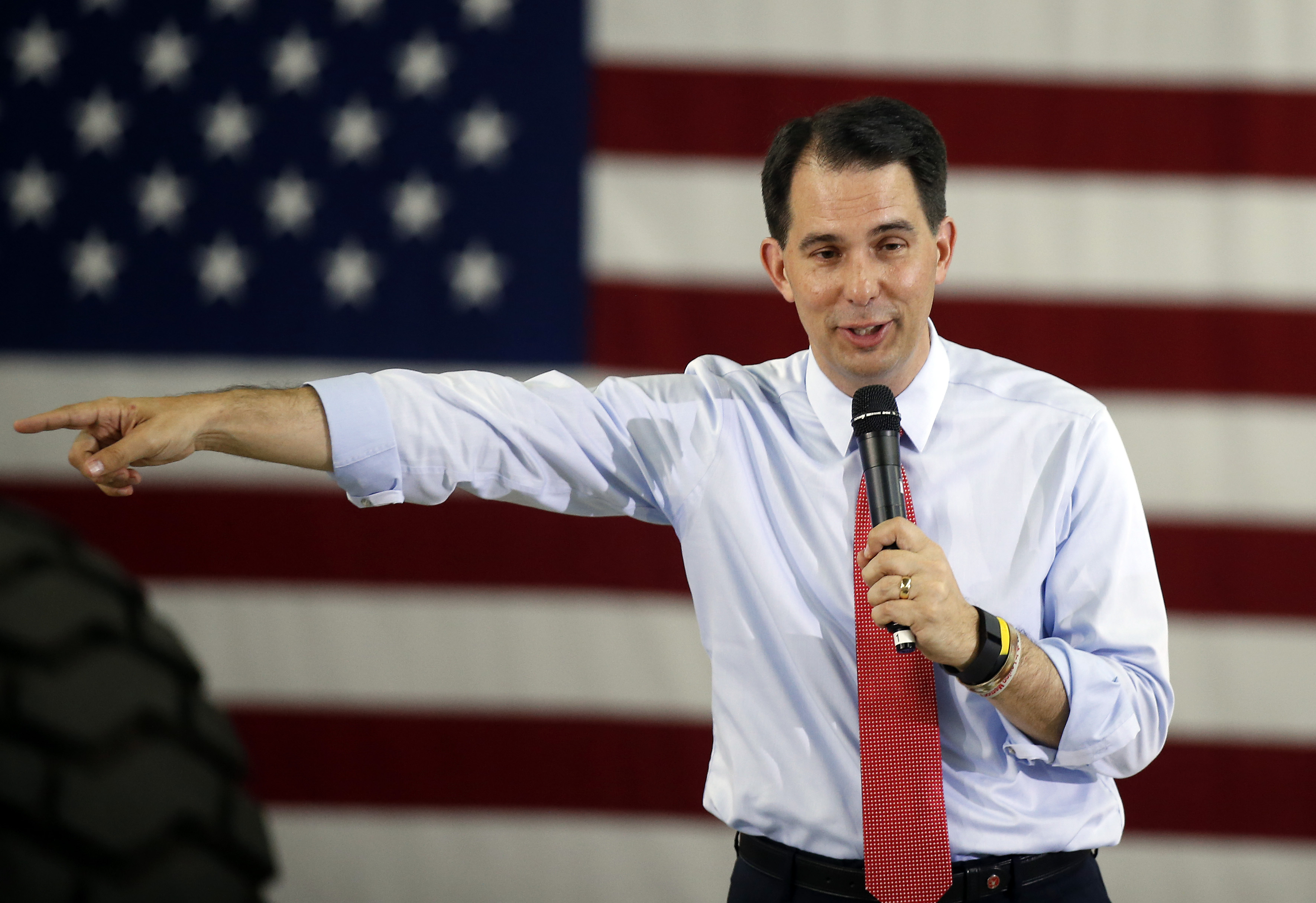 As much as I said he was pretty obviously done, Scott Walker’s departure from the race sure seems abrupt and...

That sound, as if millions of Wisconsinites suddenly cried out in anguish. Now they’re stuck with him.

A year ago, I would have said that it’s a wonderful thing that there’s now zero chance Scott Walker will ever be our President, because that would be disastrous.

But back then, I wasn’t picturing Nuclear Trump…

At least it’s not Richard Dawkins.

Hey, nobody likes a quitter.

I wonder if there’s any way that a refugee program can be set up to help the people of Wisconsin.

Dang! Now we don’t get a Great Wall of Canada!

Cheer up, Buckwheat. Maybe next time, you won’t be the last kid picked for the dodgeball team.

"Rat-Faced Weasel Faces Reality" I think you mean. All that union-busting and Obamacare-hating he was doing in recent years to prove his Republican street cred* was all for nothing, apparently.

*If Scott Walker is following behind you in his car and he starts flashing his headlights, do not pull over.

Scott Walker was running for President of the US? I thought he was signed to 4AD?

I love the bizarro positive language he uses. He feels “called to lead” by quitting?! It’s like he’s trying to preëmpt mockery by being more ridiculous than even the broadest satire could manage.

Hopefully he’ll heed that call to lead in his governorship too.

That sound, as if millions of Wisconsinites suddenly cried out in anguish. Now they’re stuck with him.

We are, yes, but it’s one of those we’ll suffer for the greater good kind of things. He may have fucked up Wisconsin somewhat, but at least he won’t be getting his mitts on the presidency this time around.

From the state that gave you Joseph McCarthy…lets just say they can do a lot of damage while still in service to the state.

But also Russ Feingold, who I really like and who is running for Senator again!

WI Dems need to get their shit together, I think. They’ve gotta have some awesome folks bouncing around in there (hell, Madison is probably full of 'em!). It can’t be THAT hard to win against a dinkus like this, and yet you’ve already flubbed it twice. COME ON, GUYS, DO US A SOLID. Give us a 2020 Democrat contender!