They’ve tried to run for the Senate here in Colorado for many elections. Glad to say they’ve always failed despite the piles of money spent.

Ah, but what did he die from? If they don’t mention, it might be how David Carradine went.

I would certainly say for worse, without hesitation. He aided and profited from the current toxic divisions we see in our political culture, for no reason other than to line his own pockets.

I like this site, never tripped over it before:

@Melizmatic - exactly. That’s exactly the point I was trying to make.

I see no reason to avoid speaking ill of the dead.

It makes for a lot of interestingly selective obituaries.

Sauron, one of the greatest of the Ainur, passed away on March 25. It had been under his tutelage that the kingdom of Númenor reached the height of its power, and even after suffering serious injury he went on to bring Mordor to a central place of influence. Besides his bold if sometimes controversial leadership, he will be remembered for his marvelous tricks like shape-shifting, practical jokes, and above all his fine skill in crafting beautiful yet functional jewelry. He had been fiercely loyal to his chosen boss, and in turn inspired a special and undying loyalty in those closest to him.

For better or worse, Sauron was one of the most influential figures in Middle-Earth politics for three ages of the sun.

That’s how so many memorials for people like this end up reading to me.

Sauron, one of the greatest of the Ainur

I dunno. He was a Maiar, not a Valar, so I don’t know if that would apply.

The rest seems accurate, though.

Apparently his last, dying words were:
“If… I could only… have gotten them… to wear their skirts… a little… higher…”

My thoughts on this are as follows:

“Roger would it kill you to stop harassing the women who work at Fox News?”

Yes, thank you, I should have said Maiar. But then, it probably works better as an example if I leave it with the hyperbole, right? I’m only sorry you already have a pendant.

To quote a Face Book friend, "In the spirit of if you can’t say anything nice about someone…let’s share a moment of silence over the passing of Roger Ailes’

For better or worse, Ailes was one of the most influential men in American politics for the last 50 years.

Is the answer “worse”

There’s no doubt that many believed Roger Ailes to be an abusive asshole, and that the organizations he created or helped foster do not serve the causes of most. I take no issue with being glad that his death removes his remaining influence over such things (or the future in general).

I do take exception to some comments above regarding the death of others. This isn’t an appropriate venue to wish for the demise of others. Please be respectful to your fellow BBSers who may have lost loved ones.

The Mercers also joined the Council for National Policy, which the Times has described as a “little-known club of a few hundred of the most powerful conservatives in the country.” The Mercers have contributed hundreds of thousands of dollars. The group swears participants to secrecy. But a leaked 2014 roster revealed that it included many people who promoted anti-Clinton conspiracy stories, including Joseph Farah, the editor of WorldNetDaily. The group also brought the Mercers into the orbit of two people who have become key figures in the Trump White House: Kellyanne Conway, who was on the group’s executive committee, and Steve Bannon.

What’s the other kind? 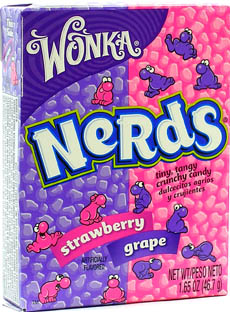