Why country music stars are reluctant to speak up about Charlottesville rol.st/2ilpCd5 https://t.co/1iYoURn5Hh 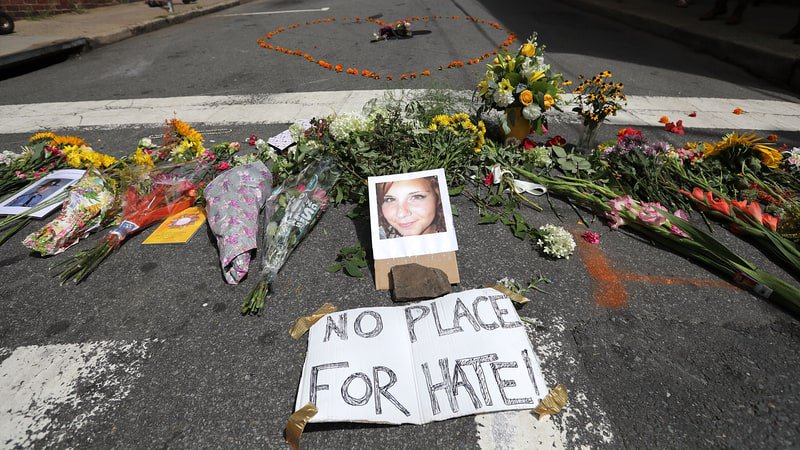 A few years ago, I went to a country bar regularly here in California. One of the women bartenders had a black boyfriend sitting at the bar. She introduced us, and we chatted briefly. Later she told me he said that was the first time a man in a cowboy hat had ever been nice to him.

Headline: “Why Country Music Stars Are Reluctant to Speak Up About Charlottesville”

Content: lots of examples of Country Music performers speaking out about racism and neo-nazis

But country stars still seemingly live in fear of getting “Dixie Chicked.” It has been over a decade since Chicks singer Natalie Maines’ onstage comment about being “ashamed” by George W. Bush got the band blacklisted from country radio, but the specter of bonfires fueled by disowned copies of Wide Open Spaces remains a a constant reminder of what’s at stake if you step out of line. Or speak up.

Bold claim but for one thing the circumstances are a bit different.

In March 2003 when the Dixie Chicks made their remark, Bush’s popularity was rather high:

George W. Bush, the 43rd President of the United States, has elicited a variety of public perceptions regarding his policies, personality, and performance as a head of state. In the U.S. and elsewhere, journalists, polling organizations, and others have documented the expression of an evolving array of opinions of President Bush. Time magazine named George W. Bush as its Person of the Year for 2000 and 2004, citing him as the most influential person during these two years. The approval ratings ...

To quote from that Wiki article:

In 2003, Bush’s approval spiked upward at the time of the Space Shuttle Columbia disaster in February. The upward trend continued through the invasion of Iraq in March.

It’s easy to say that country singers don’t bear any political responsibility, that their job is only to entertain us with fun songs that take our minds off current events. But there are very serious consequences to the genre’s post-Dixie Chicks policy of isolationism. When the issue is as cut and dry as racism and bigotry, artists shouldn’t refrain from getting “political” for fear of losing some close-minded fans – fans they’d be better off without.

The musician who introduced me to country music back when I was a punk kid also offered some relevant advice along the lines of “make music about whatever you want but be damn careful what you say to the press or public, someone is always gonna take it out of context”. Oddly relevant since Rolling Stone themselves have been known to do exactly that.

In the end, country performers are people with various opinions, fears and concerns like the rest of us. Generally its not a good idea to make entertainers your heroes or gurus to begin with.

[Source for that hilarious screen shot is Seth Meyers.]

Thanks. Don’t know if thats a real statistic or not. As a side note, living in Japan, the idea of what American “gas station sushi” must be really sets this in a very stark light.

Gas station sushi is an invitation to gastrointestinal nightmares. If they have automat sushi in Japan, it’s probably a couple rungs below that in trustworthiness.