Why the quotation marks around “decommissioned”?

The USAF has a habit of spilling some pretty gnarly stuff, almost all of it very very bad to live in a confined space with the residual vapors of. Even -after- you can’t smell it anymore.

Considering the effectiveness that gas fumes would have in covering up the stench left behind by decomposing saucer people, this all seems a little too convenient.

That looks like the door that Glados kicked Chelle out of.

Probably still an improvement on the normal smell in Roswell.

What’s wrong with the secret headquarters you already have? Lava problem?

The photos instantly reminded me of “Chosen Survivors”, an insane 1970s movie. An assortment of people are drugged and brought to an underground facility where they are informed that the surface of the planet is being destroyed in a nuclear war, which they are shown. They are incredibly pissed to find out that the war was faked, and they are being kept there as an experiment, and can’t get out. And, to make matters worse, the underground complex is then infiltrated by swarms of vampire bats!

Sorry if that’s spoilerish, but it really is more the setup than the whole story, and it’s 40+ years old anyway. 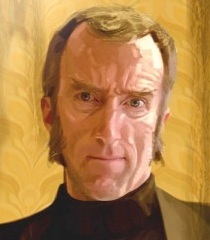 Just what I’m looking for! Who is ready to make some science?

the stench left behind by decomposing saucer people

If it was in some less-nonfree country, I’d consider it as a lair.
So far it looks I’ll have to make my own. As usual.

Just fake the paperwork. It’s not like the govt has any meaningful mid-to-long distance deportation capability anyway.

They have their own environmental cleanup division. I have a friend in this division at an East Coast air force base, and he’s got some stories. They are much better about these things (prevention and cleanup) now, but back in the day… yeah.