Huh, they didn’t just tase him or shoot him? I wonder why…

And…we all know the answer to why the suspect wasn’t shot by the cops.

Is that Trevor Phillips exercising his white male privilege? 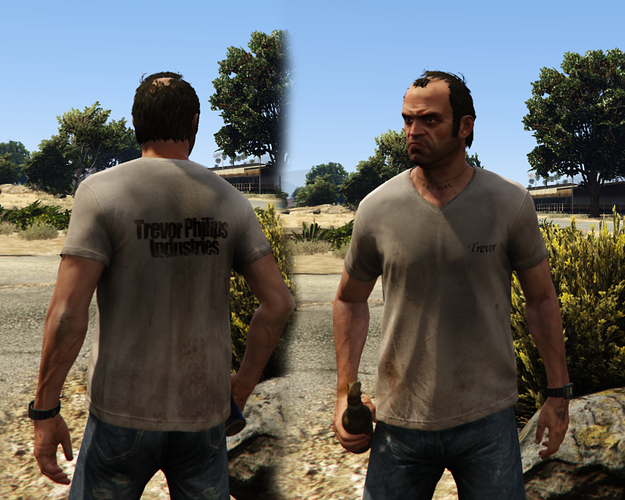 Is… is he wearing a sweater vest?? It’s hard to tell from a distance, but… 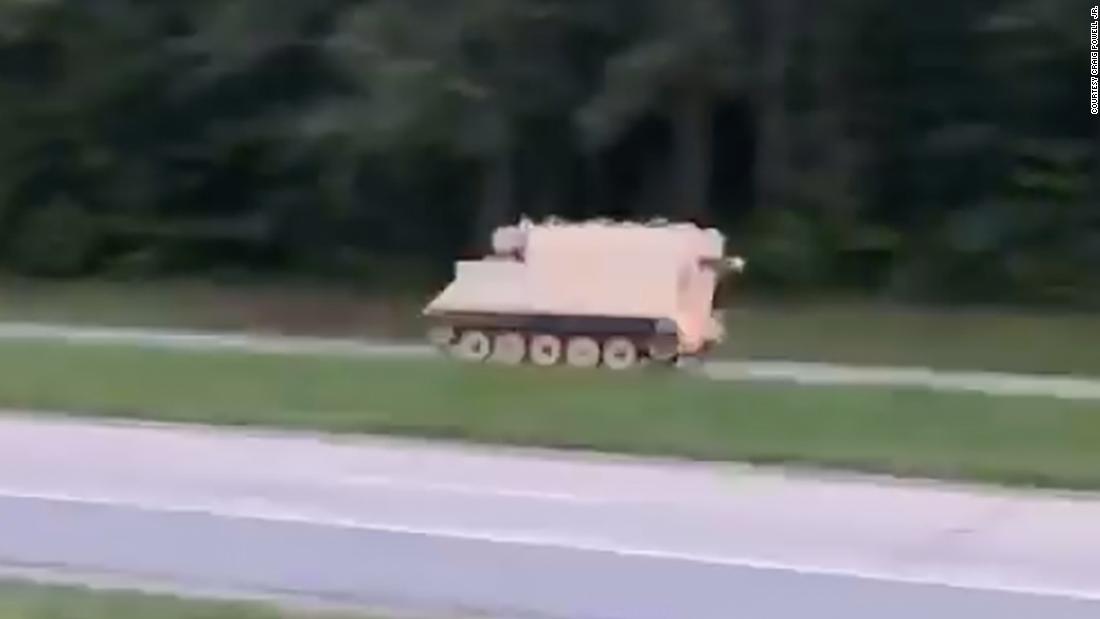 Soldier who led police chase in armored vehicle charged with driving under...

A Virginia National Guard soldier faces charges of driving under the influence of drugs and eluding police after authorities say he drove an armored military vehicle in a two-hour police chase.

I’m wondering where the driver of the blue car is in all this - it doesn’t look like they’re in the car. If they were, I would assume the assault would have been upgraded to attempted murder…

Well, we don’t have his name (which could potentially tells us something about his race) and the video is from a distance (so making out what his race is is difficult)…he may not in fact be white. He looks to be a lighter skinned Latino to me.

I am happy anytime police officers do not jump right to shooting someone, regardless of their race.

They need to start using this video to teach Canadian drivers the proper way to respond.

I like how he is so very careful as he is backing up each time.

Please don’t do that any time soon. This is clearly an unbalanced person who needs professional help. Let him do his time in a hospital setting and we can deal with the damages in a civil case.

Well, he got all the attention he wanted…

Because these are good cops? C’mon people, save your criticisms for when they’re warranted. This situation was handled with an amazing amount of restraint and the cops involved should be commended for it, not bashed for how they might have handled it differently had the guy been a different person. 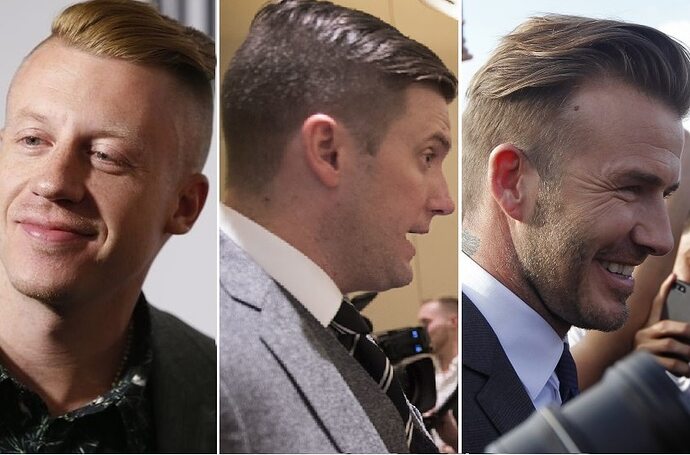 Analysis | Does this haircut make me look like a Nazi?

How young fascists ended up with the same signature 'do as lefty metrosexuals.

Just because they handled this case well doesn’t mean that a LOT of similar and much lesser cases involving black people haven’t been handled nearly as well.

I mean come on, if this guy had been black, many cops (though maybe not these ones) would’ve gone after this guy with guns and tasers drawn, and then ended up with a dead or severely injured “suspect.”

Thank you! I had not clicked through…just watched the video itself.

So it confirms my impression that he is in fact not a white guy. And while the argument can still be made that “because he wasn’t black that’s why the cops didn’t shoot on sight”, I still would like to think they more saw a human being in extreme distress and chose to deescalate the situation.

We can have both…but is this thread off this post where we should proclaim how awful cops can be, or would that not be more “off topic”?

well, it looks like SOMEBODY had a busy day. and somebody’s insurance agent is going to get a VERY interesting claim.

Meh, I think “cops taking someone into custody well, versus how often they fail to do so” is on topic.

It looks that way to me; though he appears to be anything but “casual”.