Not if a rich person’s child was the culprit. Then it’s all

Digging holes is fucking hard. It looks like they used a back hoe. One would think that would help narrow down who did it. Did they cart away the dirt, or is it in a pile near by?

things are much worse than we realize.

Might need some caveats on the “we” in that statement. Plenty of people (here on these threads, and elsewhere) have been sounding the alarm for ages about the rise of fascism in this country and the wider world.

we’re further along the path to fascism and violence than is being acknowledged.

For various reasons, the cops will keep refusing to acknowledge it. Even the feds, who finally admitted that right-wing terrorism is a problem, won’t acknowledge that there are now elected officials who are actual fascists.

“We” as a society have to come to admit that fascism has returned to American mainstream politics and name it as such if we’re going to fight it effectively.

“Ah, before you go, Mr Schicklgruber, I’ve got one last question…”

Some of us have been saying this for a while, in fact.

It looks like they used open-source type rather than fund a type foundry in Russia, yet couldn’t afford the W and instead used slant and reverse-slant V, and still left some poor choices after. Probably super-neat supervillains revving up on the sly to celebrate their conversion from Judaism to Catholic to Satanist; soon 3-D routed exhumations next to dirt constructions will start showing up between 2:20 and 4:10 AM, animatronic reverse-bible-chanters scutting about on the perimeter in Comcast hoodies. If it all comes off, dead chicano dogs will bolt again! Parks near stations will say MECHANIS3 0R GTF0, and have dirt trails to a dirt and dunnage mockup of a loam drill on gantry with many impossible parts.

While I’m at it, in Sandman was there a plot from hell that just got dropped hard? They could style themselves like Satan from that. They’ll be caught 12 years on for advocating for an anti-saint’s annual festival where the turn-saint loses $20k every January.

Nah, more likely it is -inverse- hate, with the occult WEL ❡directed at the souls bound to public golfcourses to free them from their earthly duties whispering broken LaTeX into golfer’s ears. Screw loose, screw tightened.

“If you have a Frank as your friend, he is not your neighbor” -Byzantine proverb

Filomeneshaia Jewoontdidifilles and her family laugh at your oversight of the many, many Didifilles of Sacramento.

someone carved an 18-inch deep trench in the shape of a swastika above the letters “F JEW”. Sacramento County Sheriff’s Office are trying to figure out if what happened at Cherry Island Golf Course in Elverta was a hate crime.

I know it isn’t the case, but the absurdity of someone carving “F JEW” as in the “Press ‘F’ to pay respects” meme from Call of Duty: Advanced Warfare, makes me want it to be true. 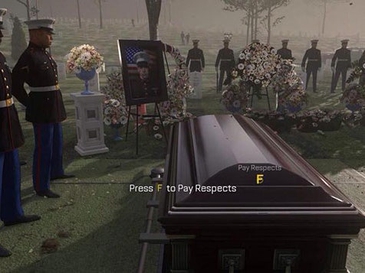