Jumping Jesus, is there nothing sacred in this age of the tangentially related? That’s a (soon to be pristine) Canadian ice surface.

Obama will answer for this.

That’s a (soon to be pristine) Canadian ice surface.

There is a Canadian flag on the wall, but I don’t think we’ve annexed Iowa.

Acccording to la Palin he suffers from PTSD - which is a bit of a mystery as he never served in a combat role.

And let’s not forget, he only went into the Army to avoid prison after being convicted of slashing the tyres on a school bus.

Well, get on with it, then!

Acccording to la Palin he suffers from PTSD - which is a bit of a mystery as he never served in a combat role.

You can get PTSD without serving on the military frontline (I did, when was repeatedly attacked by fascists), although I don’t think that applies to Track.

PTSD isn’t a get out of jail free card anyway. I learned to spot if I was likely to have flashbacks and warn friends that they are about to happen as quickly as possible. I am still responsible for my actions.

Who names their kid Track? Is that a common name, up Alaska-way?

Names that are easier to say when 20 below zero??

Came here to say this. Apparently the Palin children all have pretty weird names: Track, Trig, Willow, Bristol, and Piper.

I was going to guess it was from hunting animals, but the internet is telling me it’s because of the Palins’ interest in sports and coaching–Track was born during the track season.

Track was born during the track season.

Whenever Trig was born?
(Or was that the question.)

Palin is an ungodly wretch who has done harm to many Americans. A vicious human with no identifiable value.
That said, I don’t want to hear about the pain in her family. It serves no good to know about the misfortune of her kids. It doesn’t help change the politics of the nation, there is no moral to the story. I’d much rather hear that one of her kids has decided to work for the public good. That would be worthy of note.

It was a trick question, it’s always time for trigonometry.

Track was born during the track season

I guess it’s lucky none of the kids was born during hurling or stoolball season. 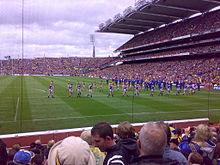 Hurling (Irish: iománaíocht, iomáint) is an outdoor team game of ancient Gaelic and Irish origin. It is administered by the Gaelic Athletic Association (GAA). The game has prehistoric origins, and has been played for 4,000 years. One of Ireland's native Gaelic games, it shares a number of features with Gaelic football, such as the field and goals, the number of players, and much terminology. There is a similar game for women called camogie (camógaíocht). It shares a common Gaelic root with the... 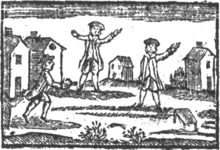 Stoolball is a sport that dates back to at least the 15th century, originating in Sussex, southern England. It may be an ancestor of cricket (a game it resembles), baseball, and rounders, in fact stoolball is sometimes called "cricket in the air". There is a tradition that it was played by milkmaids who used their milking stools as a "wicket" and the bittle, or milk bowl as a bat. Hence its archaic name of bittle-battle. The sport of stoolball is strongly associated with Sussex; it has been refe...

A vain attempt to keep him on the straight and narrow.

Consider his mother. That gives me PTSD!

They could have named him “Hurl,” but pronounced it “Earl.”