It’s like he had a rough moch-up and the city council said, “We don’t have enough money for anything else. When it’s bronze people will love it.”

The new one is still a rather cartoonish portrait, but at least it’s not so scary.

My favorite controversial statue to date: 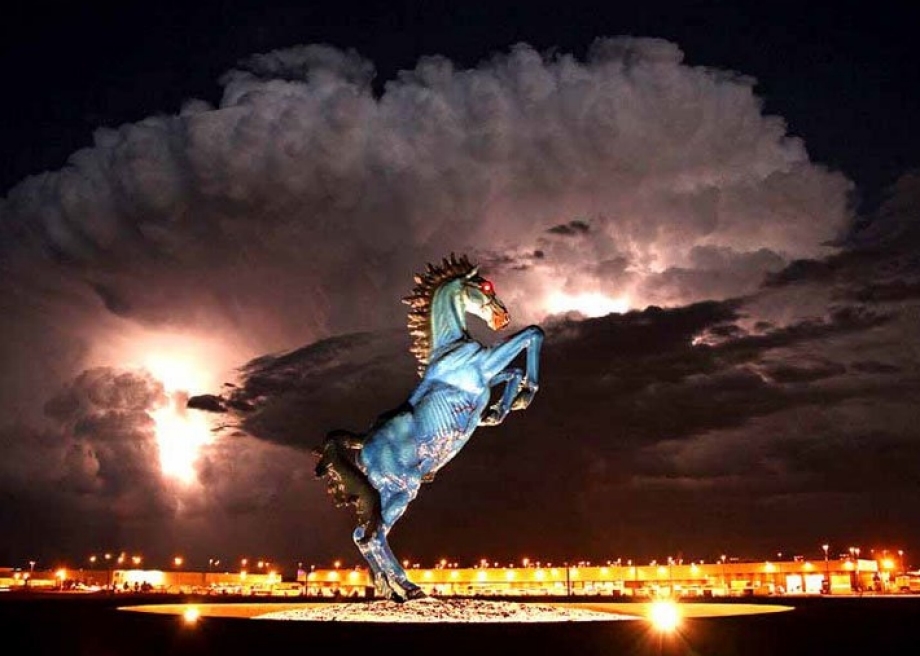 Dave Poulin actually has a maquette of the Lucille sculpture on his website under the ‘Other’ category. It’s not quite as bad as the final sculpture, though her facial features still lack the necessary character. Choosing the Vitameatavegamin skit was a bold move; I would have picked the chocolate factory routine, but that could off the rails just as easily. I suppose he could have picked the egg tango, which could have been an even more spectacular disaster.

Rather than dwell on the sculptor’s mistakes (he has produced a very large number of works - at least 120 - and in bronze that’s no small feat) it seems to me another key part of the story revolves around small town politics. I shall refer to the Facebook group that spearheaded the campaign to replace the work:

We Love Lucy - and we got our new statue

Some people are writing me asking about this story so I will briefly share it. The Mayor of Celoron asked me to speak at the unveiling about a week ago on behalf of this page. About an hour before...

The Scary Lucy and other equally insane statues are discussed here: 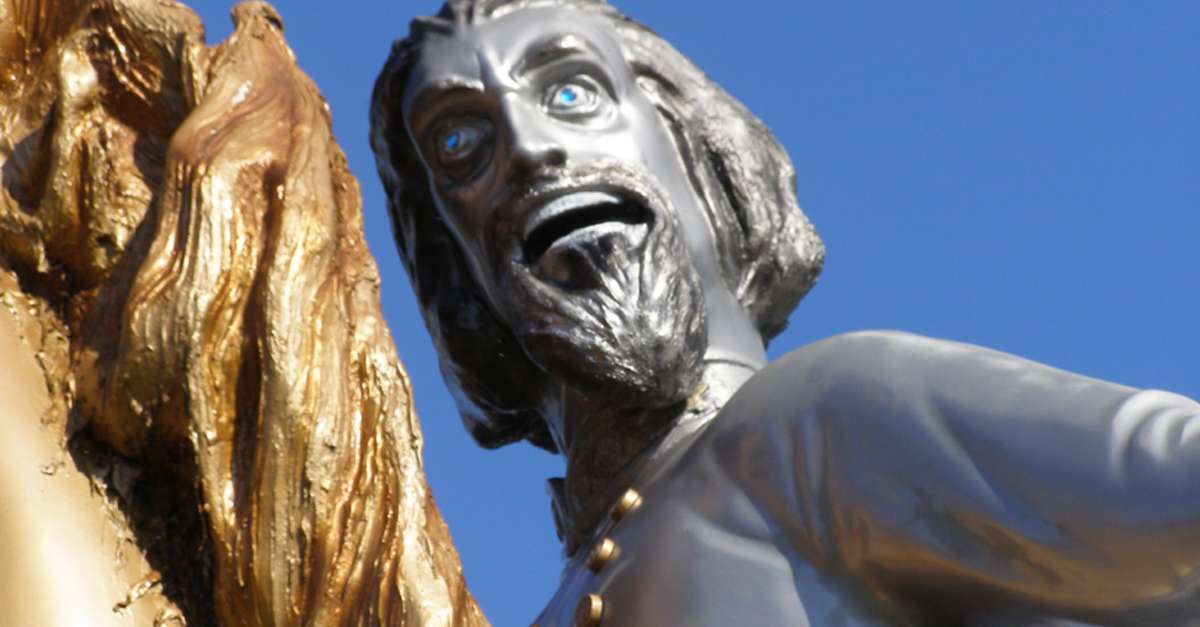 The tribute to Nathan Bedford Forrest looks as if someone took the original Burger King and smothered him in liquid metal as he screamed in agony. 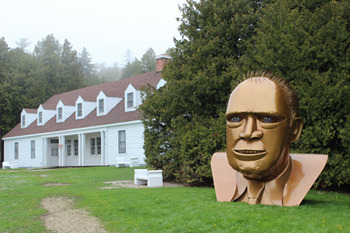 … and yet more sculptural ridiculousness (including @tropo’s favorite): 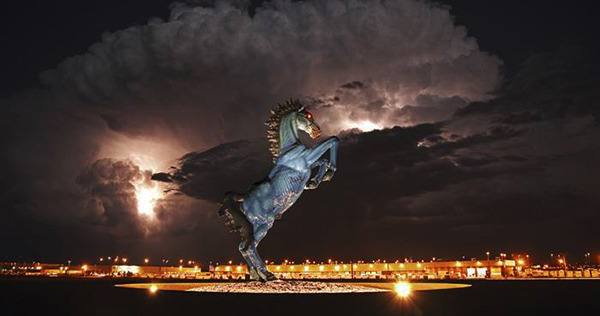 The 14 Most Unintentionally Terrifying Statues in the World

A person can paint something with no guarantee it'll be around in a few years. But when a sculptor creates a horrifying monument to his own insanity, that shit gets erected in city park or town square somewhere.

I don’t understand the controversy about Blue Mustang. It’s a bit stylized, but I wouldn’t call it bad sculpture. Maybe they can’t get over the color scheme. 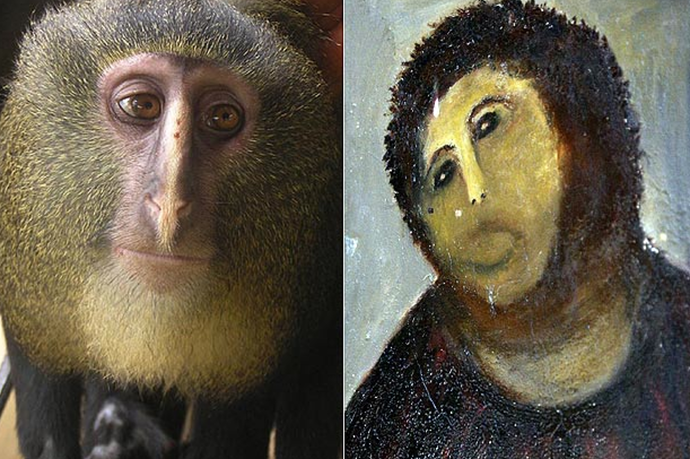 I think the artist just got the work orders crossed up and thought it was supposed to be a Paulie Walnuts statue: 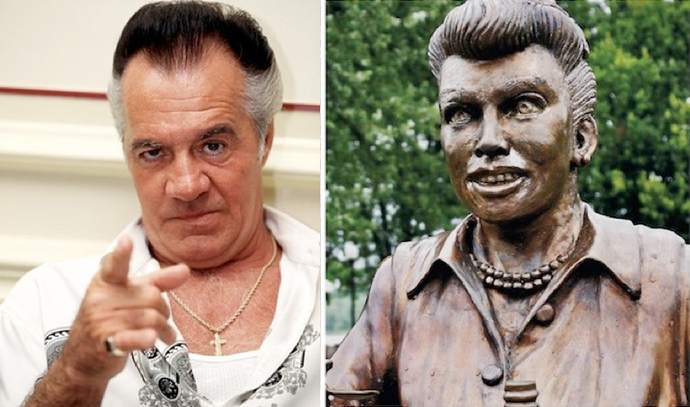 The person responsible for the Nathan Bedford Forrest monstrosity is, I believe, a huge racist but also has a grudge against the mayor’s office so the statue is intended to be an eyesore.

Maybe the Lucille Ball sculptor had an issue with the city too.

I really really want to add a long reptilian tongue.

And an entire line of shitty Intel processors came to be.

Now that Gerald Ford one is one hell of a spiritual likeness, at least.

Hell, you should see Scary Desi. 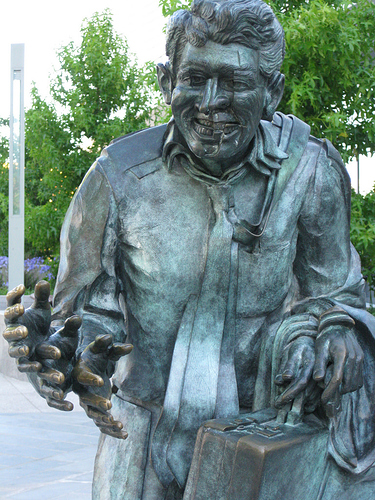 Moscone Center; ya gotta shake his hands when you walk by.

Hello? Is it me you’re looking for…?

Hello? Is it me you’re looking for…? 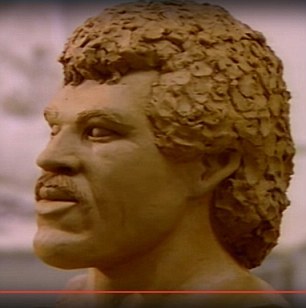 That’s how I remember him.

The park should sell souvenirs, offering tourists a choice between Scary Lucy and Stepford Lucy. I can guess which one would sell more.

Looks like he spent a little too much time listening to Weird Al.

I think it was @milliefink who asked if this might be a statue of PopoBawa: 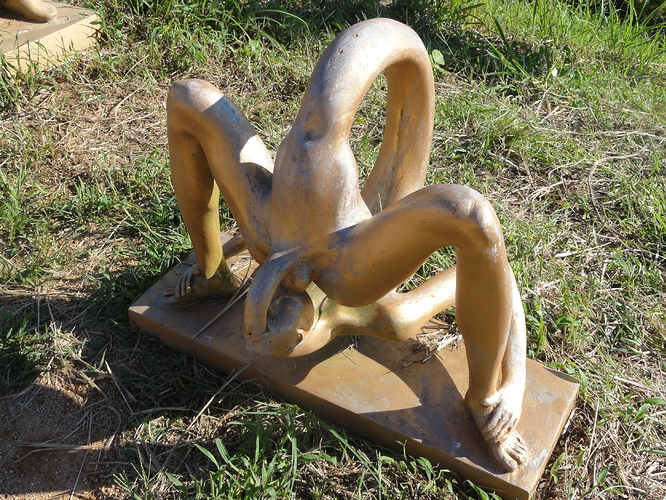 On the bright side Poulin’s statue can be recycled for an Eleanor Roosevelt monument.

Maybe. I was more thinking that Lucy shared a hitherto undiscovered ancestor with Eddie Munster.