Pedantry alert: should really be long sleeve, with a black v-neck collar.

Also, didn’t those guys usually just disintegrate and disappear when blasted? I don’t recall many bodies getting beamed back to the ship.

That price is both expensive and oddly specific.

I don’t get the white “pattern” lines…

Unless your name is Montgomery Scott, you would only be caught dead wearing one of these.

Yes that looks awful. And the thing is supposed to be a print of some actual ST image so… ¯_㋛_/¯

That shopping site was pretty sketchy. That being said, I did like seeing the red shirt meme made physical. I’ll probably get a version from another vendor.

Artifact of the printing process, I think - where the fabric was bunched together, but now separated.

Artifact of the printing process, I think - where the fabric was bunched together, but now separated.

I was hoping that they were some stylistic rendering of the shirt, not meant to be taken literally, however this Amazon listing suggests you are right:

“Hand Printed in the USA using a Dye Sublimation Process that creates slight imperfections over seams and folds.”

Better to get a red t-shirt and mark it up yourself rather than a poorly dyed white t-shirt. 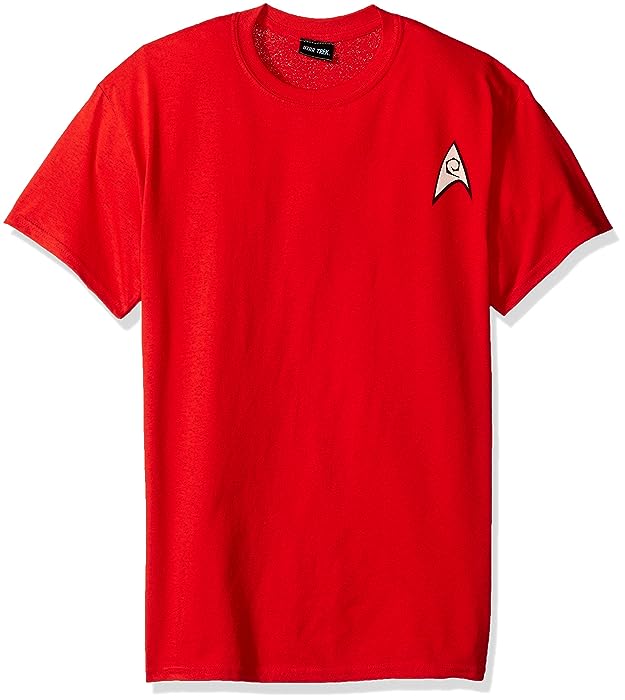