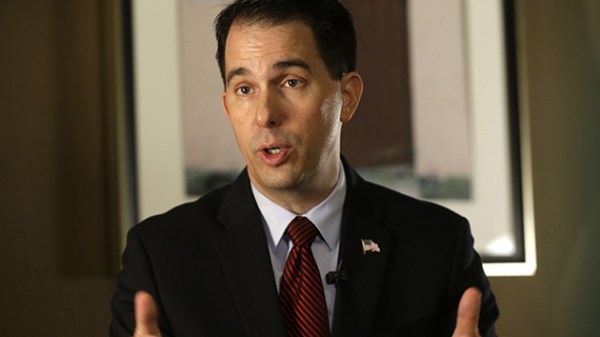 The perks of being a woman in the Wisconsin governor's world.

I’ll give you an example. I’m pro-life, I’ve passed pro-life legislation. We defunded Planned Parenthood, we signed a law that requires an ultrasound. Which, the thing about that, the media tried to make that sound like that was a crazy idea. Most people I talk to, whether they’re pro-life or not, I find people all the time who’ll get out their iPhone and show me a picture of their grandkids’ ultrasound and how excited they are, so that’s a lovely thing. I think about my sons are 19 and 20, you know we still have their first ultrasound picture. It’s just a cool thing out there.

I saw this earlier, where 538 said that the only purely moderate Rep candidate was George Pataki. Don’t know anything about him, any comments?

Rick Santorum, like many other candidates running for president, has very little shot at the nomination. But unlike most of the other also-rans, Santorum’s seco…

Some months ago, Jeb Bush said something to the effect that a Republican presidential candidate would have to be willing to lose the primary to win the election. The right has moved so far to the guano end of the political spectrum that a moderate will never make it out of a primary. Pataki seems moderate to me and he says he wants to focus on meaty issues and not the social issues that fire up the base. History suggests that makes him non-viable in the Republican field.

This topic was automatically closed after 632 days. New replies are no longer allowed.