At some point, though, reasonable Trump supporters (yes there are some) will have to admit that this Trump-Russia story is not fake news.

Tillerson might not have really been Trump’s idea, but might actually have been a decision made by Trump’s boss, the Kremlin.

Apparently someone’s not happy with Tillerson either: 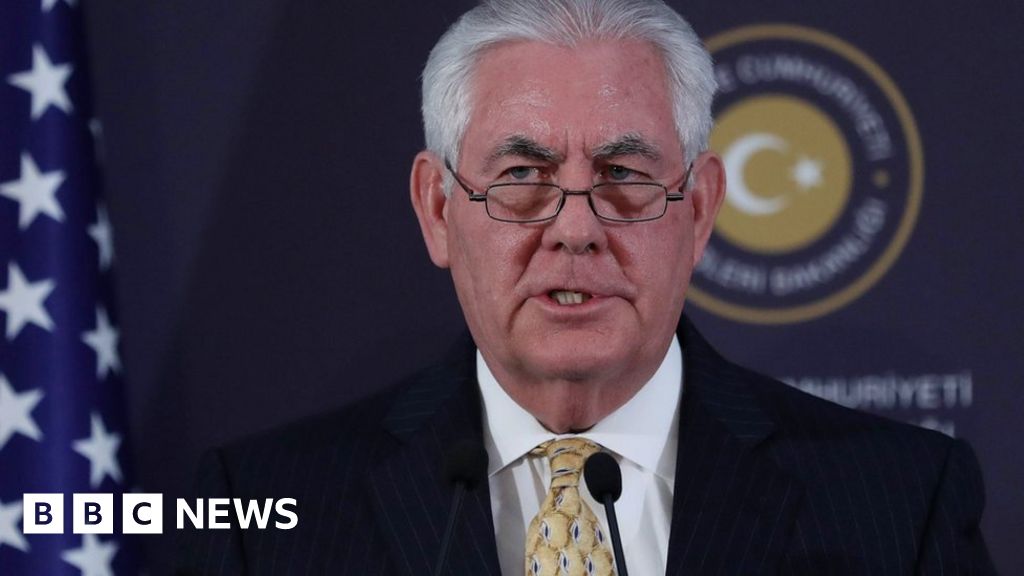 Mueller is now looking into Middle Eastern influence as part of the Trump...

The special counsel is looking at the White House's connection to the UAE.

"The Times reported that (George) Nader, who has been working as an adviser to Abu Dhabi’s Crown Prince Mohammed bin Zayed al-Nahyan, the de facto rule of the UAE, has also worked closely with a top Trump fundraiser, a businessman named Elliott Broidy. Broidy has had significant access to Trump, according to the report.

In one example of Mr. Nader’s influential connections, which has not been previously reported, last fall he received a detailed report from a top Trump fund-raiser, Elliott Broidy, about a private meeting with the president in the Oval Office.

Mr. Broidy owns a private security company with hundreds of millions of dollars in contracts with the United Arab Emirates, and he extolled to Mr. Trump a paramilitary force that his company was developing for the country. He also lobbied the president to meet privately “in an informal setting” with the Emirates’ military commander and de facto ruler, Crown Prince Mohammed bin Zayed al-Nahyan; to back the UAE’s hawkish policies in the region; and to fire Secretary of State Rex W. Tillerson.

Nader also reportedly made numerous trips to the White House himself, and met with former Trump senior adviser Stephen Bannon and Jared Kushner. "

Nobody really knows who George Nader is BTW. “A number of well-connected and experienced Middle East hands in Washington told me they’d never heard of Nader. I could only find a few people who have met him. Nobody was quite clear about what he does for a living.” -Axios

Bet you a tin foil hat he’s working for Putin.

Mooseprints all over this story

Mooseprints all over this story

“All the moose that’s fitted to print!”

Of course, even if we never found evidence that Trump actively colluded with the Russians in 2016…

So it barely even matters whether Trump was secretly conspiring with Russia in 2016 because he’s openly doing their dirty work NOW.

I don’t think Trump really understands any of what’s going on. I think he is the very definition of the “useful idiot” that intelligence services look for, a dupe. He could very well think that nixing Romney was his idea, even if someone in the Kremlin suggested it to him.

Example: Trump’s trade war talk could drive a wedge between the US and EU-- something Russia has wanted for more than a decade.

Trump's embrace of Russia: The evidence on public display already paints a...

Trump's in-plain-sight embrace of Russia gets obscured by the Trump news avalanche. It's worth reviewing what's been established so far.

The problem is the shear amount of smoke means there is a fire somewhere.

Exactly what I’m musing about. I’m pretty convinced that most of Trump’s campaign, cabinet and a good chunk of the GOP are guilty enough to go down for this. I just wonder at what point there’s enough smoke that Trump supporters can be convinced that there’s a fire burning in the white house?

all those who would prefera a Romney administration for the next 3 years, please raise your right mitten.

So it barely even matters whether Trump was secretly conspiring with Russia in 2016 because he’s openly doing their dirty work NOW.

ETA: I mean it seems pretty likely to me, but legally, there is (and should be) a higher bar.

All those who would prefer to have scalding coffee thrown on their groin rather than having molten lead administered by enema, raise your right mitten.

(not a criticism of your observation by the way, because I would much prefer Mitt to Trump; just an observation of how depressing it is that Mitt damn Romney would be that much better compared to what we have)

The reason I say it barely matters is because anyone who is OK with Trump’s current approach to Russia is unlikely to care if he colluded in 2016. Either way, his actions are indistinguishable from those of a person doing Russia’s bidding at the expense of American interests.

it was good fun watching him be governor of a state with a noted shortage of D legislators. he ran into new traps daily.

what he might do as presidemt is only slightly less scary than what we have.

would you prefer a Trapper Keeper or a 3-ring binder, full of women?

I just wonder at what point there’s enough smoke that Trump supporters can be convinced that there’s a fire burning in the white house?

focus on House Members. they have the boy scout water.

Anybody curious about why it is that Mr Steele is the only one coming up with this information?

Putin’s completely owning Trump. In all senses of the word.

Saudi Arabia's oil production agreement with Russia was opportunistic at first, but it is now the foundation for a broader relationship.

I imagine he’s not. The FBI was informed - so the intell services had to take a look. And Mueller likely - though he’s a very tight lipped guy.

Except of course there is proof that Trump’s entire inner circle and transitional committee has links to Russia, has been paid by Russia, that the Trump administration has done things which can only be explained as beneficial to
Russia (changing the RNC platform re. Ukraine, not enforcing sanctions advocated by more than 99% of the House and Senate), that certain members of that inner circle have been indicted in connection to this Russia connection, that information has come out that people were bribed (some to the tune of 80 million!) …

Oh, and that Putin is almost the only world leader who Trump has never said a bad word against … even after Putin was bragging about nukes he could send to Florida! Not a peep!

But despite that evidence it’s a witchhunt. Sure.