Senate rejects GOP effort to repeal Obamacare without a replacement

But the rest of the day, that clock is still broken.

It’s a good thing that clock has health insurance.

Then why the grand show of McCain coming back for the motion to proceed? Let it die there and they still did all they could. Surely McCain extracted some kind of concession for that stunt. The voting isn’t over yet.

I am absolutely salivating over the contents of Trump’s next tweet.

Similarly, i can’t stop myself from specifying that even some types of digital clocks do exhibit this behavior:

Get your friggin’ feet off the political stage!!

Surely McCain extracted some kind of concession for that stunt.

I’ve heard things about his daughter being up for a job in the State Department.

Then why the grand show of McCain coming back for the motion to proceed? Let it die there and they still did all they could. Surely McCain extracted some kind of concession for that stunt. The voting isn’t over yet.

They had never taken a vote on the opitions, is why. Senators insisted, is why. That’s the whole reason. I can explain this to you but I cannot understand it for you.

Without McCain, they wouldn’t have had to votes to begin the debate that ends in these moot votes. He gets to claim a procedural victory, not sure how many brownie points anyone gets for it.

I’ve heard things about his daughter being up for a job in the State Department.

At the rate things are going she will not have a State Dept. to work for.

Gotta remember, this is the GOP senate the voted on Obamcare repeal what, dozens of times (was it the full 60 like the house or not as many? Who cares.) knowing that every one of those votes was just for show and wouldn’t actually change the policy.

Really shouldn’t be that surprising if they keep making votes like that. Plus with this full matrix of options a lot of those senators will get to vote yes on at least one repeal, and some of them get to vote no on at least one. They surely plan to use those in messages to various groups on both sides of the issue.

I’m sorry you couldn’t stop yourself too!

Nope; even a broken clock is still correct twice a day.

Surely he’s a broken military clock — correct only once a day.

The real vote will probably take place on Friday:

This is getting pathetic ... and even more dangerous.

And there’s a realistic chance of it passing, though it’s not clear how much they’ll actually gain by doing so.

Join us you all:

We are rallying at the Capitol to stand with Planned Parenthood. #IStandWithPP https://t.co/ecWZqb06IH 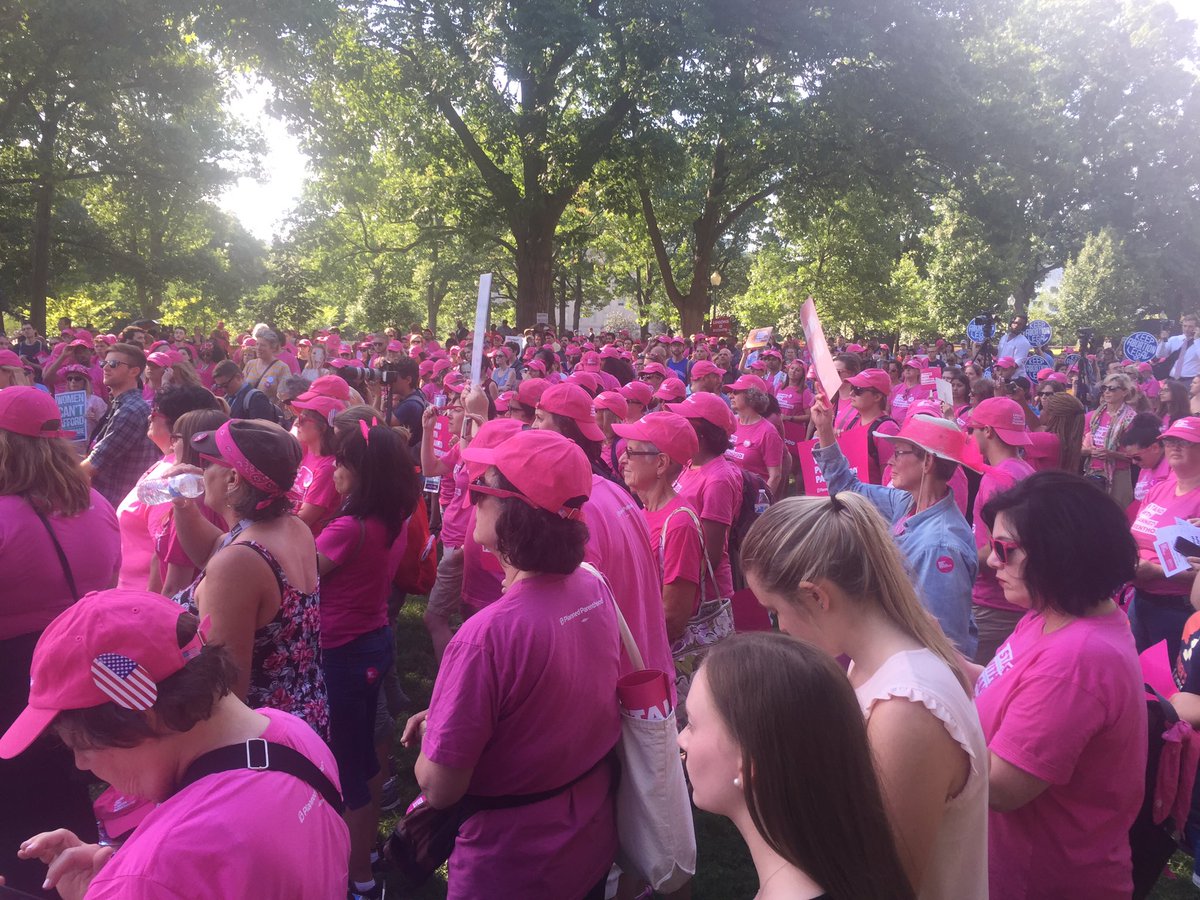 They get to keep their jobs?

45 made noises about running the government like a business. Mission accomplished; everyone is pretending to work, while complaining about how much of an ass the CEO is.

On health care, Eric Cantor and his colleagues played their base for fools -- because they thought it'd help them win some elections, which it did.

Asked if he feels partly responsible for their current predicament, Cantor is unequivocal. “Oh,” he says, “100 percent.”

He goes further: “To give the impression that if Republicans were in control of the House and Senate, that we could do that when Obama was still in office….” His voice trails off and he shakes his head. “I never believed it.”

He says he wasn’t the only one aware of the charade: “We sort of all got what was going on, that there was this disconnect in terms of communication, because no one wanted to take the time out in the general public to even think about ‘Wait a minute – that can’t happen.’ ” But, he adds, “if you’ve got that anger working for you, you’re gonna let it be.”

Eric Cantor can die in a fire.

Are there real, principled objections to the ACA? I mean, apart from the fact that a Marxist anti-colonialist Kenyan usurper and dictator backed it?

I know it’s not perfect—oh boy, is it not perfect!—but assuming there are intellectually honest objections to it specifically, what are they?

Is that health insurance costs rose faster under the ACA than they did before? (But… did they?)

Is it that government shouldn’t play a role in anything important, except bomb-making and bomb-dropping?

I guess I don’t want to assume or conclude that many of my countrymen are motivated (mostly?) by racism. Do I need to believe that?

There are some, but I’d venture to say that 99.99% of the people who oppose it can’t articulate why.

As you said, it is far from perfect. Is it better than what we had? Depends on who you are. Some people saw some pretty steep increases in rates, while others got coverage for the first time.

For some there is just the principle that you are being FORCED to get it under penalty of law. Though pragmatically, it needs to be an “everyone in” thing.

Or you could have been like me, jobless, unable to afford it, and now technically a criminal because I didn’t have insurance. Though they did make it pretty easy to state you couldn’t afford it and not pay a penalty. That and I could play the Native American card, as for some reason they get an exclusion.

But, honestly, I think about 95% of it was because it was a Democrat who put it into office. And too many of those people are so completely tribalised into the political parties, that if Obama had made a statement that encouraged every Americans to take deep breaths of clean air, you would have people holding their breath.

it doesn’t help that we keep winding you up