So from a procedural standpoint, who if anyone has the authority to actually charge and prosecute the Attorney General for perjury? Is this another one of those things that would rely on a Republican-controlled Senate deciding to do the right thing?

While CNN is getting all the attention for breaking this story today, Franken himself revealed this 12 hours earlier on last night’s ‘The Last Word With Lawrence O’Donnell’ program. I must’ve been the only one watching…

How much smoke has to be encountered before there is recognition that a fire exists somewhere?

Every day is a new revelation about additional meetings or contacts with Russian officials yet our majority party refuses to even acknowledge it much less register some concern.

Sergey Kislyak must be some kind of freakin’ Russian super-spy - he’s involved with everything. Is it possible to summon him for questioning or does his diplomatic immunity basically mean he’s totally off limits?

Is it possible to summon him for questioning

In the interest of transparency and international cooperation Kislyak has pre-emptively released his senate testimony:

How much smoke has to be encountered before there is recognition that a fire exists somewhere?

They won’t acknowledge the fire until the cold ashes of our civilization have long since blown away.

In my world somebody that lies about what they’ve done in an interview for an important job is immediately removed from that job.

But I seem to have woken up in a world where some people lie their way through life, and get to keep what they’ve gained through lying, and some even get to turn the entire United States upside down by removing police oversight and encouraging jails for profit, even tho they lied to get their job.

We elected zombie Andrew Jackson. Can we bring back zombie McCarthy and put him to good use for once?

Can we bring back zombie McCarthy and put him to good use for once?

There’s no use for a zombie Joe McCarthy. None. Not even as a drink holder.

Sounds like this is about the Mayflower hotel shenanigans and possibly that Rosneft sale.

Here is a twitter thread from Seth Abramson about this very topic, written back in March. Before this info about Franken wanting it investigated it was more on the conspiracy theory side of the ledger. Now its more credible. Still a lot of theorizing, so take it with salt:

(MEGA-THREAD) The plot to sell America's foreign policy for foreign oil _and_ steal an election in the bargain began at the Mayflower Hotel. https://t.co/XkoFpmMAeJ 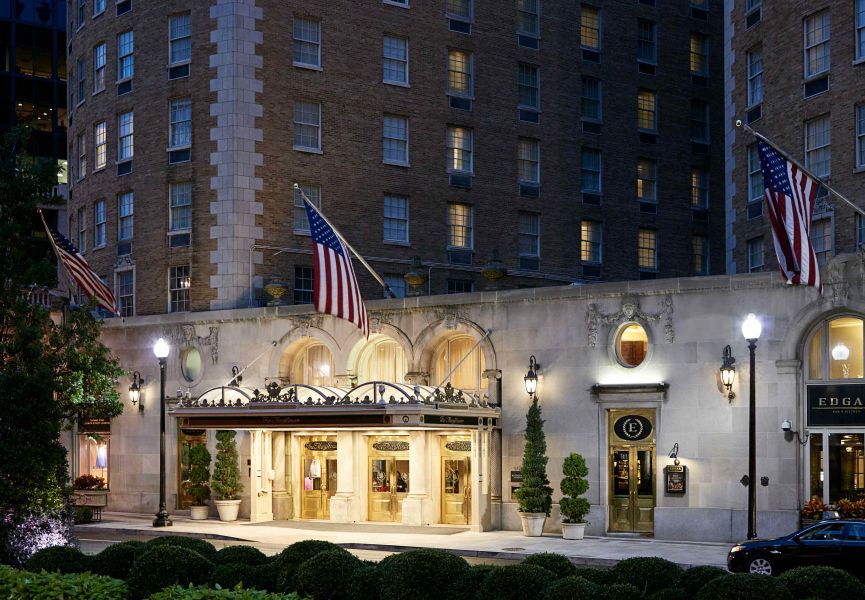 FWIW, I learned about this from Allahpundit’s twitter. He got famous for spear-heading the Dan Rather forged paperwork story and now runs hotair.com. If you want a conservative perspective that is not a trump zombie, he’s pretty good to read. Still suffers from the stereo-typical conservative persecution complex, but he’s better than most. I was initially loath to read his stuff because the username makes him sound like an islamofoe. But it seems to be an artifact of 911 snark and not indicative of a real problem.

Good point. This is one of those internal struggles I have, sort of like the punching of Richard Spencer.

Minnesota Sen. Al Franken said he now believes that Attorney General Jeff Sessions committed perjury during his confirmation hearing when he did not disclose meetings with a Russian ambassador.

Sessions’ response during the hearing to Franken’s question about Russia and President Donald Trump’s campaign was demonstrably false, Franken said Tuesday on CNN’s “The Lead” with Jake Tapper.

On the overwrought, partisan allegations that Attorney General Jeff Sessions committed perjury in his confirmation-hearing testimony, let’s cut to the chase: There is a good deal of political hay to be made because Sessions made a statement that was inaccurate — or at least incomplete — especially when mined out of its context. But the claim that his testimony was perjurious as a matter of law is wholly without merit. Perjury is not inaccuracy. It must be willfully false testimony. Willfulness is the criminal law’s most demanding mens rea (state of mind) requirement. Prosecutors must prove beyond a reasonable doubt that the speaker knowingly, voluntarily, and intentionally — not by accident, misunderstanding, or confusion — said something that was untrue, with a specific purpose to disobey or disregard the law. Therefore, when there is an allegation of perjury, the alleged false statements must be considered in context. Any ambiguity is construed in favor of innocence. If there is potential misunderstanding, the lack of clarity is deemed the fault of the questioner, not the accused.

And many of these guys are old enough to have been the ones working AGAINST the Russians vehemently for decades.

*except if you’re just an ordinary guy

Twelve voices were shouting in anger, and they were all alike. No question, now, what had happened to the faces of the pigs. The creatures outside looked from pig to man, and from man to pig, and from pig to man again; but already it was impossible to say which was which.
Animal Farm