Originally published at: Someone sneaked a Super-8 camera into a 1978 Ramones concert and was able to record for 13 minutes before he got caught | Boing Boing

That actually came out pretty good considering that it was ear bleeding loud in that room. The Ramones were amazing.

Some time in the early 80’s I went to a show in Oakland at the arena next to the stadium. I THINK it was Springsteen.
Anyway, I was probably 16 or 17 and didn’t have a camera so I had the bright idea to sneak my mom’s 50’s era Leica that she inherited from someone. It was confiscated while I was trying to take pictures and I about crapped my pants. THANKFULLY, they gave me a claim check or something and I got it back. But they made me take the film out. I was able to return it home unscathed. I would have been one busted teenager.

I had the bright idea to sneak my mom’s 50’s era Leica that she inherited from someone.

Similar story, but with a Hasselblad.

I am impressed because that format would only be able to record 2.5 to 3 minutes onto a 50-foot cartridge. To capture it uninterrupted would have required two cameras and about 6-8 cartridge changes.

(There is a 200-foot cartridge system, but that is bulky and rare, and would have been easily spotted.)

Interesting variant on the Ramones logo, never seen it with two missiles instead of the olive branch and baseball bat.

Interesting variant on the Ramones logo, never seen it with two missiles instead of the olive branch and baseball bat.

Nice catch, didn’t notice that.
I googled “ramones logo two missiles” and nothing comes up. BUT, I also googled “ramones stage backdrop” and that turned up photos of them with that behind them.
Also, I remembered that I have the remastered version on Vinyl of “It’s Alive” and had a look inside the cover.
There it is: 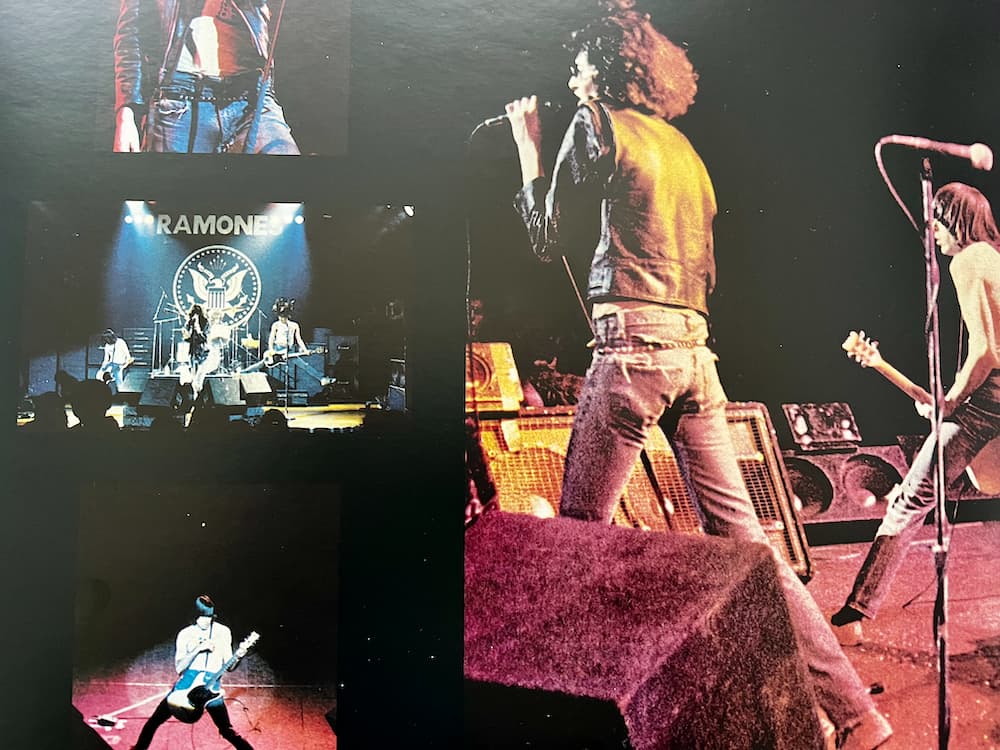 That was the Rockets To Russia tour, hence the missiles. I was at the Kansas City show in January ‘78 at a tavern called One Block West, as in one block west of the Missouri state line, in Kansas, where you could drink beer at age 18. That was the only KC show. The video titling is wrong. The performance here was in July ‘78, but at the Granada in Lawrence, KS. Was the titling done lately? Confusion might ensue from the fact that there was also a Granada Theatre in Kansas City.
Anyway, there were pitchers of beer, lots of them, and my friends and I were standing behind a table of popular local radio DJs, who I guess would rather have been at a Yes or Boston or some such concert. Any “real” music rather than these untalented punks. They were having a laff riot though, until we poured our pitchers of beer over their heads.
ETA pardon my pedantry, but despite Joey saying “good to be back in Kansas City”, Lawrence may be close, but it’s a special town in Kansas, not a mere suburb of KC.

That was the Rockets To Russia tour, hence the missiles.

I was thinking the same thing after posting.

The Ramones’ live shows were the best. I saw them a few times in the mid-80s.

I saw them on their final tour in 1996 (before Joey died) and they were still amazing.

They played my college in a free concert (U of Md, 1994). Then a year later I saw them at Lollapalooza at Randall’s Island. I wasn’t a fan before, I became one after. They knew how to put on a great show.

Someone sneaked a Super-8 camera into a 1978 Ramones concert

I would have snuck a camera in myself. 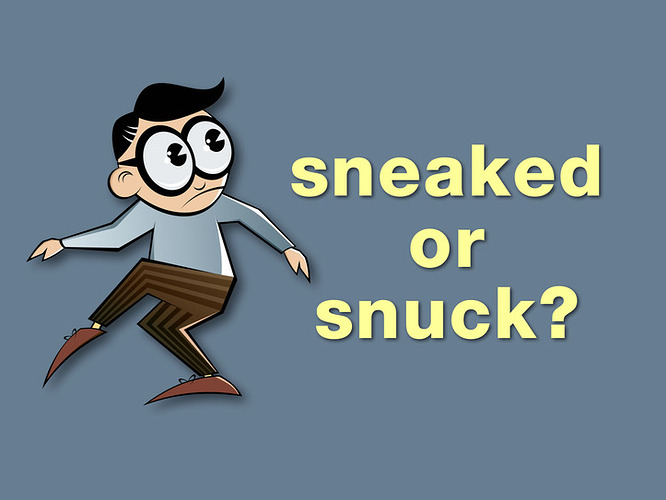 Sneaked or Snuck: Which Is Correct?

It's a Modern English Mystery

Which high school did you go to?

Which high school did you go to?

Who said I went to high school?

OK… it’s made of ROCK and easy to enROLL in…

You are incorrect. It WAS at the Granada Theater in K.C. My brother and a buddy of mine just happened to be in K.C. that day and were lucky enough to go. Rocket to Russia tour.

Lawrence may be close, but it’s a special town in Kansas, not a mere suburb of KC.

You’re damn right about that.