Sony's Kraven is no longer a villain or hunter

I didn’t and won’t bother with Morbius.

“This is how we do science”

I don’t want to overreact cuz I have no idea what they are doing with this particular character, but I go back and forth on this: I loved how when they humanized the vulture in spiderman homecoming, it made me care more about the plot. I enjoyed having a villain who had actual motivation even if it was misled. But sometimes it goes over the top. I enjoyed the book of boba Fett but had a hard time believing he was the same character as the bounty Hunter from the original trilogy. Not every villain has to have a redemption. Sometimes in this world people are just straight up horrible. It feels a little weird when every mass murderer has to have a “but there’s good in him” moment.

Huh, I’ve seen a couple recent comics where he was still purely in asshole mode, so I guess that arc didn’t carry over anywhere else. Outside of a Squirrel Girl comic, I’m not sure that version of him makes sense/is interesting. Trying to turn him into an anti-hero feels like they’re just desperate to make use of IPs that don’t make sense outside the context of Spider-Man.

I don’t want to overreact cuz I have no idea what they are doing with this particular character, but I go back and forth on this

I mean, we still have idiots who go to other parts of the world for big game hunting (i.e. corralled or pre-tracked animals set up like the fish in a barrel). It would have been so easy to work it out in a screenplay.

I loved how when they humanized the vulture in spiderman homecoming, it made me care more about the plot

Marvel Studios won’t be involved in this, like they weren’t involved in the Venoms or the Morbius. Which weren’t good. So I wouldn’t expect any of these to pull anything off as well as Homecoming did.

Sony is attempting to refigure Spider-Man villains as heroes because they can’t currently use Spider-Man in non-MCU films. Near as we know or can tell. And the Villains are the more recognizable and popular characters remaining in Spider-Man license.

They aren’t doing it because it’s good story telling to have complex villains.

They need a substitute.

“This is how we do science”

I suppose they could just open the movie with Kraven as the infamous asshole he was for most of the character’s history then face him with some kind of trauma that sets him on a redemption arc that eventually pits him against his fellow poachers.

Of course it was me I probably wouldn’t make the move at all because I think all these “Spider-Man without Spider-Man” movies are a bizarre idea from the get-go.

I might be tempted to see a standalone “Olivia Octavius” movie if they got Kathryn Hahn to reprise her role for the live-action version though. 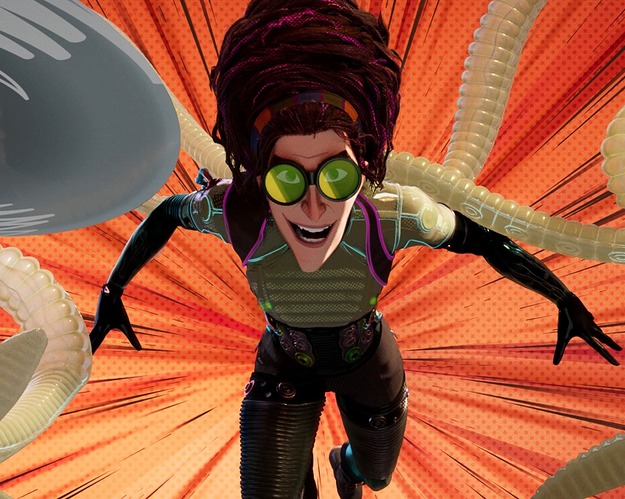 Sony is attempting to refigure Spider-Man villains as heroes because they can’t currently use Spider-Man in non-MCU films. Near as we know or can tell. And the Villains are the more recognizable and popular characters remaining in Spider-Man license.

It sure seems like the success of Into the Spider-Verse would have demonstrated the viability of a movie that used an alternate hero such as Spider-Gwen as a main character if Sony licensed the rights to Peter Parker back to Marvel Studios.

I would totally be down with the Kate Beaton Cinematic Universe.

It’s not clear, but it was reported/rumored around the original deal that Sony can’t use any Spider-Man. Marvel was extremely concerned about confusing or diluting the MCU or the character.

Who knows how that was renegotiated in 2019 when they re-upped. Or since given how Sony has signed on for further deals with Disney.

But if they could just use another Spider-Man. They would. I don’t think we’d still be seeing these villain movies announced if they had clearance to do something with any given Spider-Man. They certainly wouldn’t be turning as many headline bad guys as possible into heroes.

Animation is a separate set of rights and licenses, but it seems like Spider-Verse and animated features was a bit of a point of contention between the two. There were reports of Marvel being cheesed off, and it apparently played a roll in the right around re-upping the deal in 2019.

So, they have six months to subject it to the most arduous editing and re-re-re-editing processes that money can buy. And then bump the release date so they can further improve the product with a few more selective edits.

I expect much back-and-forth as to whether it’s appropriate for him to say “It’s Morbin’ Time!” (“I keep telling you, he’s not Morbius!” “But all the Twitter people will think it’s hilarious! Think of the money we’ll make!”)

“He’s just a hunter, a human with conviction. An animal lover and a protector of the natural world. He’s a very, very cool character,” said Taylor-Johnson.

I’m getting pro-hunting “we have to kill animals in order to preserve/conserve them” vibes.

I’m getting pro-hunting “we have to kill animals in order to preserve/conserve them” vibes.

There’s an obvious contradiction there but he’s hardly be the first hunter who was also a noted conservationist.

Maybe they’re going for a “Teddy Roosevelt” vibe? The guy was a friend of John Muir who more than doubled the number of sites in the National Park system but also had a country home decorated in a wall-to-wall “magnificent-creatures-I-have-killed” motif: 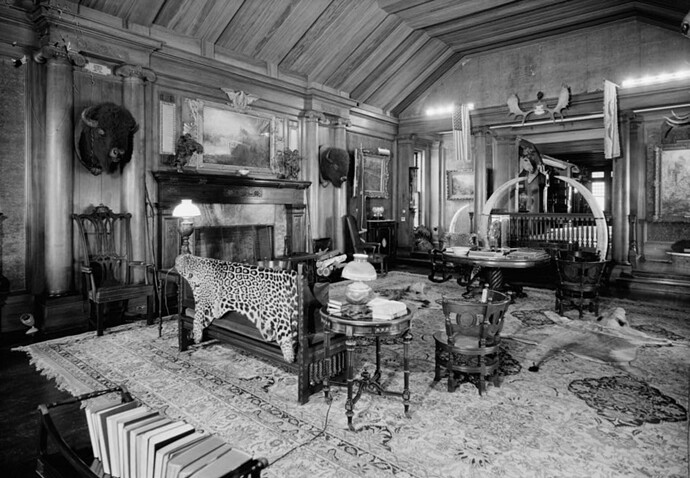 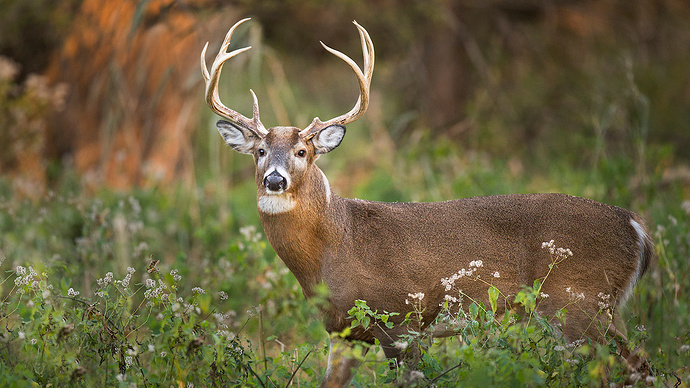 How Hunting Contributes to Wildlife Conservation

And the Villains are the more recognizable and popular characters remaining in Spider-Man license.

I think Spider-man villains don’t have a lot of cultural awareness (unlike, say, some of Batman’s rogues gallery, which are widely familiar) but I’d literally never heard of “El Muerto” until the movie announcement. Which makes me think they’re not even going for the better-known, much less popular, Spider-Man villains. Their reasoning is pretty opaque. I mean, if they’re going to make movies premised on obscure Spider-Man villains, but without Spidey and while twisting villains into anti-heroes, the whole effort doesn’t really make any sense over original IPs (or fully-licensed stories, at least).

I think all these “Spider-Man without Spider-Man” movies are a bizarre idea from the get-go.

Yeah, it feels like sunk-cost fallacy in action, after they paid for Spider-Man but can’t use him on their own. “It doesn’t really make sense to build movies around characters no one knows, but we spent all this money to license them, and the tenuous connection to the comics must be worth something, right?”

I had to take a 13 year old nephew to Morbius.

His review: “Well, THAT sucked… Sorry about that.”

He APOLOGIZED for having me take him.

When you cannot hold the interest of a 13 year old undersized male with a near-obsessive interest in all things MCU and MCU adjacent you have well and truly screwed the proverbial pooch.

On the plus side, I got to try the dumpling place by his house, and it was fabulous.

Any word on when the Paste Pot Pete movie will be coming out?

I stole some footage.

I mean the El Muerto one actually makes the most sense out of any of them. Because no one knows who the hell he is.

They can just do a Luchadore superhero flick and slap Marvel’s logo on it.

The rest of it. Venom, Morbius, Kraven, even the Madam Web one. Seem pretty consistent.

They were all significant parts of the 90’s Spider-Man cartoon.

Discounting Venom, none of them have been adapted before. And none of them really count as Major/Main villains.

So they’re unlikely to be a sticking point for Marvel/Disney with regards to the co-production deal. But they have some 90’s mass market Nostalgia presence.