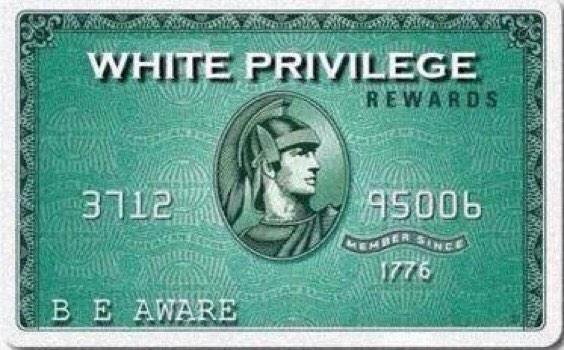 Her apparently earnest belief that she could ride the fictions into success made me wonder how many people have done the same thing but actually got away with it/succeeded in their endeavors. With the more pedestrian phenomenon of people faking their way through interviews to get jobs they’re not qualified for mixed with the fact that she showed that you could fake quite a bit (minus the actually illegal wire transfer fraud), it seems like someone somewhere must have, just by sheer luck, stumbled into a scenario without the deeper repercussions of the con.

Her apparently earnest belief that she could ride the fictions into success made me wonder how many people have done the same thing but actually got away with it/succeeded in their endeavors.

Wasn’t that an award-winning movie? 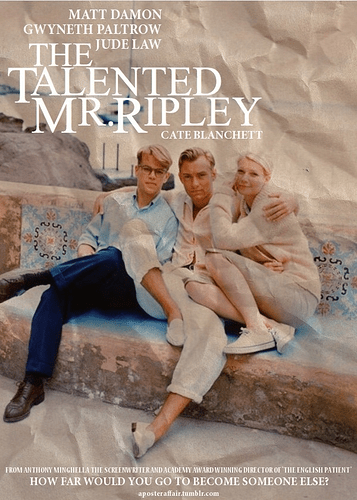 The book is even better! 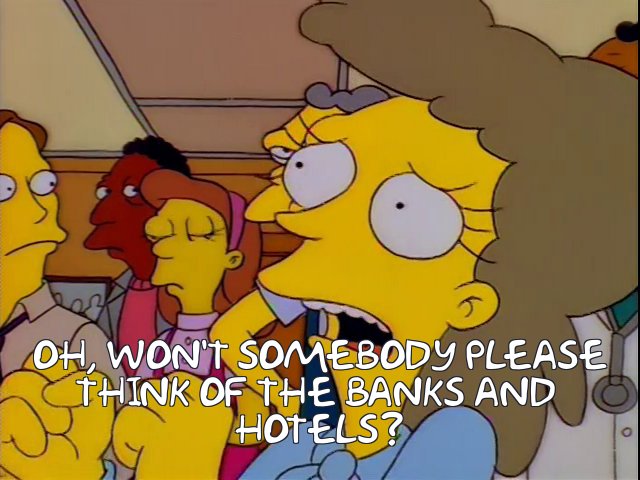 From this article and the Vanity Fair piece it looks like she was very good at identifying and cultivating marks who either served the ultrawealthy (e.g. the concierge, the trainer, the real estate lawyer, the photo editor) or who were dimwitted courtiers (e.g. the magazine editor and the other jet-setters).

She would only run into trouble when she tried to put one over for big money on the banks and real estate developers and landlords, who spotted her for what she was very quickly – at that point she had to resort to fake documents and cheque kiting.

The other thing this article illustrates is how different things are when you’re wealthy (or when people think you are). Just try to check into a luxury hotel like she did without providing a credit card, and without being asked for one for over a month in residence because you promise a wire transfer will arrive any day now. It’s a different lifestyle.

Even in prison, she seems to sincerely believe she didn’t do much of anything all that wrong. 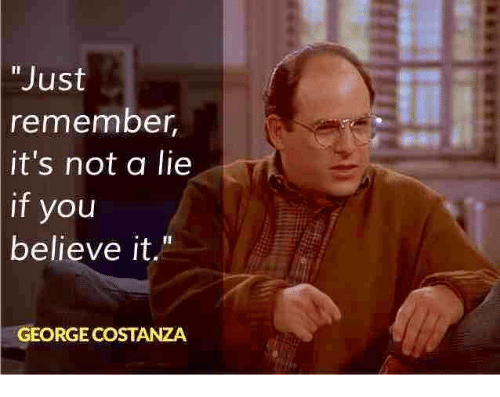 Are we victim-blaming now? /s

It isn’t so very different from the Dolezal story (see other thread).

Had she ‘kept it one hunnid’ ad the young folks used to say, she might have gotten much respect as an advocate, and her work with the NAACP might even have been more effective, because there are still many White folks who won’t listen to reason unless it’s being stated by other White folks… but instead she lied, and misrepresented herself; which only undermined any good work that she might have previously accomplished.

Yes and no - we’re a society that’s essentially built on trust, and the key feature of people like Anna is the manipulation of trust. It’s also much easier to manipulate people with narcissistic personality traits, because they’re much more likely to either rationalize the trust-breaking away (so as not to admit to themselves they were fooled) or to keep silent about it to avoid embarrassment.

However, these folks tend to self-destruct just as quickly as they rise, because at some point you hit The Wall, which is where you can’t deal in bullshit any more and the “serious people” start asking hard questions and fact-checking you. In Anna’s case, it was the finance people and her corporate creditors. In Trump’s case, it’s the FBI and SDNY (and I believe a few other state departments as well).

It’s easy to look at these people at the (very) temporary peak of their success and bemoan the failings of our society that let them even get that far, but remember that they almost always fall much, much further than they rose. For example, Trump is going to go down in history as a massive buffoon and a laughable failure that pissed away his inheritance and then got into massive debt with the Russian mob because he couldn’t admit defeat to himself. Anna is going to have a criminal record and, because she became infamous with so much of polite society, will never be able to pull that scam again - she became so recognizable to the very rich and influential that she’ll be instantly recognized at basically any socialite party for the rest of her life.

I don’t know about you, but I don’t think a year or two of the high life is worth the rest of your life being an unemployable, shunned cretin. As a comedian once said, “Life isn’t short, it’s long”. Doing stupid stuff to get you by a few years isn’t worth the cost. Living honest and upright might not get you on too many private jets, but it does have the nice side effect of giving you a shot at real happiness.

In Trump’s case, it’s the FBI and SDNY (and I believe a few other state departments as well).

Any prediction on his fall?

Serious question – you’ve clearly thought a lot about these kinds of monsters.

I mean, you have preditcted, quite plausibly that when he falls, he too will keep denying any wrongdoing, even from prison. What I mean is, any predictions on how he’ll fall, what his slipups will finally be?

They did fully accept her, until she was outed. In any event, I’m not trying to justify Dolezal, only point out that the similarities of her kind of delusional belief with Sorokin’s, and probably with Trump (who seems to actually believe all the rubbish he says about himself).

…Any word on a bug fix patch for the human brain? This alpha release bullshit is killing me.

All the ones I’ve tried make me feel terrible the next morning!

They did fully accept her, until she was outed.

Way to miss my point entirely. My community accepted the facade because they had no reason to distrust Dolezal, initially. “Passing” usually goes the opposite way, as there’s not a lot of privilege or opportunity to be gained just by being a Black person.

Once the truth came out, (as it always does, eventually) her ‘ghetto pass’ was rescinded, and Black folks ‘don’t fuck with her no more.’

(But yeah, she did scam a lot of little people along the way.)

Yep, no doubt, fer sure.

It honestly surprises me that occurrences like this aren’t more common. A few years ago I listened to a recorded college course (forget who from) called Explaining Social Deviance. It dealt with how to define deviance in a society and talked about where it comes from, how it has been dealt with historically, that sort of thing.

In one of the portions it examined white collar crime amongst the culture of the upper class. It determined that there is no way in which white collar crime is anything but normal behavior in that society. It is simply not deviant. It is systemic and characteristic of the society itself, which explains why it is rarely and only lightly punished. Despite the fact that white collar crime causes much more economic damage and even kills many more people every year than street crime does, it is so normalized that this is ignored. I would think this would make them easy marks, entirely at comfort with criminals taking liberties.

It’s going to be a lot of things, but you could call the whole thing “The Mueller Report”. When it drops, the manure is going to hit the oscillating ceiling thingy, and it’s hard to predict past that point, mostly because it’s hard to say how Congress will jump, and what the balance of power will be at that point.

The timing of the Mueller report is critical here. If it drops shortly before the election, I would say that it will energize the left and suppress the right, leading to a Congress that’s likely to impeach. This removes Trump’s ability to try the novel approach of self-pardoning, so it’s a non-issue.

If it drops after, it may mean that Congress sits on its hands. And then the SDNY will take over, because I believe Trump will try to pardon himself, but that means you are explicitly admitting to all crimes by accepting the pardon, and therefore he has no defense in state court… But getting to that point is going to be a nightmare. He won’t go near NY if there’s an arrest warrant, so we’re gonna be in this weird space where the POTUS is a wanted criminal who has explicitly admitted to many very bad crimes.

I think they’ll try to seize his (and his family’s, as coconspirators) assets and arrest any of them they can as bargaining chips, especially Ivanka. I honestly don’t know if he’ll go to NY if they’re holding his kids, but if he doesn’t they’ll probably flip on him and reveal even worse stuff Mueller couldn’t prove without them (especially Ivanka) and those just might be enough to seal an eventual impeachment.

I still honestly believe though that there’s about a 10% chance that if the kids turn on him, he’ll try to flee to Russia if he knows an impeachment is really coming… But probably not. He’ll likely go down kicking and screaming, defending his delusional version of reality to the last.

But I want to know if her boyfriend was AOL’s “digital prophet” Shingy… he’s TEDx talks and was featured in The New Yorker.

The CEO met Anna through the boyfriend she was running around with for a while, a futurist on the TED-Talks circuit who’d been profiled in The New Yorker.

It’s Shingy, right? Who else could it be? 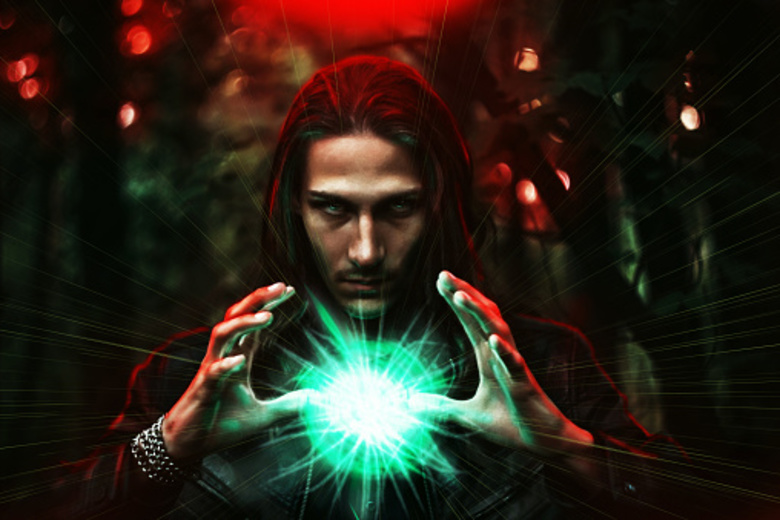 That Blind Item in New York Magazine About the Futurist Who Dated a Fake Heiress...

The New Yorker has indeed profiled Ray Kurzweil and Shingy, though neither of them seem to have lived in the Emirates. Kurzweil, the futurist known for predicting the singularity, works with Google and is 70 years old, so it would be pretty odd if he was Delvey’s former boyfriend. Shingy, aka David Shing, has the title “digital prophet” at Oath, the company that used to be AOL, and some have argued that’s basically code for “con man.” But the Oath gig would seem to disqualify him from being our man in this case, which is a shame, because his shtick is pretty outrageous. Surely there are other futurists out there who fit the criteria—conjecture away!

This is why working poor people will vote for rich fucks who pedal policies that are only good for… rich fucks. Because gosh darnit, every hard-working 'Mercun is BOUND to be insanely wealthy someday!

I guess you could say “The American Dream” is the Big Con. Maybe that’s why there’s a pyramid on the dollar? (Just kidding, the pyramid is obviously a Rosicrucian/Masonic symbol.)