The real reason Trump is contesting vote counts? To bilk his cult suckers out of $150 million

You gotta grift while the grifting is good!

Sounds like yet another fraud investigation is on the cards when his lord orangeness is finally ignominiously booted out of the White House. Save me a front row seat for all the fun and games.

Hey, Vlad said he needs his money back. Give til it hurts peasants!

PACs on PACs on PACs. We need a hero to come and clean up all this mess. Some kind of PAC-…man

“Cult suckers” is accurate, but a bit of a mouthful. Let’s shorten it with a portmanteau*, like… “cuckers.”

Hmm, still a bit clumsy. Let’s just say “cucks.” Should we check to see if that term has any pre-existing emotional resonance with them? Nah, I’m sure it’s fine. “Cucks” it is!

* which is to say, let’s shortmanteau it

Probably not for this, since it appears it’s within the realm of legal Super PAC bullshit.

President Trump’s political operation has raised more than $150 million in a shameless push to line its post-election pockets the...

Pertinent quote near the end, emphasis mine:

"After the election, the Trump Make America Great Again Committee began sharing its funds with Save America, a new leadership PAC that Trump set up in early November.

The leadership PAC’s loose regulations could allow for funds to personally benefit Trump after he departs the White House, the Post said, noting that an overwhelming majority of low-dollar donations under the current agreement would go toward financing Trump’s PAC, instead of efforts to support the party or to support its lawsuits on baseless voter fraud."

He never expected to win.

I’m not convinced he really expected to lose either. He really is that fucking psychotic.

The only competent thing they pulled off was to assemble the ultimate sucker list. It’s like that’s all they really cared about.

“Trump’s scam is to spew B.S. like a two-bit carnival barker in hopes of lining his own pockets. Like a 21st Century P.T. Barnum, Trump knows that his target audience is utterly hoodwinked and he is willing to debase just about anyone or anything in order to keep playing the con.” - ncpolicywatch

"To show you how much I appreciate your support, I want to do something special for YOU:

For a short time, when you make a contribution of $30, my team will send you our ICONIC “COUNT ALL LEGAL VOTES” shirt FOR FREE.

This offer is available to you for ONE HOUR, Rob. After that, you may never get another chance to receive a FREE “COUNT ALL LEGAL VOTES” shirt.*

Please contribute $30 IMMEDIATELY to support your favorite President and to claim your FREE “COUNT ALL LEGAL VOTES” SHIRT.

I REALLY want you to have this LIMITED EDITION shirt, Rob.

There isn’t much time left, so don’t wait." 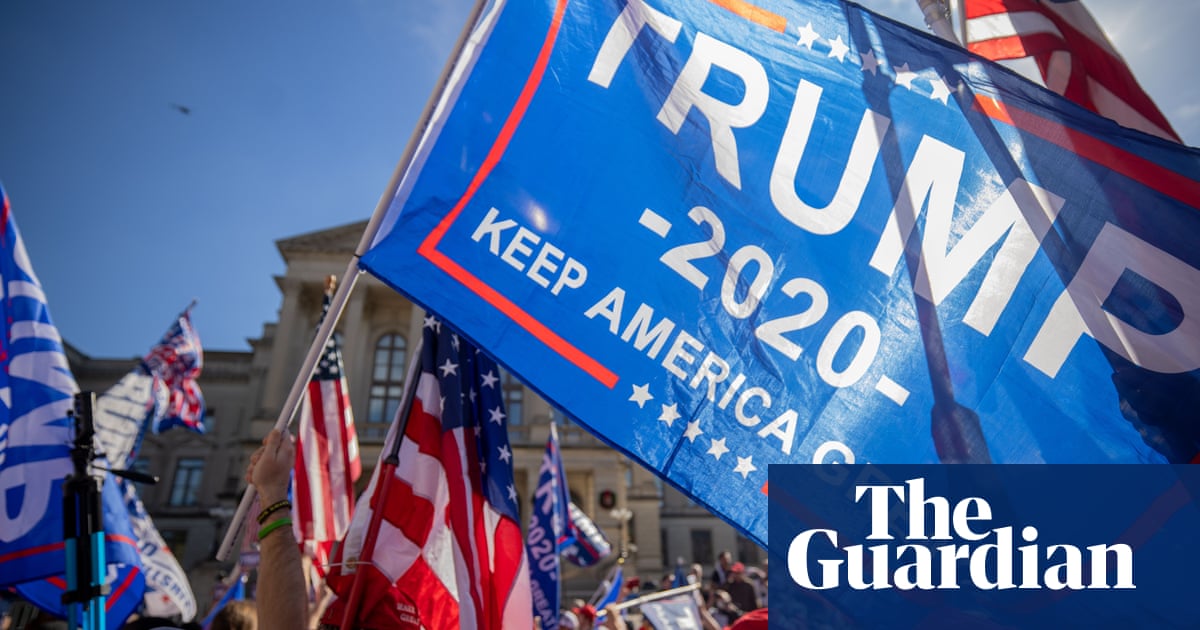 The only competent thing they pulled off was to assemble the ultimate sucker list. It’s like that’s all they really cared about.

This exactly. When all the loans are called in and the real estate is sold off, history’s large list of the most gullible rubes will be the core asset of the family business. Whether they’re selling access to it to other grifters (esp. the GOP) or using it to market their own scams (e.g. Ivanka’s version of Goop) it will be a goldmine for Biff and his kids.

As for the people on that sucker list, I have no sympathy. They had four years to stop giving money to this cartoonish con man, yet they kept on doing it.

Here many of us were, worried about coup attempts and whatnot, and he’s focused on stealing money.

The grift itself is unsurprising. I’m just… almost disappointed his price is still so low, and he wasn’t aiming higher.

And this is why there is an approximately 0% chance of Trump going away after January. He has to retain his control of the GOP to keep the scam going, and the best/only way of doing that is by declaring his candidacy and engaging in perpetual campaign. It’s like Groundhog Day, except terrible!

I don’t know that there’s a single “real reason.” He’s got lots of reasons. Keeping the grift going is definitely a big one, though.

He really is that fucking psychotic.

Yeah. He’s got his insane expectation that he would win (bolstered by all the cheating he did, which he’s surprised didn’t carry the day for him), his narcissism which doesn’t allow him to admit defeat, keeping himself as a central figure of the Republican party, and this (and other, no doubt) cons he’s got going on. He’s got a number of reasons to be doing this.

since it appears it’s within the realm of legal Super PAC bullshit.

The specific ways Trump will funnel that cash into his businesses and directly into his - and his family’s - pockets as salaries and consulting fees probably isn’t going to be so legal, though. He takes advantage of legal ambiguities but always pushes things beyond legality.

Here many of us were, worried about coup attempts and whatnot, and he’s focused on stealing money.

There absolutely were attempts to steal the election, too, though. Let’s not discount them just because a massive effort to counter them actually worked. (E.g. dismantling the post office while discouraging his supporters from voting by mail during a pandemic)

almost disappointed his price is still so low

This is a scam worth hundreds of millions to him (and sets him up for further cons down the road). Given that he’s not really rich, this is a significant amount of money. Granted, he was in a position to manipulate the stock market for payouts potentially worth billions, but that would have required both the free cash and intelligence that he lacks. (And it’s not clear that he didn’t do that, via third parties, either - someone seems to have made a lot of money with insider information before he made certain announcements.)

The grift itself is unsurprising. I’m just… almost disappointed his price is still so low, and he wasn’t aiming higher.

Reverse the phrases below and it becomes less surprising:

The cheaper the crook, the gaudier the patter – Dashiell Hammett

He’s always been a penny-ante grifter, even when the stakes were tens of millions of dollars (not a dime of it his own).

What is disturbing is that a lot of the donors actually know this to be true.