Spider preparing a fly for dinner

One summer I found an Argiope aurantia living under the deck and thought watching it wrap its prey was the coolest thing I’d ever seen. So I started catching bugs and throwing them into its web.

She was probably the best-fed spider for miles around.

Yes, don’t you love it?
I really try to take care of spiders and also the bats. And birds and hedgehogs and toats. And the cats. But one interferes with my kind of liking of birds.

KILL IT WITH SHOPVAC!

Way too fussy for my taste, I like my bugs with the direct approach, like mantids. Catch, and immediately start to eat, preferably from the head. We used to order mantis egg sacs for the garden and take one for an indoor pet when we could catch one a couple of inches long. We’d net flies or whatever and watch the mantis stalk them. They will literally eat anything, there’s video of them catching hummingbirds and snakes. Sadly, they only live one season.

My grandmother used to have nightmares about all the spiders she’d vacuumed up crawling back out of the vacuum cleaner at night en-masse and making their way into the bedroom for revenge.

Spiders are cool. I don’t mind them one bit. As a kid I would feed them like they were my pets. I thought it was fun to watch them catch their prey. To throw a bee into the web would always make for great entertainment. The bee would usually escape - but not always.

Even though I’m an arachnophobe, I have to acknowledge they are cool… or would be if they weren’t so damn creepy.

Honestly, arachnophobia’s one of the commonest phobias out; why does BB think it’s cool to put phobia-inciting GIFs above a cut?

Spiders are cool. I don’t mind them one bit. As a kid I would feed them like they were my pets. I thought it was fun to watch them catch their prey. To throw a bee into the web would always make for great entertainment. The bee would usually escape - but not always.

There’s video of a mantis sitting by a bees nest like it was a candy store, snatching one after another out of the air.

I don’t see them here, but when I used to spend time in Oklahoma, watching mantis (mantii?) was a favorite hobby. They are fascinating.

Mantids, I think. Not sure why.

This one lived in my bathroom for a while: 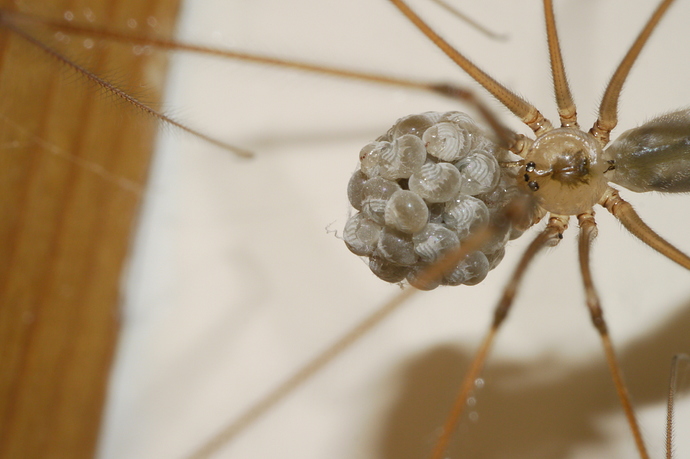 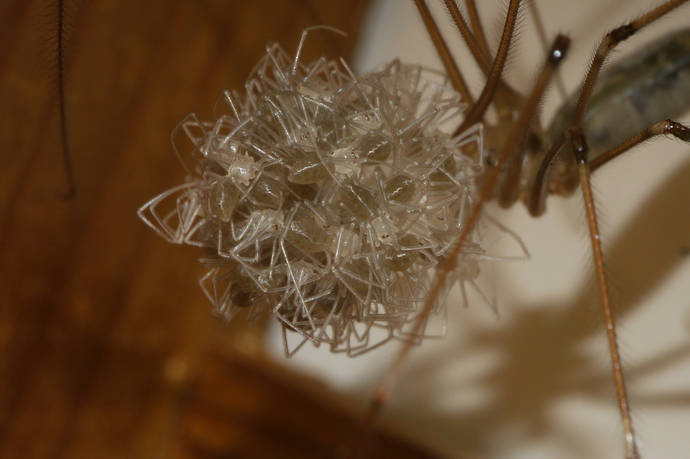 Apparently the females can live for three years. You can tell them apart by the markings on their backs, and this one moved around a little bit and raised about three broods before she disappeared. They scatter around her web, and she keeps watch over them until they’re ready to go off on their own. 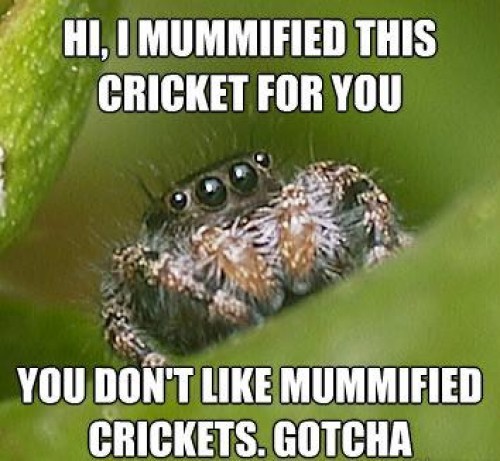 (This one just never gets old)

… And remember we have the Arachnothread for more spider discussion.

There are assorted Happy Mutants who really, really don’t like being unexpectedly faced with images of spiders and other arachnids. But there are also plenty of us who think that our webby friends are cute, cuddly, and altogether lovely. So, when you feel the urge to post some spidery goodness on another thread, don’t. Post it here and put a link to this in the original thread. [image]

best part is it looks like a horse fly. they’re vicious.

Hmmm, let’s see…insects that fly around, bite me and suck my blood…or the arthropods that eat them and tremble in fear when I pass. Yeah, not a difficult choice.

Pft, I’ve seen the impact of what the shopvac does to 'em. They come in with such force they splatter on the opposite side of the cylinder.

I have a Dyson cordless vacuum (thanks Costco), which gives you a nearly as good cordless result (with a clear inspection chamber). If they survive, you have the choice to vacuum up other crap (so they have stones and whatnot in the whirlwind), or simply ejecting the canister outside (or above a toilet bowl). Works great for centipedes, and flies as well

OK, I will provide the obligatory cultural movie reference, from the ending of the original late '50’s film, “The Fly”:

“Help me! Please help me!! NO! NOOOoooo,!” (mphfcarunchbang)