I’ve been waiting for “white old officer with mustache from Death Star board room” to show show up*. Other than the guy who got some non-consentual breath play from Vader I have always wondered what was the point of all those officers on the DS. And as we saw in Rogue One, Tarkin kinda swooped in and just took over the joint (Catalyst novel expands more on how this happened) so I wondered what all these guys (department heads maybe?) felt about the power change.

(*I know, I know… we saw him already as he had a decent role in the CW cartoon)

Edit: I should read wookipedia more often. Apparently “questions Vader stupidly” guy was head of army operations on the DS. Mustache man was a chief intelligence officer (makes sense why we would be seeing him on Rebels now) and the rest were all on Tarkin’s personal staff.

If you consider that the OBS I alone had well over one million military personnel onboard the number of officers in those staff-meetings was incredibly small or exclusively of extremely high-ranking officers.

Is this series true to Zahns books or is it something “re-imagined”? I read that Disney threw out the whole EU (Expanded Universe, not European Union) after taking over the helm of Star Wars.

Throwing out the EU was done for two reasons

So Zahn here is not the same as the Zhan in the books (this show takes place about 4 years BBY) where as the Zahn trilogy was all post RotJ. However, many facets of what makes Thrawn are re-used in this new continuity. There are also little fan nods here and there to honor the original books.
extra cool: Zahn has been brought back to write a new novel all about our blue Grand Admiral.

Is this series true to Zahns books or is it something “re-imagined”? I read that Disney threw out the whole EU (Expanded Universe, not European Union) after taking over the helm of Star Wars.

I am sure we’ll hear I’m wrong but…

He’s a far less Force crazed or obsessed Thrawn. Lacking that fallibility they’ve made him perhaps a little too over confident but he appears to be brilliant at the long game.

he is a truly great character and a good balance to the inept incompetence that seems to plague so many other commanding officers.

Zahn has been brought back to write a new novel all about our blue Grand Admiral.

So Chewie is alive then? Good thing the whole Yuuzhan Vong War is no longer canon then too. Hated it so much that I stopped reading EU books.

I am sure we’ll hear I’m wrong but…

No, thats pretty much spot on for this Thrawn. Seeing as the Jedi are “all but extinct” at this point in time it would make no sense for him to be so force obsessed. So far, he has been rather nerfed in Rebels but most believe (and it looks like we will be seeing that soon) as you do that he is playing the long game to crush the rebellion. I am hoping this season ends on a rather down note with Thrawn raining havoc and destruction to our plucky rebellion. Would make sense leading up to the way we see the various cells working in Rogue One (i.e. no clear agreed upon actions, naysayers in the mix and a tenuous alliance at best)

So Chewie is alive then?

Did you not see The Force Awakens? You can’t keep that Wookie down!

Thus far, I haven’t seen him reference the Force at all. Nor does he have his little force cancelling pets or Guri the Cyborg (?) assassin/body guard.

The included that faction in the Star Wars Minis game.

So far, he has been rather nerfed in Rebels but most believe (and it looks like we will be seeing that soon) as you do that he is playing the long game to crush the rebellion. I am hoping this season ends on a rather down note with Thrawn raining havoc and destruction to our plucky rebellion

He is mad but lacks madness in Rebels. I don’t think “nerfed” is correct but he is differently presented as without any passion whatsoever? He is pretty passionless in Rebels. While this makes him appear less threatening, the thing is thus far he hasn’t tried to threaten folks because he doesn’t need to. Everything about him is a threat tho.

By nerfed I mostly mean we have hardly seen him take ANY military action against the Rebels so far. Something normally Thrawn would be executing missions and offensives against the rebellion all over the place.

I am mostly hoping that he will make the jump from animated to live action. Save his true genius for the films. Have him show up and kick Snoke out and take over the First Order. They did cast Lars Mikkelson for a reason right?

only time till tell to see what else they bring back from the EU. (I for one couldn’t stand Mara Jade. She went from bad ass character in her own right to just being a love interest for Luke)

Does this Thrawn have Force-neutral critters like in the Zahn trilogy? Man, that pissed me off. That was almost midichlorian bad. 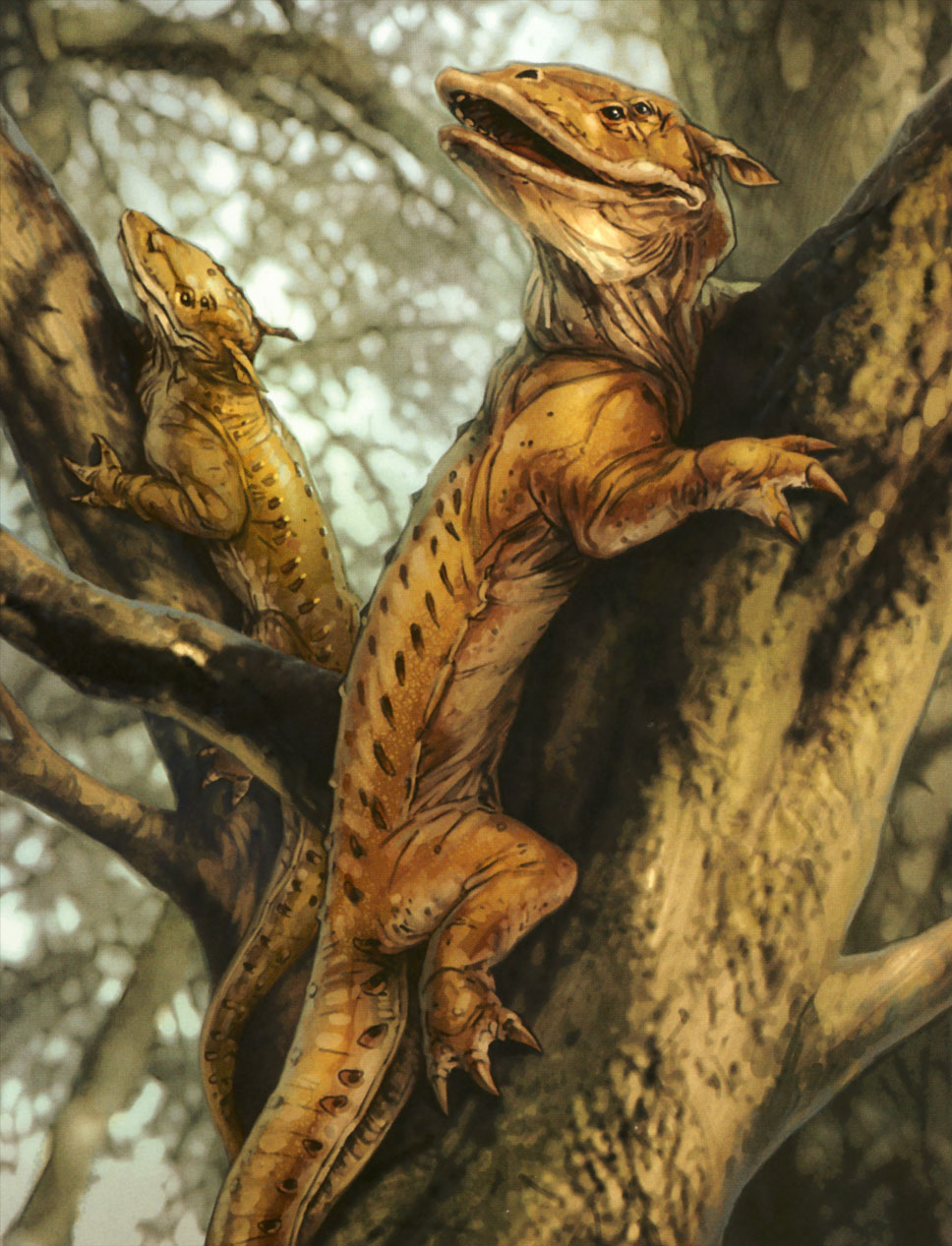 Ysalamiri were furry, lizard-like tree-dwellers about 50 centimeters in length native to the planet Myrkr, most known for their ability to repel the Force by creating a Force-neutral bubble. This ability evolved in response to predation by the...

Nope. Again, not many Jedi around at this point so no need for them. There is however a painting in Thrawns collection in Rebels of the little creatures as a nod to the fans.

Also, by the time he shows up in the…non-canon novels, he was more or less the emperor in all but name.

Honestly, it makes me wonder why he didn’t start crushing the sith remnants around that point, given their chaotic nature.

That pretty much turned me off the books right there. An animal that somehow counteracts a Zen like mental discipline?

I can understand WHY Zahn put them in there, story wise, but still?

(Addendum: Zahn is a really great guy. I remember he turned up at our campus SF convention early, came to the office, and volunteered to help out.)