The GQP is planning to murk that orange muthafucka & blame it on the left.

Yep. He should be terrified right now. If the Murdochs fully turn on him he’s toast.

The thing I realized a long time ago ~ 2020 was that these folks will project their own behavior onto their enemies. So when the guy in a FB debate on COVID will say hospitals are faking patients to pad their income, what he meant was this is what I would do given the opportunity so anyone else would do the same.
ERGO
When Bannon says that he is really saying he is ok with it and it would be in his own tool belt .
This works for all extremes but ATM it is the far right that is actively trying to create a fascist state

I wouldn’t be surprised if this was just an attempt to get ahead of and use the fact that they know Trump isn’t the healthiest old person and is going to die at some point and they’ll be able to say, “see! I told you he was going to be assassinated!” My experience reading the whacky things conspiracy theorists posit tells me they think anyone who doesn’t die at 90 of old age was bumped off because “they knew something.” Cancer, car accidents, bad diets, covid, etc. are all tools of the “elites” to kill off people they don’t like apparently.

You know, this makes me wonder how quickly they can get the MAGA chuds to flip and take him out themselves. They’ve shown plenty of mental plasticity these past few years and DeSantis is already marked for ascension. Really it’s just a question of how to frame trump’s necessary “betrayal” and weave a narrative of him being a Deep State plant this whole time. I’m guessing it would take less than a month once they really commit.

In the run-up to the election in 2016 there were plenty of smug commentators on the left who were semi seriously floating the idea that Trump was a Clinton plant, made to take the GOP down with his inanity, corruption and crassness. And then he won. Maybe in this scenario, the idea will be brought back by the Q-MAGAs as a convenient reason to jettison him.

We all know Trump is worth more to the cause of law-and-order alive and being prosecuted, than dead.

So yes, Bannon is the one who wants him dead, because his death helps their cause as a martyr.

And he doesn’t even need to be assassinated. Andrew Breitbart dies of a heart attack, like one does when middle-aged, overweight, generally unhealthy, and always on-edge with sweaty trembling anger. This gets chalked up to “Obama had him killed.”

Would we even be able to tell? He already looks like a corpse. I get the strong impression that he doesn’t smell good. The cogency of his discourse would not decrease. I’m guessing the endless supply of ethanol permeating his hide will prevent it from rotting.

They’d probably just keep propping him up at dinner parties and fundraisers and counting on the fact that most people don’t want to get that close to him.

“I do not think it’s beyond this administrative state and their Deep State apparatus to actually try to work on the assassination of President Trump. I think everything’s on the table. I think his security ought to be at the highest level.” 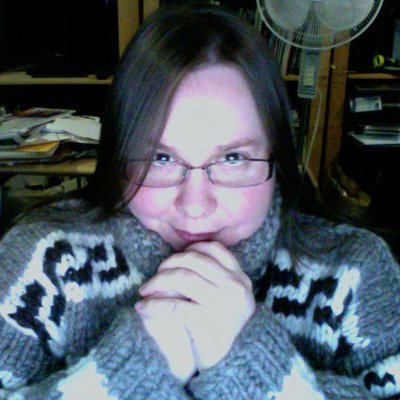 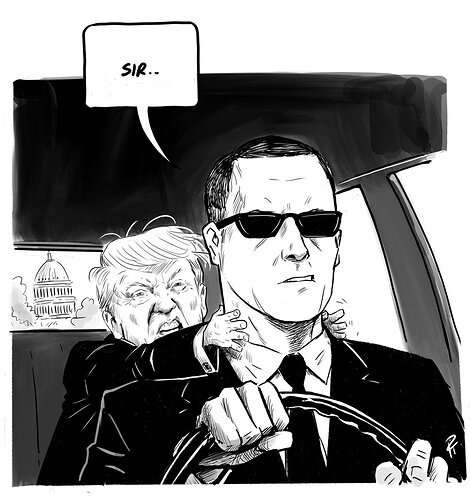 Somebody will bring up that interview where the orange clown said if he ran for President he’d run as a Republican because they’re gullible, thus proving he never believed…

The “deep state may try to assassinate Trump”

how quickly they can get the MAGA chuds to flip and take him out themselves.

Bannon is the one who wants him dead, because his death helps their cause as a martyr.

I guess stochastic assassination is just a small sub-branch of stochastic terrorism.

Somebody will bring up that interview where the orange clown said…

That’s the thing about Trump. He’s as wishy-washy as the Bible is, always coming through when you need a contradictory quote from him. 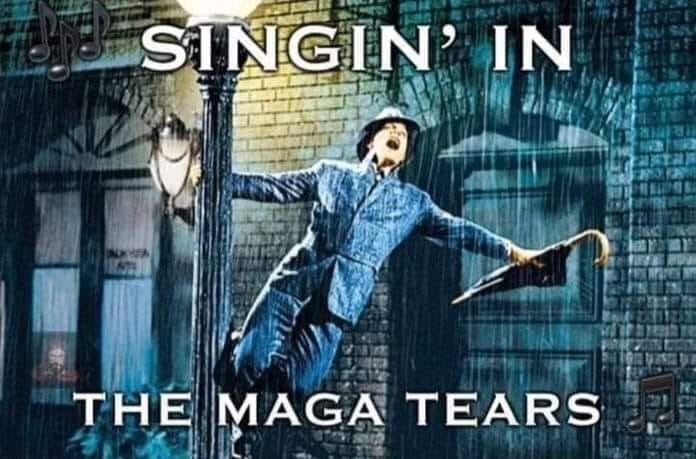 Bannon and his ilk are bottom feeders. Their question is not, “how can I better serve Lord Trump”, it’s always “how can I get more chum?” Currently, Trump is gorging on the majority of the chum. Their best bet is when he’s dead, to make the loudest noises about how they’re continuing his quest, so they can get a disproportionate share of the chum. If they’re the one with the best story of how Hilary and George Soros ganked him, they get the best chum. So, they’re starting early. 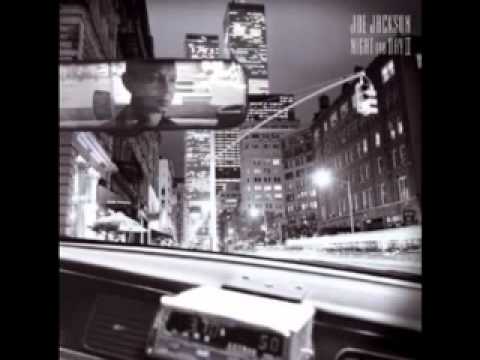 Andrew Breitbart dies of a heart attack, like one does when middle-aged, overweight, generally unhealthy, and always on-edge with sweaty trembling anger.

That sounds like another right wing media personality, one who’s been having some legal trouble recently.

Trump never said that. Of course that wouldn’t stop any of the deplorables from spreading it, if they were excited to turn on him.

Just STFU, steve. No one cares what a semi-sentient pile of wrinkled, filthy laundry has to say about anything.