Probably time for this kind of thread…

We’ll kick it off with the great Laurie Penny, telling us that it’s okay to be pissed off and to push back against these fascists… 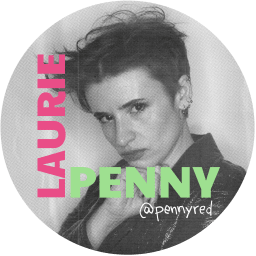 So much for the Land of the Free.

By overturning Roe, the American right has destroyed its moral authority. It’s time for those of us who actually believe in freedom to become as much of a threat as they imagine.

Here’s an MD with a fact-based, graphs-and-charts discussion aimed at men who either choose to be silent and/or impregnate women: 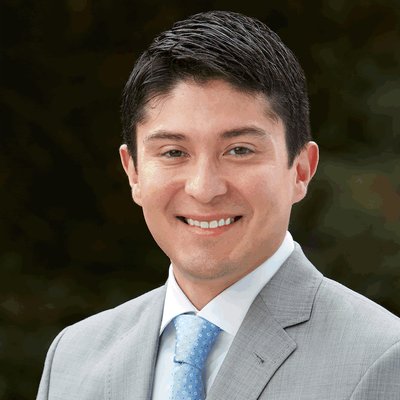 The thread is long. Sorry.

If you want to skip all the evidence Dr. Caballero tweets in that thread, the TL;DR is:

@DataDrivenMD
28/ To summarize: 🔸teen sex is more common than we're willing to admit 🔸this country ignores an epidemic of rape among 18-29 year-old women that is perpetrated by (mostly) young men who know their victim(s)— and in many cases are in romantic relationships with them

@DataDrivenMD
29/ To summarize (cont.): 🔸men have thus far been largely sheltered from the fact that unintended/unwanted pregnancies are *common* and that a third end in abortion 🔸today's SCOTUS ruling changes everything for everyone— even men (regardless of their sexual orientation)

@DataDrivenMD
30/ It is foolish for any man in this country to delude themselves into thinking that they are in a position to remain quiet even as the women in their life are stripped of a basic human right. This will hurt you, too— in more ways than you could possibly imagine. SPEAK UP! /X

In case y’all find yourselves in a position to have a fact-based, rational conversation with… people who may be in need of facts. 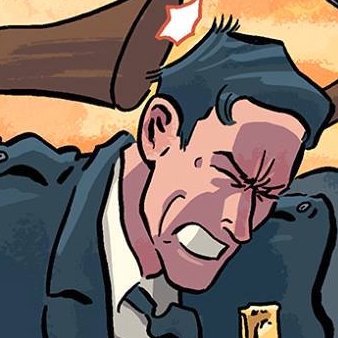 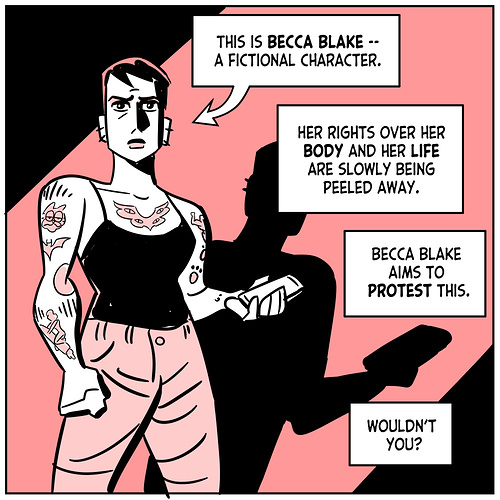 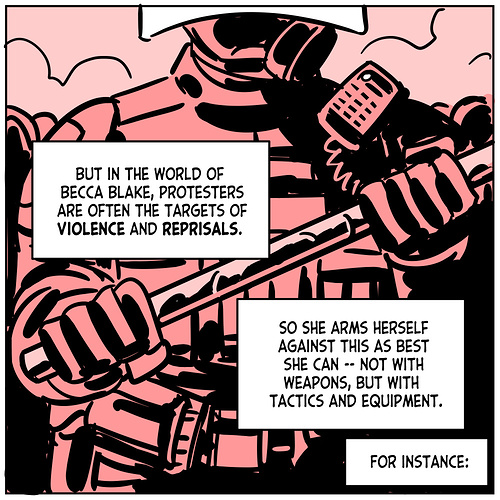 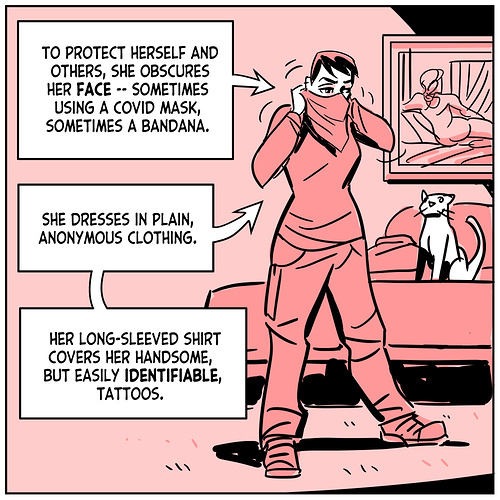 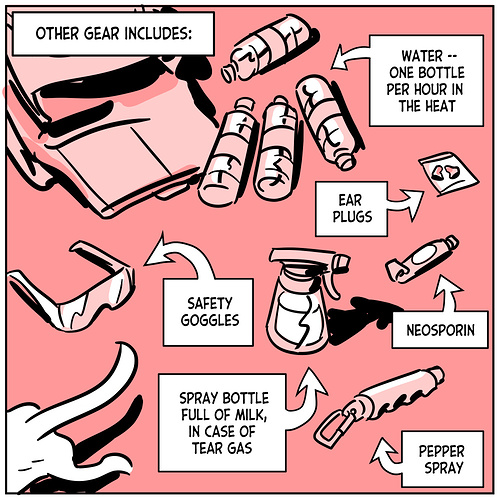 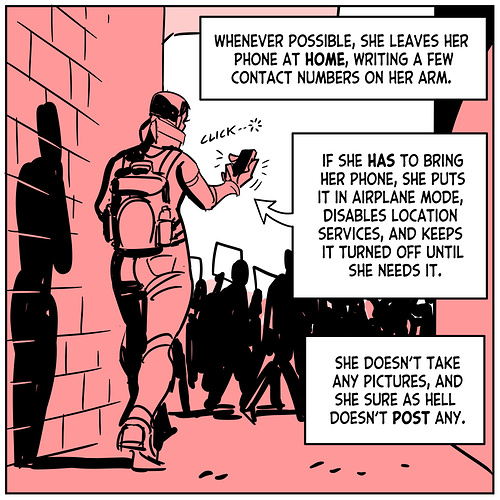 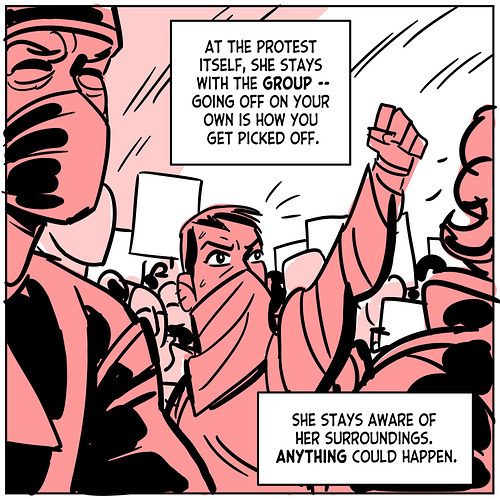 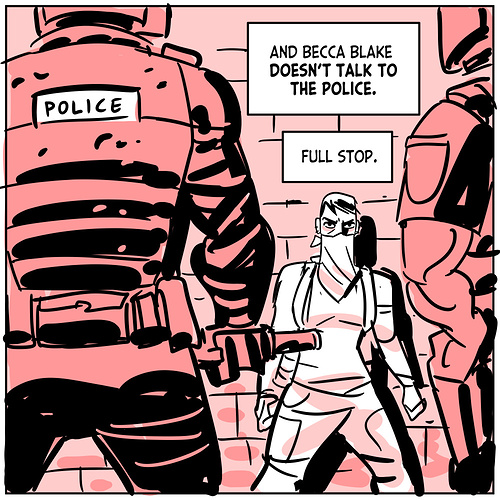 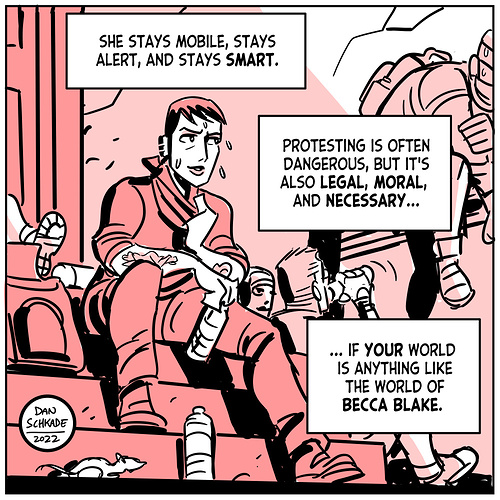 My concern about that comic is that a face mask probably won’t protect you from facial recognition cameras and can’t phones still be pinged even in airplane mode? Stick that thing in a Faraday pouch if you’re bringing it.

A face mask with a few markings on it should do the trick. I’ll ask next time I’m chatting with someone who will know for sure.

A face mask with a few markings on it should do the trick.

A lot of wiggle room in the word “should”. The research into the effectiveness of dazzle makeup seems limited and scattershot and besides, it’ll be a never ending arms race between the tech and the latest circumvention methods. And even then you may be flagged as a person of interest to a human operator because the machine can’t tag you.

This is a thread for strategies, so let’s keep it on point, kids. 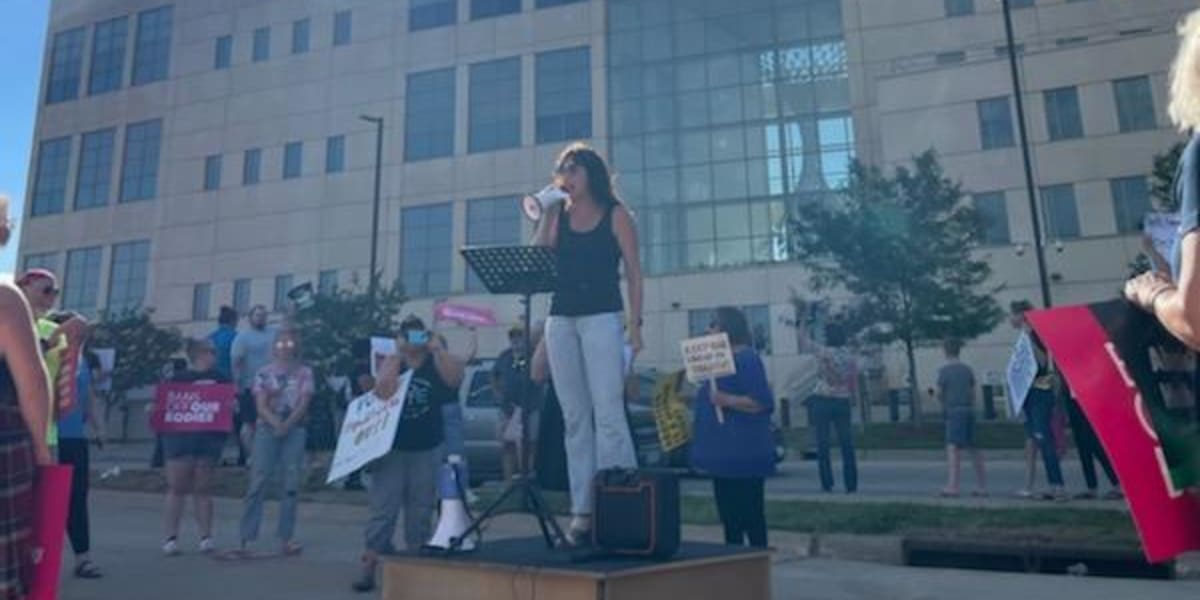 This Is How We Fight

Links, resources, and a story

More of same, with MDJ, an excellent medical communicator.

Yes but they have to be effective or what’s the point? If we know where they fail we can work to ensure they succeed the next time. I know my posts sound like something Masha from Attack Surface would say but i’m not saying we give up the fight, far from it.

Masha, I’m sorry, girl, but you don’t understand this thing. Fights like this aren’t fights you win, they’re fights you fight . If we curb the Oakland PD and out Zyz, they’re not all going to take up Buddhism and move to a damn ashram. They’re going to hang around like a bad smell, like Voldemort reassembling his power from the back of some poor asshole’s head, until they can come back for more. This isn’t a thing you do, it’s a thing you commit yourself to. It’s a thing I commit myself to.
-Attack Surface, Cory Doctorow

There is no perfect form of resistance. They are ALL flawed. So we can sit here and nit-pick them to death for some kind of perfection that doesn’t exist, or we can share a variety of strategies that we can use when it makes sense.

And I don’t think it sounds like Masha, because I think the point there is that you can’t have a perfect singular strategy that will WIN, but you’ll have multiple forms of action that will move you further along.

And I don’t think it sounds like Masha, because I think the point there is that you can’t have a perfect singular strategy that will WIN, but you’ll have multiple forms of action that will move you further along.

Masha spends most of the novel being defeatist as she nitpicks every strategy the activists use since she built the tools used to surveil them while missing the bigger picture of why they fight so i’m acknowledging that i’m aware of that and don’t want to sound defeatist. 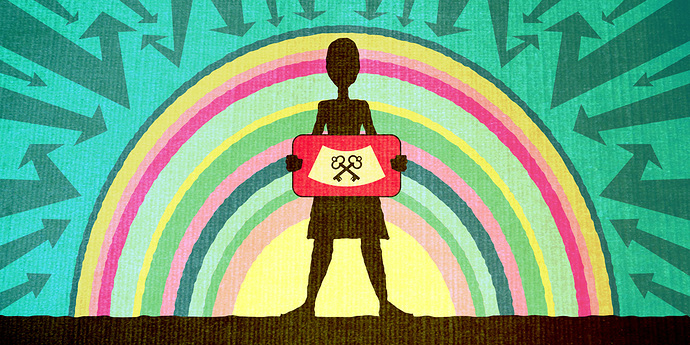 Security and Privacy Tips for People Seeking An Abortion

Given the shifting state of the law, people seeking an abortion, or any kind of reproductive healthcare that might end with the termination of a pregnancy, may need to pay close attention to their digital privacy and security. We've previously... 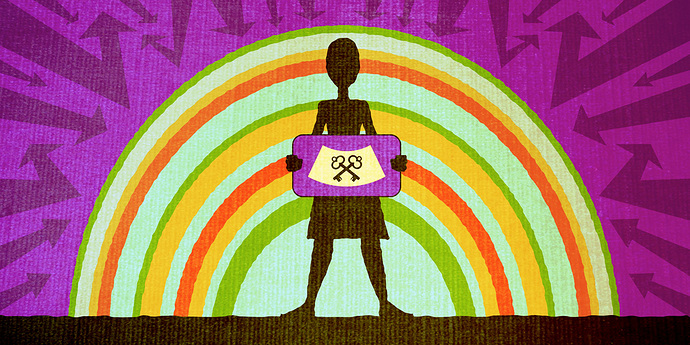 Should You Really Delete Your Period Tracking App?

Since the Supreme Court’s Dobbs decision depriving people of the right to abortion leaked last month, some have advised deleting period tracking apps to prevent that data from being used to target people seeking abortion care. But it’s useful to... 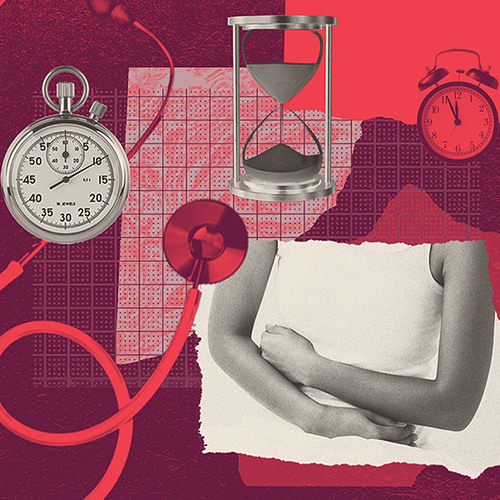 On June 24, the Supreme Court issued a dangerous ruling overturning Roe v. Wade in an unprecedented attack on reproductive freedom. But this fight isn’t just taking place at the Supreme Court. The ACLU is prepared for this moment, and will continue... 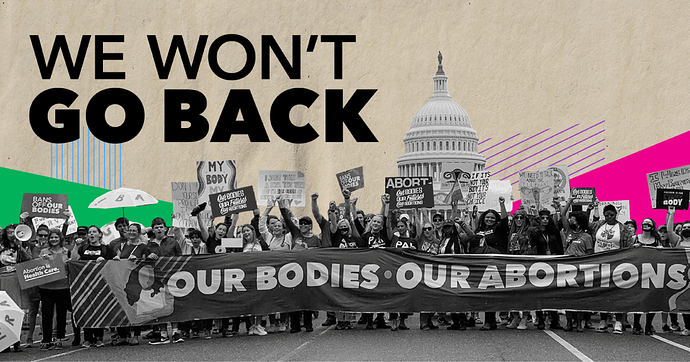 We Won't Go Back | Events Map

Join a We Won't Go Back event near you.

Not just around reproductive rights, either. Any and all rights.

Yeah and when digital historians unearth this thread from whatever mothballed server it resides on they’ll see a timeline of trending events that government fuckery inflicted upon us.

Here’s a list of the many paths that could be taken to lessen or remove the current Supreme Court’s fascist power: 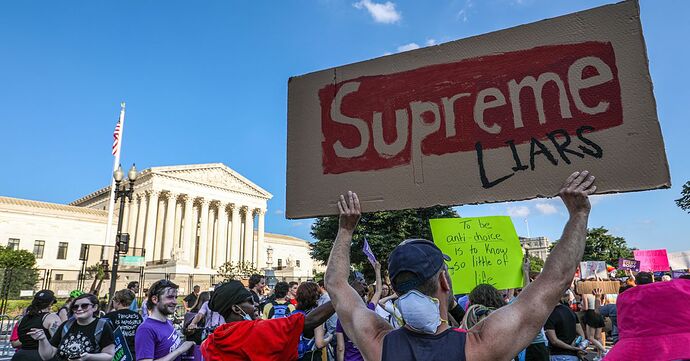 Democrats don’t have the votes right now for major Supreme Court reform. But if they pick up seats, they could have many options.

I have found this to be true, FWIW. Don’t use facts, because they have their own alternate facts. Tell them a personal story instead:

Facts Are No Longer Convincing. Research Suggests You Should Say This Instead

Facts are the cornerstones of reality. At least, they used to be. 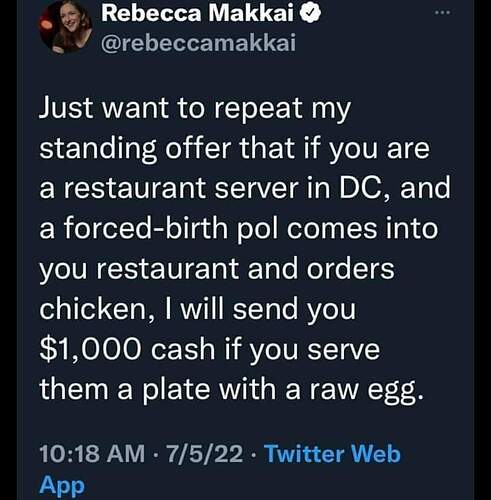