Subliminal penises and other bizarre FCC complaints about Mythbusters

They really are everywhere… 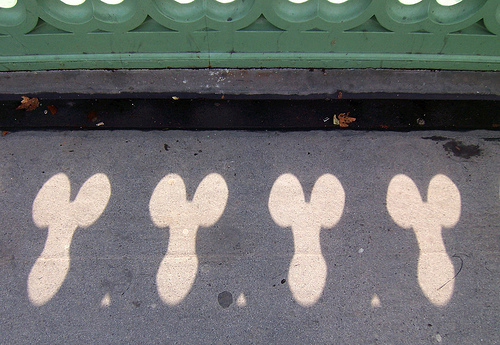 It’s been a while since I’ve had cable, but isn’t Discovery channel on cable? So not only do they seems to lack the ability to turn off their television over these idiotic complaints, but they purposefully pay for the service too. If these mopes are that offended by anything on Mythbusters (or the Discover channel in general, really) then perhaps they just shouldn’t have televisions.

These are people who have dedicated their lives to being offended. I almost pity them. Imagine the stamina it takes to be that worked up over life on a 24/7 basis. For context, check out the “Million Moms” organization - which is basically a woman with a computer and a half dozen Facebook followers.

They were pretty good at telling us how to behave and what to believe. The problem with learning about church history is that learning it exposes much of it for the bullshit that it is.

My big complaint about discovery/mythbusters would be that the commercials for other discovery shows are so tremendously crap. If I’m watching mythbusters with the kids, I always have to have the remote at the ready, because my kids are still young enough to be a little freaked out about shit like “Monsters Inside Me”

I admit I find Mythbusters easy to fap to.

This must be the reason! I feel manipulated!

On more than one occasion, I’ve been required to explain the difference between Catholic and Protestant to church-going Catholics (and I’m a lifelong atheist). And I have a Catholic relative (who used to be a schoolteacher…) who proclaimed that he loved the Da Vinci Code because it taught him so much about church history…

These are people who have dedicated their lives to being offended.

In Oz, we have a word for these killjoy fuckwits: wowsers.

A damn fine word, and it’s a crying shame it hasn’t done much to protect us from bloody wowserism.

Are they related to Madame Palm and her five lovely daughters?

Anyone who proclaims to have loved the Da Vinci Code needs to be severely beaten with a copy of Foucalt’s Pendulum until they mend their ways.

man, headline talks about penises and the mythbusters and i got all excited for nothing.

I loved it. It made me feel soooo smart.

I’m not a native speaker of English, and if I have any talent as a fiction writer, it has yet to reveal itself. But even I get to laugh at a writer who starts a paragraph with “Meanwhile”.

Dan Brown is a writer who really does his homework. I get the impression that he painstakingly researches every little detail of his novels. If he didn’t, he might accidentally write something that matches reality at some point. Instead, he perfectly leaves the reader guessing, because if logic, history, science or plain common sense dictate that a certain thing will happen, SOMETHING ELSE WILL HAPPEN.

In Dan Brown’s novels, GSM cell phones have dial tones, but apparently they work in airplanes. ATM machines in Paris offer English as the first language choice, before French. And Swiss banks in Paris operate under Swiss law, not French law. French people proudly proclaim how France is not a free country like America.

In “Digital Fortress”, the NSA are the good guys, and everyone who disapproves of universal spying is a terrorist. Whenever there is a combination lock that someone doesn’t know the combination for, Dan Brown gives an exact 10-digit number of how many possible combinations there are, but the number he gives is made up and off by a dozen orders of magnitude. And for the big finale, the Good Guys have to find a one-digit password set by the Bad Guy, with the help of a hint left in a source code comment in a compiled program. If you know that 2 is a prime number, the answer is glaringly obvious, but Brown apparently doesn’t, so he simply claims that “the Nagasaki bomb did not use plutonium” in order to arrive at the answer 3.

Of course, Eco is a better writer, knows more about history and his novels are better in just about every sense. But when reading Eco I never once had the satisfying feeling of feeling smugly superior to the author and his intended audience.

The Sofa of Decadence: 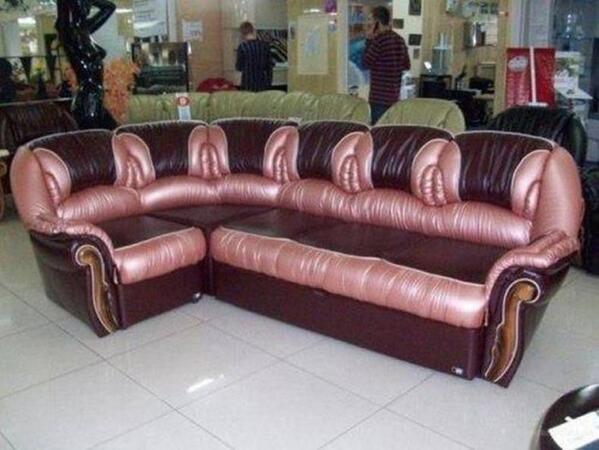 The Flames of Desire: 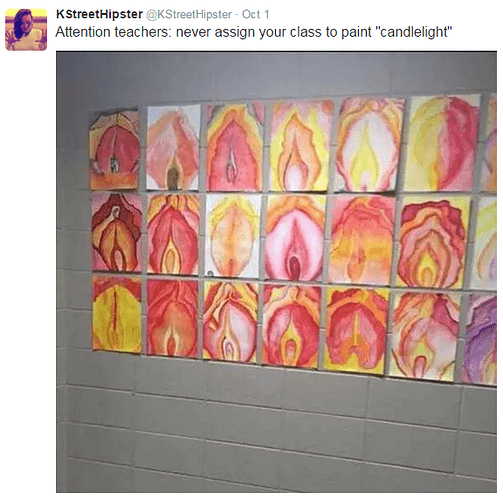 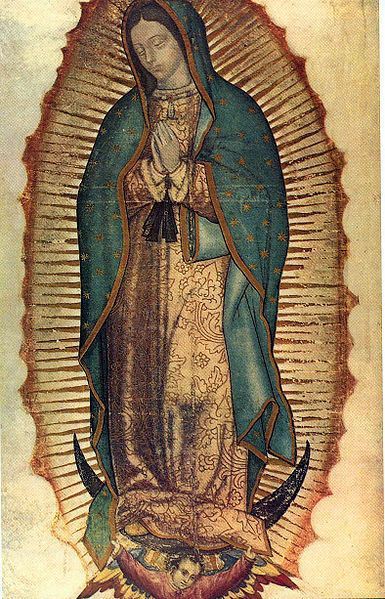 I don’t know why, but this brought to mind Simon and Garfunkle’s “Silent Night.”

I always get a kick out of it when I see one of these “Madonnas” at an anti-choice rally! 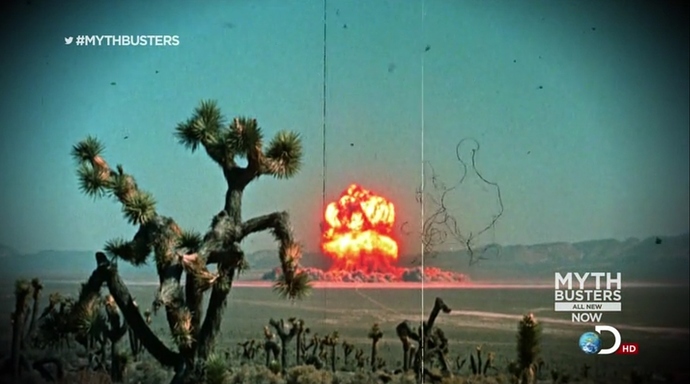 Here’s the “man receiving sex” that some idiot was so worked up about. It looks like what it is: a small scratch on a single frame of film shot over 60 years ago.