Suffragetto, an early 20th century board game, pitted suffragettes against the cops

Can you dress up the cops in tiny riot gear and gas-grenade launchers?

100 years ago I doubt the cops would club affluent white women in public.

Now the sexes can expect to receive equal police brutality.

Given the fate of the Landlord’s Game from the same time period, I shudder to think about how this would have been modified by sexists to suit their regressive agenda.

The Landlord's Game is a board game patented in 1904 by Elizabeth Magie as U.S. Patent 748,626. It is a realty and taxation game intended to educate users about Georgism. It is the inspiration for the board game Monopoly. In 1902 to 1903, Magie designed the game and play tested it in Arden, Delaware. The game was created to be a "practical demonstration of the present system of land grabbing with all its usual outcomes and consequences". She based the game on the economic principles of Georgism,...

Accounts of “Black Friday” in 1910 suggest police were quite ready to assault white women in public in front of the House of Commons in London:

“But the reality of the violence of this ‘Black Friday’ seems to have been quite different than the Times report. As historian Katherine Connolly writes, ‘For six hours women were batoned, beaten, punched, thrown to the ground, kicked on the floor and had their faces rubbed against railings in full view of the House of Commons. There were also widespread reports of police sexually abusing the demonstrators. They repeatedly pinched and twisted their breasts, lifted their skirts, groping and assaulting the women for hours.’”

I suspect this day (and perhaps others like it) may have been the inspiration for the board game.

Reminds me of Up Against The Wall, Motherfucker!, a board game simulation of the 1968 Columbia University student riots, which pits the anti-war student Radicals against the establishment Administration. 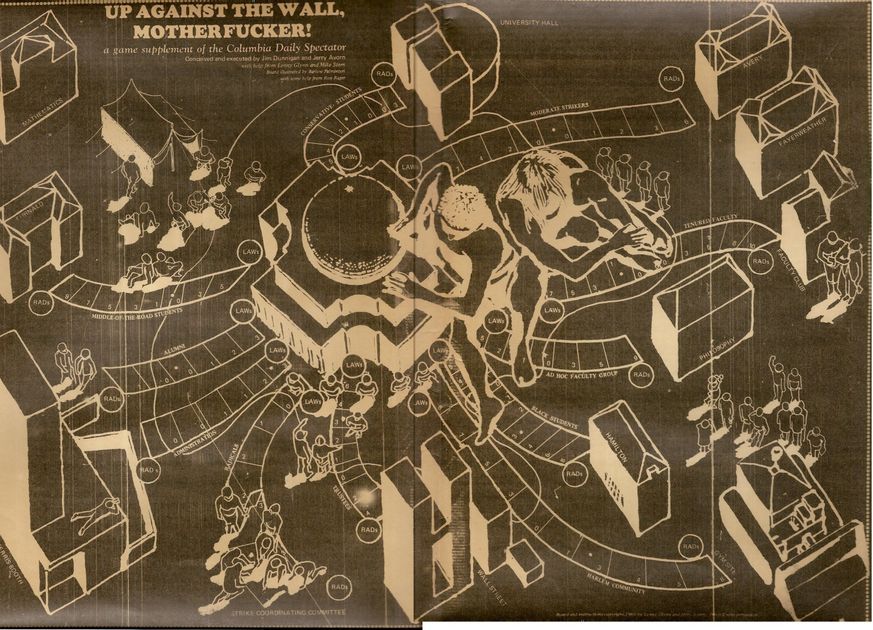 Components: 12 markers and 24 small cards, to be mounted by the players Map: 1 double newspaper page with a cartoon representation of the Columbia campus Scales: abstract Sorry, but that is the title. This game took as its subject the student...

One thing that struck me about re-watching Mary Poppins as an adult is that pretty much everyone treats Mrs. Banks’ suffragette campaign as a joke except for the Chimney Sweeps’ Union, who clearly also have a strained relationship with the constabulary (judging by Dick Van Dyke’s nervous demeanor during the one-man-band bit early in the film).

I was just reading the rules. It’s a symmetrical game much like checkers with a few key differences. Just like checkers you can jump over an opposing piece to capture it. When the police capture a suffragette, she is “arrested” and moved off the board to the prison. But when the suffragettes capture a police unit, he is “disabled” and moved to the hospital. What jumped out at me is that it specifies that suffragettes can disable police through jiu jitsu.

I don’t think it would’ve been Jiu-Jitsu, but given the climate and how heated the Suffragette demonstrations got (see above) I wouldn’t be surprised if there weren’t some groups of them who did self-defense training.

I just thought it was interesting that the rules, written in that era, specifically mentioned “jiu jitsu”.

The have been edited for clarity, but it would be shocking to me for someone to edit that in, so I assume it was part of the original text.

Of course they could have been unaware that jiu-jitsu is a specific martial art and just used it to mean self-defense generally. I’m sure we’ll never know.

Oh! I completely missed that. That is oddly specific: Wikipedia says that Jiu-Jitsu was only introduced to the west 10 years before the game was made, so maybe it was just in the public consciousness at the time?

Had the police known there was barbed wire hidden in the floral arrangements, things might have gone a little differently. 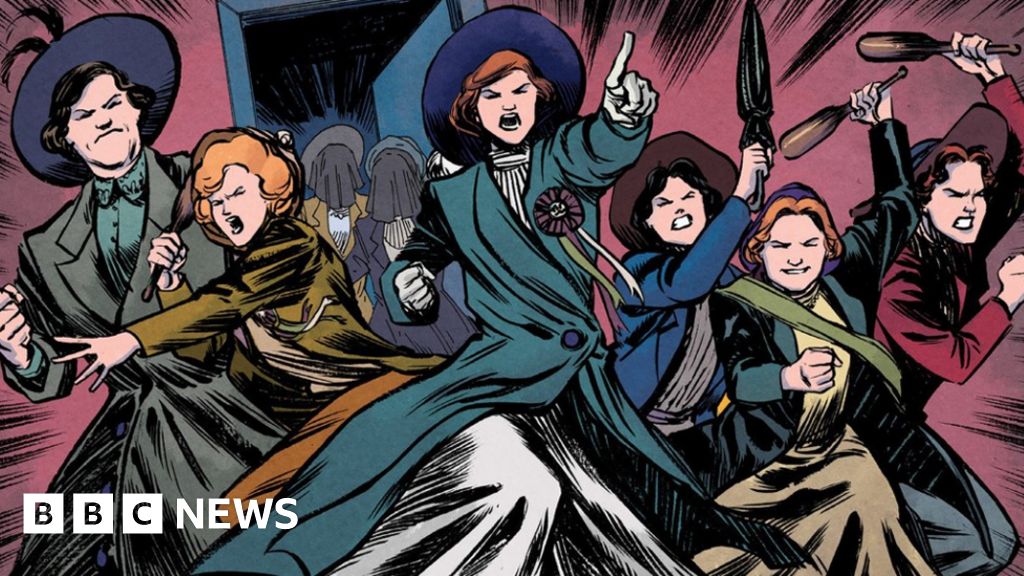 How the suffragettes fought back using martial arts

The suffragettes were exposed to violence and intimidation as they campaigned for votes for women. So they taught themselves jiu-jitsu. 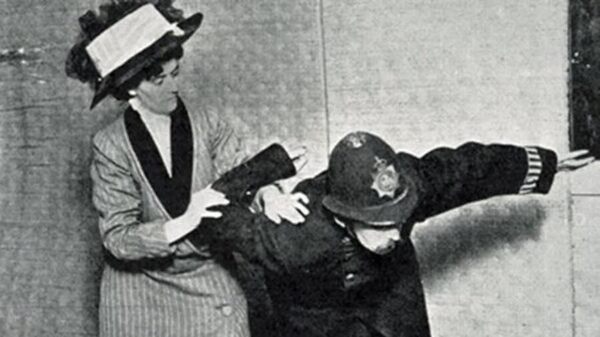 The Suffragettes Who Learned Martial Arts to Fight for Votes

100 years ago I doubt the cops would club affluent white women in public.

This game wouldn’t exist if they hadn’t.

@tekk @Humbabella This amused me:

While this is a fictionalized retelling, it’s a good one.

A Special Mischief was the tenth episode of the second series of the British television series, Upstairs, Downstairs. The episode is set in 1909. Elizabeth Bellamy becomes involved in the Suffragette movement and she joins a group of militant suffragettes . She is participating in an attack on a government minister's London home. Elizabeth is arrested, along with her innocent housemaid Rose. Julius Karekin, who exiting the MP's house, finds Elizabeth's card. Julius Karekin (born 1875) is a we...

Well I know what I am bringing to the next board game day at the library!

Easier to get a hold of, more relevant and a better experience all around:

Bloc by Bloc: The Insurrection Game - Out of Order Games

Bloc by Bloc: The Insurrection Game is a semi-cooperative strategy board game inspired by 21st century urban insurrection