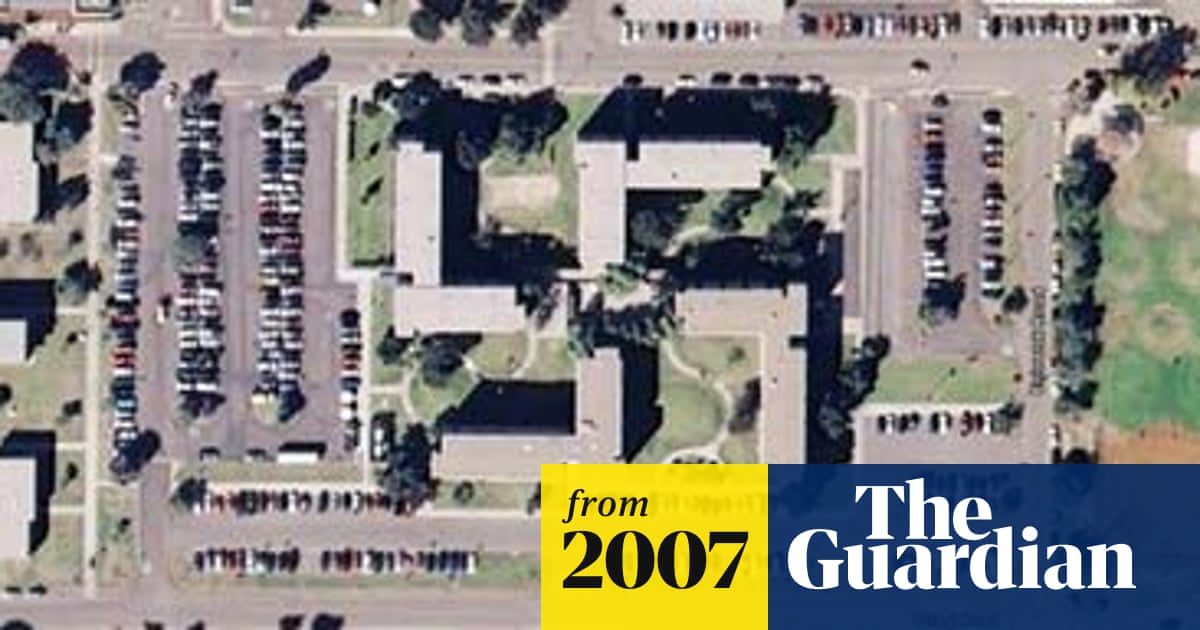 Navy agrees to camouflage 'swastika' base

While appearing innocuous from the ground, the striking shape of a construction in San Diego, now on view to internet users accessing Google Earth, is unmistakable - it resembles the Nazi symbol.

Are there other communities in New York with a Sanskrit origin? Dharmaville? Omtown? Namaste?

Maybe Shanty Brook is actually supposed to be Shanti Brook?

A guy talking about this being called Douglass is kinda on-the-knuckle, isn’t it?

I get their point - “it’s our town not yours, it doesn’t mean what you think it means, now piss off”. But they might regret it when the tiki torch brigade decides that Swastika sounds like a lovely place to hold their next Charlottesville Jamboree.

I think they’d have trouble finding parking, let alone lodging. It’s an unincorporated community out in the middle of the woods. Better off trying Swastika, Ontario, Canada.

On one hand context is important and we shouldn’t blindly condemn everything on appearances alone. On the other hand, it is very bad optics. If actual Nazis start using it as a tourist attraction or base of operations, they may want to rethink things.

That’s nazi action they should have taken.

Look, as a person from the subcontinent I’ll tell you that there are a frankly ridiculous amount of places in America named after places in India [1]. And it’s really freaking annoying when you google something and find results coming from (for e.g.) Delhi, NY or New Delhi, IL. I mean, with all due respect, 30 million human beings live in the Delhi and it is IIRC the third largest urban agglomeration in the world. Also, why is there a random spot on the I5 a bit north of Camp Pendleton that’s called ‘Agra’?

In reference to the original topic at hand, I can tell you that I dislike Americans who tell me they’re trying to reclaim the swastik (it’s happened) marginally less than Indians who are actively engaged in reclaiming the swastik, because the latter have no reason to do so (it’s never been taboo in the subcontinent with the dots attached) and a suspiciously large number of them include examples overlaid at 45" over a white-on-red circle.

[1]: You said Sanskrit, although obviously the word is originally Sanskrit, it’s in most of the languages of the subcontinent (except Tamil iirc?). Curiously, the origin of Delhi may be in Persian rather than Sanskrit.

Edit: I forgot to say, Shanti Brook sounds like one of the millions of real estate developments in India with a fake American/British name; except with a respectable amount of originality…

I like that I was able to find this link by googling ‘nazi trees’, because that’s all I could come up with for a descriptive phrase after hearing about these on QI. (I typed ‘german nazi trees’ at first, but then removed ‘german’ thinking it was tautological)

The forest swastika was a patch of larch trees covering 0.36 ha (0.89 acres) area of pine forest near Zernikow, Uckermark district, Brandenburg, in northeastern Germany, arranged with their light colors to look like a swastika. Reports say the larches were planted in 1938. It is unclear how the trees came to be planted and arranged in such a fashion. It seems they were planted in commemoration of Adolf Hitler's birthday, either by local Hitler Youth members or by a warden. For a few weeks every...

I said Sanskrit because the linked article claimed that the founders of the village had named it after the Sanskrit word.

New Amsterdam feels your pain. Don’t get me started on Philadelphia.

Of course, I wasn’t questioning that, just describing why my example was of a name that’s questionably Sanskrit but of the same class, imo.

Honestly, I should really know whether Delhi is Sanskrit in origin or Persian but I’m ashamed to say I don’t, so I was trying to draw attention away from that

Don’t get me started on Philadelphia.

There’s a Pennsylvania about fifteen miles from where I live, on the way to Bristol.
That’s Bristol, U.K., just to clarify, where John Cabot sailed from, the first modern Westerner to actually set foot on mainland America.
Unlike that loser Columbus!

tiki torch brigade decides that Swastika sounds like a lovely place to hold their next Charlottesville Jamboree.

The closest major city (and with a population of 20,000, I use the term “major” loosely) is Plattsburgh, NY, 25 miles away. Swastika is nowhere near any major highways, train stations, bus stations, or damn near anything. The entire town seems to consist of perhaps 4 or 5 houses, a sawmill operation, and one above-ground swimming pool. It does not contain a traffic light, much less motels, restaurants, or police.

So, the tiki torch brigade can show up, but I doubt the Plattsburgh news van will bother to make the trip to see a bunch of morons spout nonsense in a large field that badly needs mowing.

There’s a Pennsylvania about fifteen miles from where I live, on the way to Bristol.
That’s Bristol, U.K., just to clarify, where John Cabot sailed from, the first modern Westerner to actually set foot on mainland America.

I’ve been to Washington a few times too.

Washington is a large town in the City of Sunderland local government district of Tyne and Wear, England, and part of historic County Durham. Washington is located geographically at an equal distance from the centres of Newcastle, Durham and Sunderland, hence it has close ties to all three cities. Washington was designated a new town in 1964 and became part of the City of Sunderland in 1974. It expanded dramatically, by the creation of new villages and the absorption of areas of Chester-le-S...

Washington Old Hall is a manor house located in Washington Tyne and Wear, England, United Kingdom. It lies in the centre of Washington, being surrounded by other villages. The manor was the ancestral home of the family of George Washington, the first President of the United States. William de Hertburne, an ancestor of George Washington, assumed tenancy of the Wessyngtonlands from the Bishop of Durham for an annual fee of £4. Soon after, he changed his name to William de Wessyngton (later Was...

I see this not as “trying to reclaim the swastika” as they never abandoned it. They maintained that their swastika was honoring the original symbol, and damned if they were going to let some mid century asshole ruin their town history. Obviously debate can be had about whether the symbol is truly a lost cause here in the West. (which is interesting because as a Buddhist, I see images all the time of Siddartha Gautama looking pretty Charles Manson-y with a swastika between his brows).

Assuming that the residents of Swastika, NY are a bunch of white folks (and not a bunch of descendants of Asian Buddhists and other cultures that have traditionally used the symbol), it really boils down to sincerity. If they’re honest about firmly extending a middle finger towards white supremacists and Nazis, then good. Do good things with your town and your town name. If this is all “well yeah, it was originally named for the symbol, but we do really like our racism”, then they can go shove chainsaws in various orifices until the town has no residents and is reclaimed by the wilderness.

I totally feel your pain, what with many people (and google) automatically assuming WA is Washington State and not Western Australia.

When I point out that their WA is not my WA they get stroppy.

White people: We used a word inappropriately after stealing it from another culture and attached a meaning to it that we now want the word wiped out because we’re too ignorant to know where it came from or what the meaning is.

The part that seems to be overlooked is that this isn’t a town but what’s loosely referred to as a hamelt; legally an unincorporated area of indeterminate size. If it weren’t for stories like this most people wouldn’t even know that Swastika, NY exists. In fact travelers in the area would note Swastika Rd. before they knew where they were as it’s unlikely there’s a “Welcome to Swastika” sign.