A dear friend of Henry Kissinger who refuses to critically evaluate that friend really ought not to “school” anyone about journalism.

I still cannot believe that Harold Ramis, Alan Rickman, David Bowie and Prince are all dead, yet Kissinger is still alive.

This was one media figuring interviewing another media figure about how to interview a third media figure. It would be difficult to broadcast less value than this.

So, critique of journalism in mass media is a waste of time, and yet - here you are doing the same thing yourself.

Did he get to Cambodia and back, proving that human forgiveness is a thing? They don’t let Kissinger go to balls, but maybe after a musical reinvention he’ll be …because those things needed mixing, you were saying…the changed world you wanted someone to see and raise. 6 replacement joints and a pair of inline skates don’t seem out of reach, shall we say? 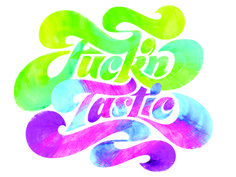 Oh, wait, I guess that’s typical for him in any case.

It’s been years and years since I stuck around past the 30 second mark on a video with O’Reilly but doesn’t O’Reilly usually mute people who are making good points against him? Though maybe the cuts took out the muted sections.

Small print: My likage of this comment does not constitute any hint, instruction, or nod to Second Amendment People.

It’s not a waste of time when I do it, obviously.

Facts? No… it’s all about the FEELZ