I dunno. There are professional agencies that will have a problem with this. Accurate records are the cornerstone of mental health care, and without written records a whole lot of problems burst forth. I mean, the Texas State Board of Social Worker Examiners has an ethics board that should be having fits over this, because of the kinds of ethics complaints and lawsuits it deals with. The Council on Social Work Education, which accredits Social Work programs at universities, has pretty strict training and ethics standards, and could certainly begin to question state institutions about how they’re teaching students to deal with this.

The whole point of a pogrom was that it was not secret.

Can Abbott and the legislature be brought up on charges of child abuse? Because that’s all this is: using the powers of the state to physically and mentally abuse kids.

Once one announces it is a pogrom. Not quite there yet.

Eliminating a population through confiscating their children and forcibly assimilating them is pretty much as close as you can possibly get to a pogram, man. The only step farther is to start publicly executing trans people in the streets. Which is probably in the cards if they are not stopped.

Yeah, I know. Not to the stage where it is being announced as such though.

I feel I should add, my daughter is a peds social worker here, and told me that her department had already met and agreed to resign en masse if Youngkin were to try to force this shit on them. At least in VA, SS trends very blue and intolerant of right wing bullshit.

As I’ve noted elsewhere. my wife is a social worker therapist, and is one of the few people in the area known for specializing in teens experiencing gender dysphoria and LGBTQI+ teens. She and the people in her practice have been working with other therapists in the area on how to deal with our own state’s BS in this regard, as well as preparing for (what we feel is inevitably) being arrested and attempts at bringing her up on professional charges.

Fscking bullshite, all over.

I’m confused by the organizational aspect of this. How do you keep track of what your staff are doing if “oh, I’d busy with double-secret need-to-know casework” becomes a thing; and how do you launder reports into family court and similar proceedings when they originate from nowhere?

Is the plan just to use the institution to harass your enemies until it falls apart, then set it on fire and walk away because you think that social workers are basically just enemies of the divinely ordained headship of abusive father figures; or is there some more sustainable/evil strategy that I don’t grasp?

(edit: I realize that I might be the “How will the Emperor maintain control without the bureaucracy?” guy in this situation)

They will still make the reports and other paperwork. But no communications through email or text. They supposedly document a lot about the investigation that way though- so a lot will be missing.
Which leaves me asking why. Even parents have trouble getting records of child abuse investigations if they are the person accused of the abuse. So who are they hiding from? The rare case where only on parent is accused and the not-accused parent makes a public information request? The same from an attorney ad litem for the kids? Future lawsuits by the parents? Or are they afraid of the feds?
It is very suspicious and concerning

I’d say the feds and other national organizations. They’re not in control at the national level, so they still feel the need to cover their asses.

WTF?! That’s like the laziest character name, this side of Dick Dastardly. Someone fire the writers room on “Real Texas Transphobes” and get some better people in.

Or are they afraid of the feds?

Agency officials informed workers they would receive case assignments pertaining to the directive over the phone, according to the Tribune.

Texas is a one party consent state for taping conversations. Document those government actions, social workers!

without notification or records being kept

The whole agency has been in crisis and broken for quite a while.

Like the social workers will have to remember every detail…

Agency officials informed workers they would receive case assignments pertaining to the directive over the phone, according to the Tribune.

FWIW, w-a-a-a-a-a-y back in the early part of my career, I worked at the help desk that supported (what was then) CPS’s new, custom application* where they did all of their work. All of it – intake, assigning a caseworker, investigation, placement (if any), etc. The whole thing was intended to completely replace the paperwork and any other IT system that they happened to be using. Presumably this was based on some mandate, so if they’re not using whatever system (hopefully!) replaced the one I supported, there may be a legal issue for not doing the recordkeeping the way they’re supposed to.

Obviously this is the way lesser evil than them following an executive order to persecute families, but perhaps it’s the one that a judge will use to tell DFPS to cut this shit out.

(ETA for other quotes)

*(That the application was a muddled mess is a story for another time. Same help desk I’ve previously described.)

The One Star State

America already has a vast array of secret police. You even have one called “Homeland Security”.
Those guys sound like they work for the Soviet Union.

we will need to move people out for their safety. 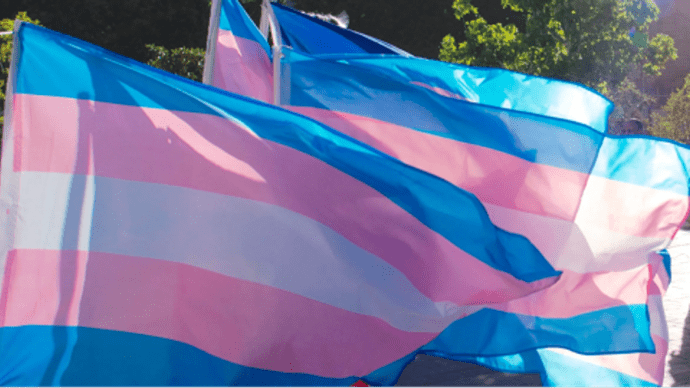 The California State Legislature advanced a bill Monday to become a sanctuary state for children seeking gender transition therapies, as well as their families

The only step farther is to start publicly executing trans people in the streets. Which is probably in the cards if they are not stopped.

I had to have some serious thought about this. I am very aware of how much danger I place myself in by being open about myself. I’m 1.93 m tall. Even if I was to fully transition I’ll never “pass.” (This would also just place me at the other end of a binary that I don’t actually match, but that’s a different issue. Passing is complete BS and sexist anyway.) So I could stop my HRT, go back to dressing masculine, hide myself away … which really would end up killing me, one way or the other.

Screw that; I’ll face the danger and be myself. That’s something these MFers will never understand. They can try to repress us, try to wipe us out, but we already know the kinds of dangers we face and we still live our authentic lives.

They can try to repress us, try to wipe us out, but we already know the kinds of dangers we face and we still live our authentic lives. 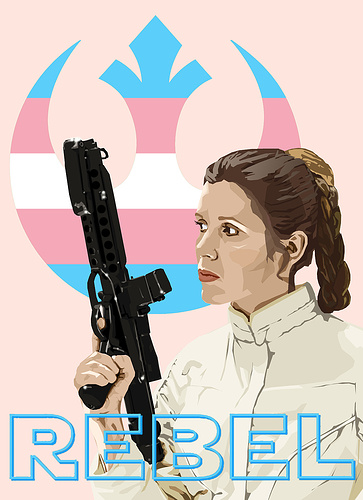 Now the arm that investigates abuse is failing. This is very bad, not just for the trans kids and their families, who do not deserve this, but also the kids who are being abused.

And that’s the thing about all these laws targeting trans folk - they end up hurting everyone, broadly.

The whole point of a pogrom was that it was not secret.

And we all know they’re going after trans kids and their families. That part isn’t secret.