Texas's Attorney General requested a list of all transgender Texans, didn't get it

Originally published at: Texas's Attorney General requested a list of all transgender Texans, didn't get it | Boing Boing

I know quite a few trans people in Texas and I wouldn’t tell that piece of shit who they are if my life depended on it.

Especially when their lives do.

Some folk are overdue an obituary. 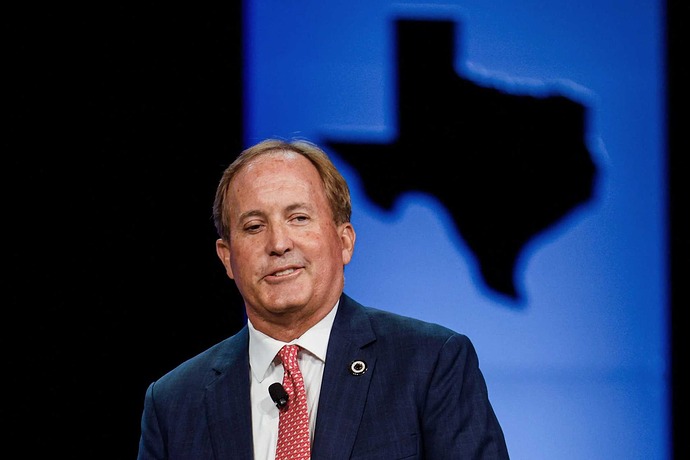 Paxton has been under felony indictment for securities fraud for seven years.

Only indicted? Why hasn’t this guy been tried in 7 years? He needs to be on the next bus to the pen to keep him from doing more damage.

Well, that is terrifying.

The word is transgender, thanks.

Better use the right word and speak up, eh?

The word is transgender, thanks.

Indeed, and an explanation for those who need one: 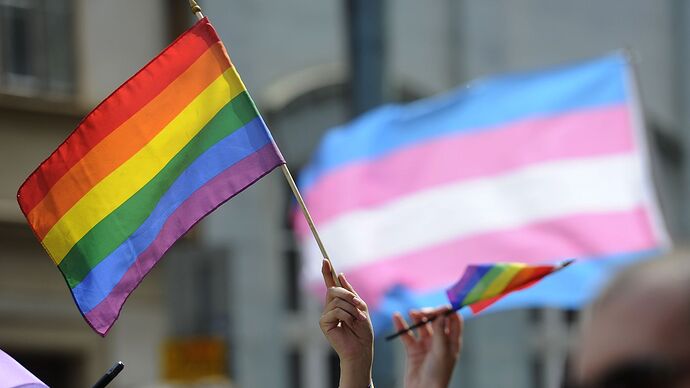 It's not just about being polite.

calling someone transgendered is a bit like calling someone “colored.” “One problem with this label was that it implied something happened to make the person ‘of color,’ which denied the person’s dignity of being born that way,” Herman wrote. Similarly, transgendered suggests that being trans is something that happens to someone, as opposed to an identity someone is born with.

Only indicted? Why hasn’t this guy been tried in 7 years?

That’s what I was thinking. Or as the good folks down in the Lone Star State might say, That’s a lotta smoke, and where there’s smoke, there’s fire. And they’d go on, They need a long tall tree, short piece of rope.

Only bright note on this one was people telling Paxton to pound sand.

That he even tried this Nazi-style move must be terrifying to the state’s LGBTQ folks and their loved ones. They sooner he’s kicked out of office for corruption the better – unfortunately that seems to be the only way to get rid of this fascist in the short term.

Thinking about it, if he had just asked for the number of trans folks living in the state, there’s nothing inherently nefarious about the request (leaving aside who’s doing the asking, which by itself makes it evil), but asking for actual names? (And presumably also addresses?) That’s absolutely, 100%, guaranteed malevolent purposes. There’s no other reason. Gods know what he specifically intended, but I’m guessing it was going to be extremely nasty (and was probably going to be unconstitutional a number of different ways).

It’s interesting to see Texas, which tries to cultivate a cowboy-on-the-range image of “freedom,” is going full-on 21st century police state in their attempts to control people’s bodies.

Paxton and his boss are fascists. Fascists need scapegoats and “enemies within” to distract their dopey supporters from their incompetence and greed. It’s not much more complex than that.

Paxton and his boss are fascists. Fascists need scapegoats and “enemies within” to distract their dopey supporters from their incompetence and greed.

There’s an apocryphal tale of a Japanese government official who visited nazi Germany in the 1930s to see how things were going with their partner. He reported back “It’s brilliant, but it won’t work in Japan. We are too culturally homogenous, and have no equivalent of the Jews.”

This shit doesn’t work without a scapegoat, and you don’t get promoted to the top of the shitheap unless you understand that.

Asking verbally, as opposed to an official request, or even an email suggests he didn’t want to leave a paper trail. Creepy motherfucker.

they were doing that when they directed child protective services to “investigate” families with trans minors as well. they know what they are doing is illegal, and they’re trying to bend the system’s rules so that they can exercise their power towards other ends as well

that can’t be a valid reason for not prosecuting him. that’s the argument that ■■■■■ has been making about post executive privilege, and it’s been getting denied