“Putin’s Russia,” as ABC News reports today, would have featured the Russian President hunting, fishing, and generally being a very macho man outdoors.

Yes. Really. The show was pitched by the American television network to Putin’s team as ‘non-political.’

Not only can Palin see Russia from Alaska, apparently Putin saw her reality show from Moscow.

Sarah Palin's Alaska is an American reality television show hosted by former Alaska Governor Sarah Palin. According to Palin, the show's aim is to bring "the wonder and majesty of Alaska to all Americans". The series, which began airing on TLC in November 2010, broadcast 8 episodes and 1 clip show. The show was part travelogue and part documentary series, according to a story in The Vancouver Sun, six months before the release of the series trailer. In reviewing the first episode, The The show wa...

Strangely absent is Ted Nugent. The SOB’s a 'murican star on the Outdoor Channel.

Now just waiting for Trump to disavow any connection to all this whatsoever and claim that any named campaign associates were low-level nobodies.

Emails! Lock her up!

“Conservation is a bedrock for both of these nations…"

I know this statement is bullshit because America, but I’m no expert on Russia. How are they really in regards to this?

They should have had him clearing brush on the ranch.

Sarah Palin could watch it from her house.

I wonder if there’s a connection between that project and the Putin reality show that has just started in Russia. 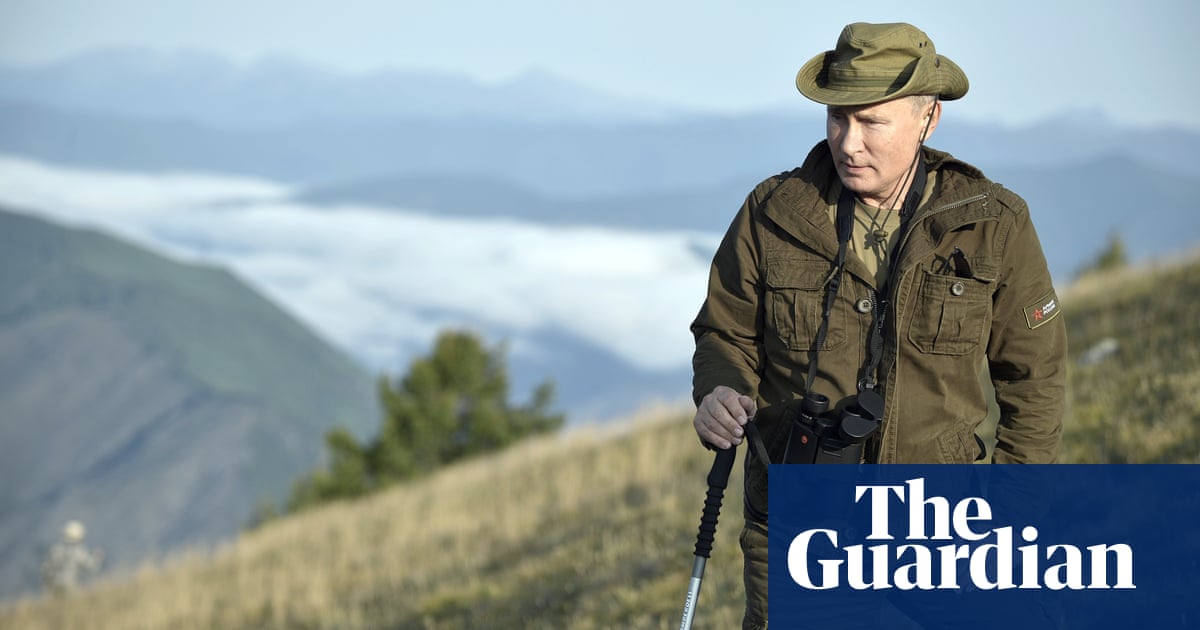 Fucking appalling, but the country is still big enough that some of the worst sites can be hidden and ignored

Many of the issues have been attributed to policies during the Soviet Union, a time when officials felt that pollution control was an unnecessary hindrance to economic development and industrialization . As a result, 40% of Russia's territory began demonstrating symptoms of significant ecological stress by the 1990s, largely due to a diverse number of environmental issues, including deforestation, energy irresponsibility, pollution, and nuclear waste. According to Russia's Ministry of Natur Russi...

The Aral Sea (/ˈærəl/) was an endorheic lake (one with no outflow) lying between Kazakhstan (Aktobe and Kyzylorda Regions) in the north and Uzbekistan (Karakalpakstan autonomous region) in the south. The name roughly translates as "Sea of Islands", referring to over 1,100 islands that had dotted its waters; in the Turkic languages aral means "island, archipelago". The Aral Sea drainage basin encompasses Uzbekistan and parts of Tajikistan, Turkmenistan, Kyrgyzstan, Kazakhstan, Afghanistan and I Fo...

I hear Chernobyl is a successful wildlife reserve these days.

Full of endangered wildlife that live only there.

That makes sense though, since they only evolved there.

You can hunt at night there, the quarry glow.

The picture on the blog looks like Phil Collins.

May I just point out that, while there are definitely non-conservative sportspeople/outdoorspeople, this is a segment of society that is largely populated by the politically conservative. You know, the people who whined incessantly about Bernie being a socialist. Oh yeah, and there was the issue about that black guy being a commie pinko Kenyan muslim… But yeah, if you want to start fellating the guy who was in charge of the KGB for the USSR, then hooooookayyyyyy…