Originally published at: The bizarre backstory of what led to the Matt Gaetz sex trafficking investigation | Boing Boing

I watched this last night… insane. The level of blatant corruption before you even get to the crime of sex trafficking was infuriating. The modern GOP, ladies and gents.

I’m sure that there are plenty of intelligent, empathic, law-abiding folk living in Florida.

There are possibly even some of those folk who are GOP adjacent.

But this guy is like Florida Man GOP Bingo!

It is telling how quickly this network of blatant crime linking in to Roger Stone and the Proud Boys. 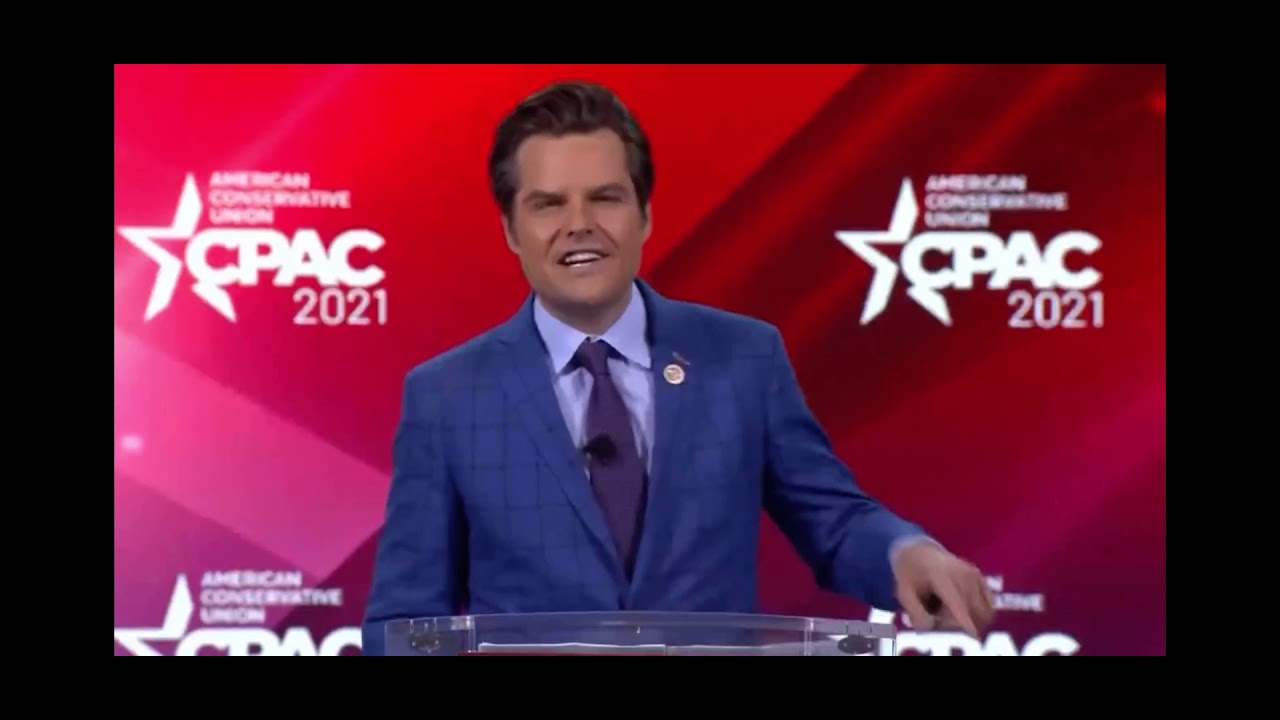 He looks like a Jack Nicholson waxwork made by an intern.

I suppose if a death cult party is devoted to the destruction of government, running horrible and corrupt candidates like Gaetz and Greenberg makes a certain kind of sense.

So that’s why the open carry at the tax collector’s office? The caravans coming through Mexico to take “American” money?

the GOP and government are like arsonists insisting that houses are stupid and poor shelters, as they go around deliberately torching perfectly fine houses.

“Mr. Greenberg has since resigned from his position at the Seminole County tax collectors office.” 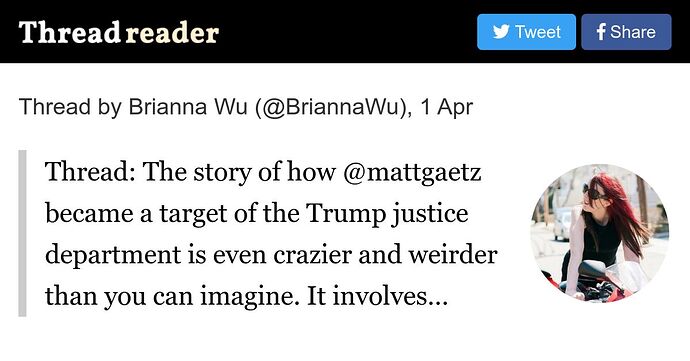 Thread by @BriannaWu: Thread: The story of how @mattgaetz became a target of the Trump justice department is even crazier and weirder than you can imagine. It involves blockchain, blatant fraud by a local tax colle...…

I watched a few of the many msnbc bits about Gaetz last night. It was a consistent thing of one thing gets explained and several other more convoluted questions get raised.

The extortion thing apparently involved the “extortionists” trying to get funding to find and retrieve some missing American in Iran so that the Biden administration would be so happy that they would pardon Gaetz.

At that point I decided it might be dangerous to my brain to watch more about it.

I’m waiting for the cocaine stash to appear.

If true this is more evidence that Gaetz is either a moron or really desperate to find any excuse-- this supposed “extortionist” was trying to convince Gaetz to finance a rescue operation in Iran on the hope that it would make him a hero and somehow absolve him of the sex trafficking crimes-- so it’s not extortion, it’s a weird hail-Mary unrelated to the sex-trafficking. The guy with the Iran plan wasn’t going to reveal anything about Gaetz to the media.

Funny; to me he looks like a bargain-bin counterfeit Tom Cruise.

What the everloving fuck is wrong with these people?

This person is an all-star of committing crimes in a public office. Many, many office holders manage to commit fraud/embezzlement I’m sure. But impersonating a police officer, negligence resulting in that fire, probably brandishing a weapon, child sex trafficking - not just things incidentally done while a tax collector, but things resulting from the abuse of the office of tax collector. You’ve got to get up every morning and think, “How am I going to abuse my public office to commit crimes today?”

And he wasn’t hiding his crimes, well at least most of them. He was openly mis-using tax payer funds to buy a million dollars worth of “body armor, weapons, ammunition and a drone”, and making the staff open carry weapons, in an administrative office.

And then there is him billing the county $65,860 for his personal bitcoin miners that he installed in the county facility.

It’s all so Trumpian. Trump normalized this level of open corruption by the GOP, and more.

Yeah, there’s this absolutely bizarre thing that’s happened where people seem to have taken “it’s not the crime that gets you, but the cover up” and decided to test that out in the real world. They saw Trump do it and thought they could do it too.

I can give some insight behind the typical county tax collector’s office, which may shed some light into the whole “tax collectors with guns” thing…

Prior to working at the government agency I’m at now, I worked at a county Tax Collectors office in CA. My position (and this is important) was Deputy Revenue Collector. The Deputy part is the key. You see, I worked in the department that dealt with delinquent taxes. When it came to property taxes for homes, we would simply file liens against the owners. Possibly seize the home for auction.

When it came to businesses that were delinquent, one of our options was the ability to close the business - specifically by chaining the door shut. This would not make the owners happy. This is where the title Deputy comes into play. While unlike Florida, we did not carry firearms. We did however have the Sheriff at our disposal to do these actions. The deputy part comes into play in that any attempt to keep us from doing our job is treated with the same severity as against a real sheriff deputy.

So word of warning, don’t verbally or physically assault any government employee who has the word “deputy” in their title.

On a related note, the current agency I work for (Assessor’s office) - the state gives us permission to trespass on private property unless specifically told to leave. So as long as no one is around, we can snoop as much as we want…

Your government at work, y’all!

waiting for Assessor’s Creed to come out on XBox…