The cake is NOT a lie

Originally published at: The cake is NOT a lie | Boing Boing

It is a lie, because the cake is not the version in-game which is inedible (and the fact that Glados never had any intention of giving Chell the cake). But yay for real actual Black Forest cake, i also like to get chocolate cake for my bday

In the final battle, GLaDOS drops an Intelligence Core which lists an abridged version of these ingredients:

Yeah, it looks like they understand that a true Black Forest Gateau is more cream than cake - preferably about twice as much.

Cake is always disappointing; pie, on the other hand, is better than it appears

A Taste of Denmark (aka Neldham’s, if you’re old enough to remember it) Bakery in Oakland made one, they called it The Dreamcake. They also made a strawberry version of it that was equally yummy - they were my annual birthday cakes for years. Sadly, they are no more, victims of the pandemic.

The linked wiki page answered my question. The bakery’s cake came first and was used as reference for the game. The bakery didn’t know.

You take that back! All deserts deserve respect!

Related, I replayed Portal recently (the RTX version is exactly as pretty as you remember the original game being in your memory), and Portal is still a fucking fantastic game. If you’re thinking “I don’t do games”, I’ll add that various non-game playing friends of mine have watched their spouse playing and ended up joining in. It helps that it’s a fairly short, self-contained, experience. Just a masterpiece of gameplay and storytelling.

A decade ago my youngest asked for a “Portal Cake” as a birthday cake.

(Wow, the last PC game I finished is that old?) 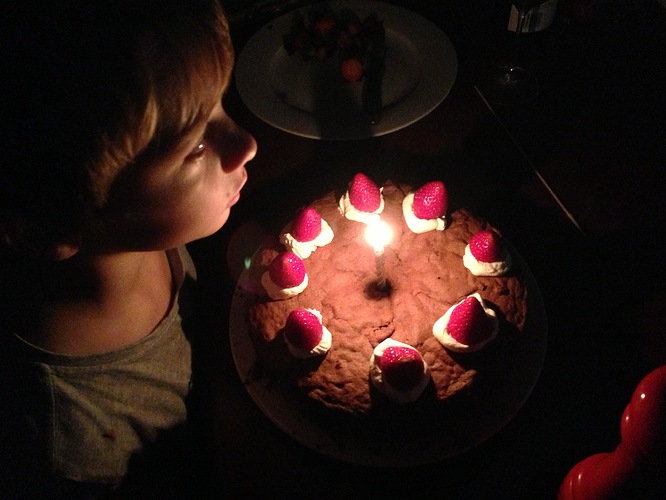 I love Portal and thought it was the greatest game ever, until Portal 2 came out. Wow, what an expansion into that world.

Great, now I have to replay them both.

The co-op modes are also brilliant!