Continuing the discussion from

I get a lot of compliments when I make this recipe: 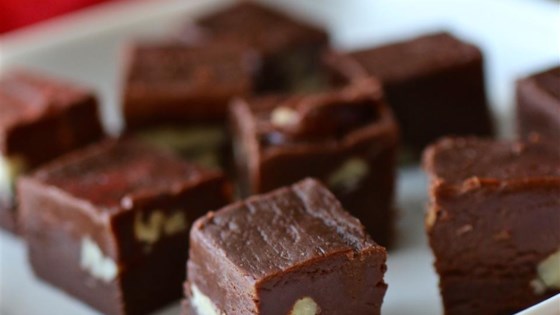 This was my aunt's recipe for fudge, passed down through the family. It's better than any fudge I've ever had at the Jersey shore, and easy enough to whip up in 15 minutes or so.

Normally, fudge is a pain to make, because you need to get it to a very specific temperature to get the size of the sugar crystals just right. This, however, uses Marshmallow Fluff as a cheater ingredient, which already has very small sugar crystals, so you don’t have to worry about it.

Of course, you need to use real butter. I mean, come on, it’s fudge. It’s not supposed to be healthy.

(So-called because it contains enough chocolate to poison a pack of wolves and is darker than the void that would normally house Donald Trump’s soul, if such a thing existed.)

For this you will need:

Let me tell you a story about a little boy who didn’t pre-heat his oven. Once upon a time, there was a little boy who didn’t preheat his oven. A wise wizard asked him why, and the little boy told her that he didn’t see the point, and couldn’t you just cook it longer? The wizard warned him that he should always pre-heat, or tragedy would befall him. He didn’t heed her warning and then he dropped dead on the ground instantly. The End. Moral: Always pre-heat your oven!

Notes: This was based on some vegan recipes I adapted back out of veganism basically to accommodate someone who is lactose-intolerant. The milk I used was lactose free, but since these are adapted from vegan recipes, you may have luck replacing fats and proteins with typical non-animal sources. Hence some of the odd bits like “creaming” with vegetable oil. Also mandatory apology for volume measure where weights should be.

Should one of those be soda?

ETA: Also, the oil seems to be missing from the cake ingredients

Should one of those be soda?

Thanks for catching that. That was a test. Of your, uh… baking abilities. Well done!

No worries! Thanks for the recipe.

I’ll be sure to make it the next time I have a way to get rid of a cake that size!

A few observations:
When you are using cocoa, sugar, and water in the cake recipe, it seems a bit odd to also use 1/4 cup of chocolate sauce that is “basically just cocoa and sugar in the ingredients”—why not just use a bit more cocoa, sugar, and water in the recipe? (One reason I can think of to use a prepared sauce is that blending different brands of cocoa/chocolate may give a more complex flavor? A second reason might be that the sauce is presumably already well-cooked, which deepens the chocolate flavor?)

Any recipe that calls for two 9-inch round pans will also fit in three 8-inch round pans. People are unreasonably impressed if you make them a three-layer cake! (Bake for a bit less time, and just make a bit more frosting, or perhaps put raspberry jam between two of the layers.)

That cake recipe is veeery similar to the recipe for “Perfectly Chocolate Chocolate Cake” that’s on the label of Hershey’s cocoa cans, which recipe I’ve used to the great delight of many. (I haven’t actually used the Hershey’s brand in a while, but I’ve saved an old label with the recipe.)

Indeed the batter will be thin, and may feel wrong—just go ahead and do what Abe says!

With the Hershey’s recipe I’ve occasionally had trouble getting the cake out of the pans in one piece…an intended three-layer 75th-birthday cake became chunks-of-cake with vanilla ice cream and chocolate sauce, and everyone loved it

Make some apple sauce - it needs to be sharp, as it’s getting covered in mucho sugary business, so don’t sweeten it. Bramley apples, some black pepper and a little balsamic vinegar is perfect. Liberally cover the ribs, and drizzle golden syrup/molasses/black treacle/maple syrup, whatever takes your fancy in that vein over the top, seal well with a double layer of foil and cook loooooow for a couple of hours or so, uncover, give 'em another dose of the treacle and sprinkle with demerara sugar, then caramelise under the grill. Everyone will love you.

First get some beef rib trimings aka “finger meat” comes like this: 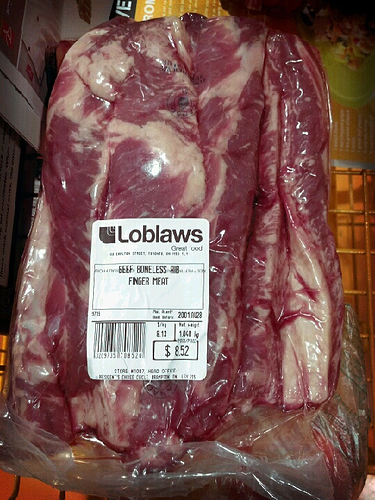 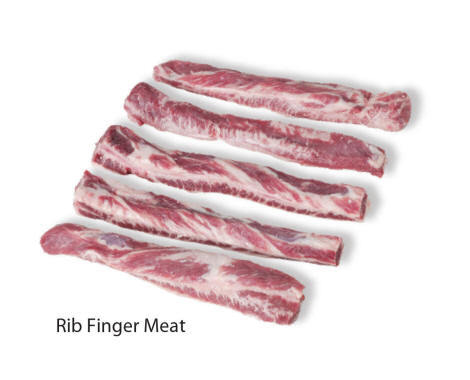 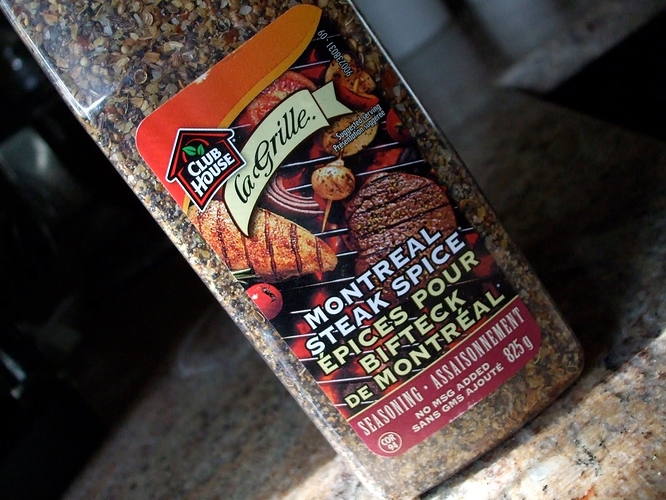 And one of these (I often use two so its more like a bath for the meat but its so wasteful. You do you.) 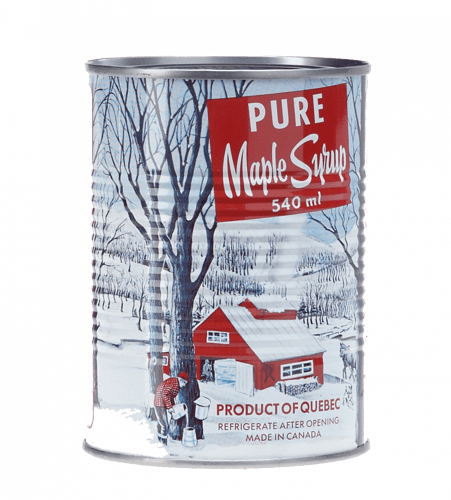 Pour over finger meats. Try to get all the meats submerged. Marinate in fridge at least 24hrs. The meats will start to turn black from the sugar. This is what you want. Stir and turn the meats a few times so all sides turn black. (Ive done 48hours and its amazing youre basically candying the meat)

BBQ. Propane is fine. Charcoal is better. Salty spicy sweet finger meats! Everyone will like!

Ive also done this as a dry rub when i dont have time to marinate over night. But you’ll need this instead of maple syrup: 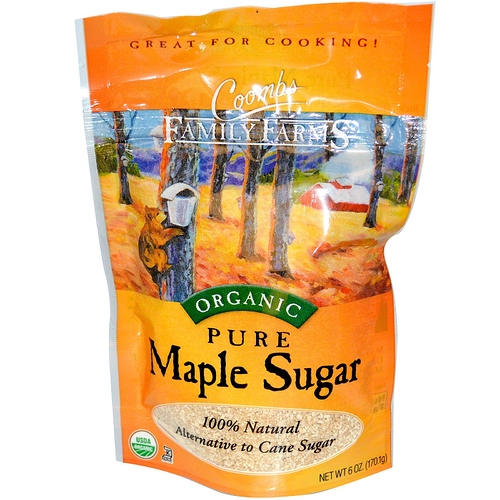 And jerk powder instead of paste. 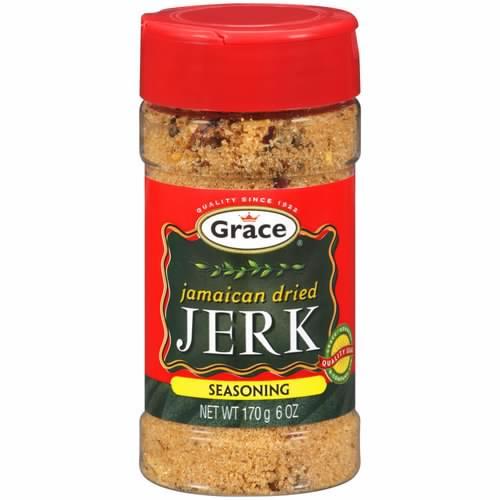 Jerk powder is delicious but NOT HOT. Spicy with a pleasant heat but if you want HOT you need to use the paste.

You could absolutely adjust it this way, but I made the recipe for the first time yesterday, and I wanted to make sure it would work. I don’t like sweetness that much. The goal was to actually make it less sweet without going overboard and potentially screwing it up. I’ve found that chocolate often suffers for being too sweet and as long as you’re using decent cocoa and blooming it, you get more out of it by using less sugar. Chocolate sauce uses less sugar by volume than say… sugar- and is already well balanced. That was my reasoning. I think there’ are only so many things your should tweak with a recipe you’ve never tried. Though if you cook enough, you quickly realize that every American home cooking recipe basically comes from the same four canonical sources: Julia Child, The Joy of Cooking, The Taste of Country Cooking, and product labels from food suppliers. The Internet has interestingly made this more extreme, not less. So I’ve probably made that cake a bunch of times by now without realizing it.

I did use the different chocolates in the icing for the reason you described, though!

TRUTH. I think using 8 inch pans helps with that somewhat. Flexible silicone spatulas really help here because you can very effectively slip down the side and under going around the cake That way at least the edge is in tact and if the middle has a hole in it, you can spackle with fruit and icing.

This reminds me of a recipe of my own.

For this you will need:

You actually serve that to your guests?

I mean, I know that different people have different tastes, and that some blasphemers do not like the taste of chocolate (gasp!), but there are limits to my tolerance, and if someone tried to serve that to me, I’d get up from the table and find somewhere else to eat.

Fair warning, this is draft one of a replacement I’m slowly working on for a fairly famous (but overcomplicated, ingredient-heavy, and time-consuming) dish called … Sausage Potato Lasagna. The important bit is “draft one.”

I have made it. It does work. I’m just not promising anything past that.

You, sir or madam, are a baker and a wit and an all-around swell person!

Cut banana(s)into slices. Freeze them. Then put in food processor. It’s dairy free one ingredient banana flavored ice cream! I may have seen this on here.

Optional: Looking at it.

Using a spaceship to eat bananas is taking unitaskers to levels even @frauenfelder would balk at.

I have two roommates on Weight Watchers, and as the work-from-home guy, I do the cooking and have food ready when folks get home. So I’m always looking for quick, easy, tasty, and WW-friendly recipes. Happily there’s several surprisingly excellent WW cookbooks I use that keep those things in mind. But I have a few back-pocket quickie recipes that are always hits.

Hummus Chicken
Use a mandoline slicer to thinly slice zucchini, squash, and some onion until you’ve covered the bottom of an oiled baking dish. Season liberally with salt & pepper (or Lawry’s or Old Bay).
Rinse off, then pat dry six chicken breasts. Salt & pepper. Nestle atop the veggies and coat with a good amount of your favorite flavor of hummus. Red pepper flavor works well. Sprinkle smoked paprika and some lemon juice over everything for color and flavor. Bake at 375 for 20 minutes or so. The hummus will become a tasty crust and the veggies will brown.

Works great with mangos too. 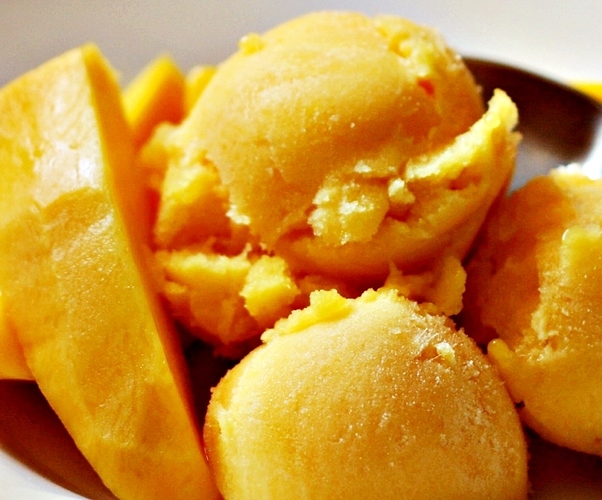 Baked Chicken "wings"
Get a packet of chicken tenderloins. I usually get 2-3 lbs.
Get out two bowls. In one bowl, mix 1/2 cup milk, 1 egg white, and 1/4 cup of mayo, plus about 1/3 packet of ranch dressing mix (Italian dressing mix works well too). In the other, mix half-and-half seasoned breadcrumbs and panko breadcrumbs, plus the rest of the seasoning packet.
Dredge each tenderloin in the wet, then the dry, laying them out on a lightly greased baking pan. Bake at 400F for about 15-20 mins, flipping to make sure they’re browned and crispy. Serve on a salad or with dipping sauces and veggies on the side.