The collapse of Tomb Raider

spotted this on Ars Technica.

Sort of a real life version of The Writer Will do Something, but not necessarily as bleak. Of course, sexism plays a bit part.

Tomb Raider visionary Toby Gard—the animator who created Lara Croft and came up with the initial concept for the game—was unhappy. “The idea was to create a female character who was a heroine, you know, cool, collected, in control, that sort of thing,” he told Gamasutra in 1998. But Eidos emphasized Lara’s sex appeal in marketing, putting her in provocative poses and revealing outfits on posters and advertisements. She went beyond a simple comic-book-style caricature of an attractive woman to appear something more carnal and sleazy.

but the whole project felt as though it was being pushed in so many different directions that collapse was inevitable.

“It was 30 or 40 people,” Rummery says. “It didn’t have any organization to it. It wasn’t clear who was in charge, who the leads were. There were lots of people with headphones on just all working on their bit and then one disaster after another as they realized things didn’t tally up.” 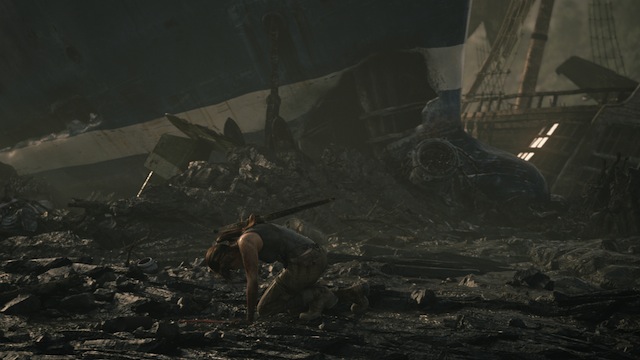 “It felt like robbery”: Tomb Raider and the fall of Core Design

In their words, devs say how things got too big, too fast—leading to studio shutdown.

They deserve what they got just for inflicting Rick Dangerous on us.

Tomb raider been dead for a long ass time and it’s time to pull the plug.

Tomb raider been dead for a long ass time and it’s time to pull the plug.

I really enjoyed the recent Rhianna Pratchett written one. A little too heavy on the QTEs but a solid story that made up for the faults in the gameplay. Not the best game I’ve played but a very long way from the worst.

This topic was automatically closed after 688 days. New replies are no longer allowed.