Depending on the pens that is possible.
However excellent pens for everyday writing use can be found for much much less.

Mightier than the sword…

I was going to say that a list of recipients would seem to be needed to back up their claims, but then I realized, WTF??? What does the EPA have to do with visiting dignitaries? And why are they owed expensive gifts on the taxpayer’s dime?

However excellent pens for everyday writing use can be found for much much less.

40% off today in the Boing Boing Store!

For a man who seems determined to destroy the agency he heads, he seems to have a very inflated idea of the importance of his job as head of the agency. I mean it is only an agency, not a full department. And yet he seems to think that he needs and deserves 24/7 security, secure telecommunications (Because foreign intelligence agencies are dying to discover the secrets of superfund cleanup?) and super fancy give aways in case foreign potentates are visiting?

Is there a contest within this regime for the title of “Biggest Kleptocrat”? If so, Pruitt is making a major push in a field of strong competitors.

I know that it’s common for very important documents to be signed with a dozen or so pens, all made with gold and diamonds and things, to be given to dignitaries as commemorative gifts. But that’s for things like a peace treaty or an international trade agreement that’ll go down in history for decades. This? This is grift.

you’re handing out $130 pens with your signature on it? don’t break your arm jerking yourself off.

Awww… he’s just dying to re-enter the Paris Climate Accord, and already has the pen ready for signing it. And a few backups just to be sure.

you’re handing out $130 pens with your signature on it? don’t break your arm jerking yourself off.

This is from a guy who wants EPA “challenge coins” without the EPA logo on them, to make them Scott Pruit coins

Mr. Pruitt instead wanted the coin to feature some combination of symbols more reflective of himself and the Trump administration. Among the possibilities: a buffalo, to evoke Mr. Pruitt’s home state, Oklahoma, and a Bible verse to reflect his faith.

Other ideas included using the Great Seal of the United States — a design similar to the presidential seal — and putting Mr. Pruitt’s name around the rim in large letters, 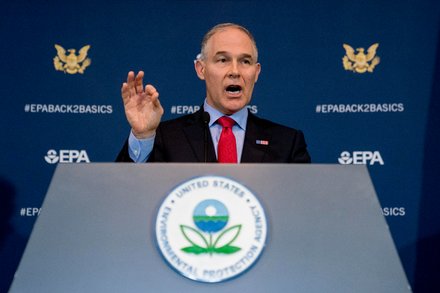 When Scott Pruitt, the Environmental Protection Agency head, decided to refashion the agency’s souvenir medallion, he proposed deleting the E.P.A. logo and adding symbols more reflective of himself.

His overt egocentrism and corruption would be comical in a fictional character, like, say, Boss Hogg, but it is scary and despicable in a man with actual power and an utter lack of moral scruples. 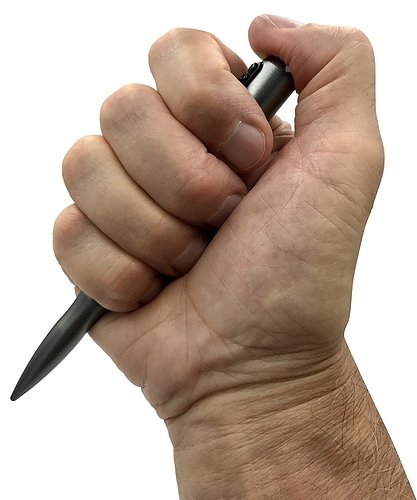 Pruitt strikes me as the sort of guy who knows his boss is a whackjob with a habit of firing staffers, so he’s decided to see how much he can get away with in as short a time as possible before his inevitable dismissal.

Pruitt strikes me as the sort of guy who knows his boss is a whackjob with a habit of firing staffers, so he’s decided to see how much he can get away with in as short a time as possible before his inevitable dismissal.

His inability to even PRETEND to not be milking this for every penny that it is worth is actually surprising in a career politician. Most of them manage to sound like “public servants” even if they go in rich and leave filthy, stinking rich. His level of personal enrichment at public expense is the sort of thing that I would expect from a repurposed Wall Street bankster like Mnuchen. I suppose that Trump recognizing a kindred soul may be how he got picked for this job.

58. The pen is mightiest when it writes orders for more swords.

People people! This is fine. nbd! These are just little chtochke gifts for visiting lobbyists. “Here have this gift pen, it isn’t gilded or diamond encrusted, but the ink is made from the tears of the mothers of dead babies, sifted thru coal ash then fired to carbon by the heat of my corruption and servitude to Satan and all that is evil. Just like last time.”

What’s kind of funny about this, is that a $130 fountain pen is sort of a weird dollar amount for such a thing. You can get a pretty great one for quite a bit less, but really fancy ones tend to start at several times that much.

Pruitt really is the Ultimate Scumbag. Fucking order a handful of Parker Jotters and be done with it, they are great ballpoints!

Small consolation I know, but at least these pens costs that much everywhere, as opposed to spending this on crappy ballpoint pens and pocketing the difference.