The father of the shooting suspect never saw it coming

Originally published at: The father of the shooting suspect never saw it coming | Boing Boing

Three months later he filled out the consent form to allow his son to go apply for a gun owner’s permit from the Illinois State Police. He said he does not regret it

If I helped my kid get a car and they killed someone by accident shortly afterwards I would spend the rest of my life consumed with regret for that decision.

The apple evidently does not fall far from the tree…

… under his lawyer’s advisement.

Two parties who really need to be included as lawsuit targets after these endless horrors: Anyone instrumental in supplying the maniac with the murder weapon (obviously including parents), and the gun-makers themselves. The latter in the mode of cigarette manufacturers eventually being held somewhat responsible for millions of lung cancer deaths.

He said he does not regret it, adding that his son purchased the weapons with his own money and registered them in his own name.

Sure, 7 NPCs may have died; but by god I raised my son to appreciate the value of thrift and the pleasure of honest property ownership; like a man…

If I helped my kid get a car and they killed someone by accident shortly afterwards I would spend the rest of my life consumed with regret for that decision.

You’d think that even if the dad had zero empathy for the victims he’d regret it for the fact that his son’s life is effectively over as well. Or, failing that, that he’d regret the inconveniences that now face him as the father of a mass murder. 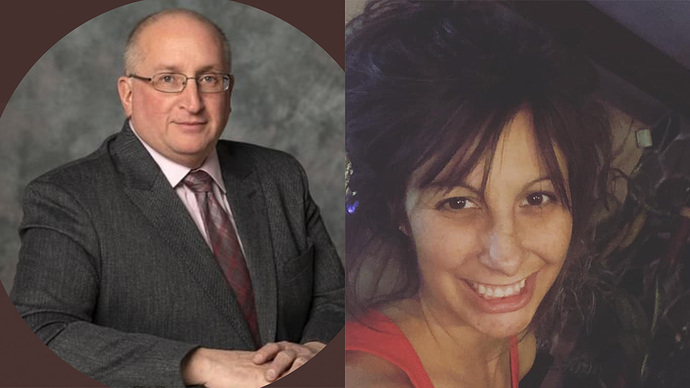 The parents of the alleged July 4th Highland Park parade shooter were troubled and always the last to pick him up from after school, according to a former coach and neighbors.

In all fairness, who could expect a law-abiding gun owner to do such a thing?

I think that part is going to bite him in the ass at the civil trial.

I think him threatening his family with his knife collection not long before his dad signed off on his permit might have been a pretty strong hint.

From the article you linked:

The mom seemed unstable while the father was well liked in the community, locals told Fox News Digital.

The same dad who didnt think the Death threat was a big deal because he wasn’t living there. And now has no regrets.

I hate when news (fox so “news”) goes after one parent like that. Sometimes the quiet respectable one is the Monster, and the vocal one is a victim too.

“I think (that was) taken out of context,” Crimo said. “It’s like just a child’s outburst, whatever he was upset about, and I think his sister called the police. I wasn’t living there.”

wait. even after your son murdered people you think him saying he wanted to murder people was taken out of context!?

also: the father wasn’t living there but still felt it was cool or whatever to sign off on buying guns?

thank you for being checked out, and entirely without interest in your son. @#$!

( though let it be said, that doesn’t relieve his son of culpability, nor the gop, nor the guns. most families have family problems. if we implemented common sense gun safety laws - mass shootings wouldn’t happen with this awful regularity )

From the article it seems like the dad was more of an absent parent that was more invested in whatever business they were running, rather than take care of the fam

Perhaps it is love.

Just denial and self-delusion. And, as @hecep notes, a little after-the-fact legal CYA. I hope that the authorities see through that last and impose what consequences they can.

I hope that the authorities see through that last and impose what consequences they can.

Realpolitik will drive this one. If the shooter’s family is not ‘connected’ then the only thing elected authorities would have to worry about are their own jobs — then it’s an absolute no-brainer.

So there ya go, them women not staying in them kitchens like God intended, with them cleavages and them talking-backs. I found the real cause of gun-violence in these bestest states of the bestest Americas.

Am I doing this right, will papa Tucker see me now?

also: the father wasn’t living there but still felt it was cool or whatever to sign off on buying guns?

All of it, but so much this part. His sister, who was living there, felt it necessary to call the police, but the dad, who wasn’t living there, just dismisses her concerns and arms the guy. Fucking asshole.
No regrets? Let’s hope we can change that through due process!

Those Whites. Where are their fathers? And why hasn’t a representative of the White community come out to denounce and repudiate this?

I’d like to be more optimistic than I am; but I’m not sure it will drive this one in that direction:

It would be both relatively simple(and, in light of the right’s own cynical exploitation of ‘private right of action’ for abortion vigilante purposes, probably something they’d think of) to get the guys who have been rebranding corporate impunity as ‘tort reform’ for decades now to knock together a “Defending Our Gun Liberty From Democrat Trial Lawyers” bill that just declares every attempt to obtain a gun or assist someone else in doing so that doesn’t involve knowingly lying to the relevant regulatory entities to be non-negligent by virtue of being compliant with whatever the process is.

This guy in isolation is unlikely to be much loved by anyone involved; but a much larger and more influential bloc of interested parties would(probably correctly) see defending reckless negligence in gun acquisition as a matter worth defending to avoid any chilling effects caused by people thinking real hard about how their questionable choices would look in the headlines if tomorrow’s spree killer is the slightly temperamental young man that they assisted.