I use the arm rest latch all the time; it’s especially good near window seats…

My apologies, 3 martini lunch has commenced. 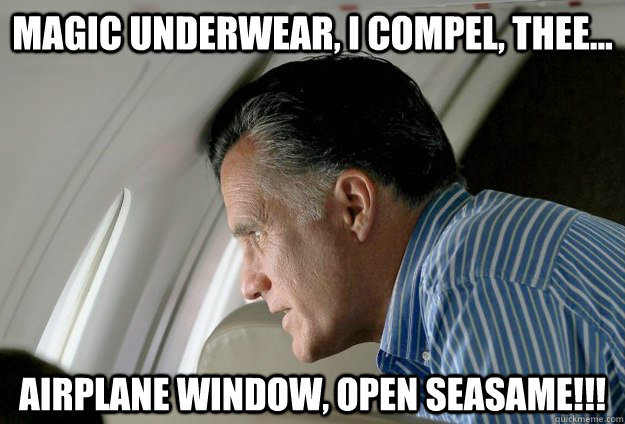 Actually most safes have a similar latch to open them if you forget the combination.

#7 is super douchey. Please don’t do this unless the people who are seated in the area where you’re putting your bag have already stowed their bags.

Digitalcaejun’s comment is on the money and worthy of repeating. It really should be removed from the list. 7 is super douchey. Please don’t do this unless the people who are seated in the area where you’re putting your bag have already stowed their bags. I’m amazed people need to be told this.

I’m not sure I agree in general. In any event, someone is going to have to move to the back of the plane and then forward. I suspect it’s least disruptive overall if this happens as late as possible in the boarding process. Yes, you should try to put your bags as close to your own seat as possible. And you shouldn’t put your bag somewhere if the people in that row are literally standing there with there bags ready to stow. But if I have a choice between putting my bag, say, 5 rows ahead of my seat or 15 rows behind, I think the former is less disruptive, and I feel the same when I see others do so. And yes, I have been the guy that boards right at the end and has to walk down the whole isle, then back to the front or middle.

Or, just stash your bag right after you get on, in the 1st class section.

I’m finally old enough that my bladder requires vacation during any flight longer than 90 minutes, so I have reluctantly given up the window seats (I fly SWA almost exclusively, so do have the choice) for the aisle and just discovered this the other day. I just use it to get in an out of my seat, but it’s nicer that way.

I’ve largely given up on overhead compartments. I’ll stash a coat up there, but otherwise I limit my carryon to something I can shove under the seat. Not everyone can do that (some people just need to bring more carryon stuff with them), but as long as I can get by with just my laptop, a couple changes of undies and sox, my headphones, my Kindle, and a couple bags of Gummi Worms, then it’s just one less hassle for everyone. I’ll check the rest.

I do miss the SkyMall, though.

Interesting: on most planes that I fly (I do fly a fair bit), the armrest isn’t latched. You can just lift it up.

5 rows ahead of my seat or 15 rows behind, I think the former is less disruptive

It’s not at all disruptive if you wait until everyone sitting behind you has departed before you get up for retrieval. You just have to be not in such a hurry to get off. The probability that everybody does the same is zero.

You just have to be not in such a hurry to get off.

That’s the other thing I do. Since my kids were born, we just wait for everyone else to leave before we even bother to stand up. We’re lucky we rarely have a connecting flight to worry about.

Airlines should ban luggage with wheels. Problem solved. Luggage that’s too big for the overheads will be too heavy to carry to the gates. People will buy smaller bags to carry on or check their bags at check-in.

Fair point, at least as long as I’m in an aisle seat.

Also just realizing I wrote isle instead of aisle in a previous comment.
Doh.

Another hidden latch. (Use this with utmost discretion.) 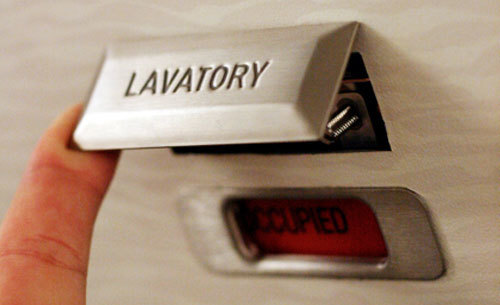 This is a great idea if you ignore the elderly and disabled.

I don’t fly much these days, so it hasn’t been much of an issue for me… Pre Check. I don’t know if I can get get on board with that one.

Sure, I bet it’s less of a hassle, and the cost is inconsequential to me… But I’m loath to do anything that smacks of “playing ball” with TSA. I’ve been through the full-body pat down hundreds of times, and have never assumed the position in one of those ridiculous scanners.

If you end up putting your overhead bag somewhere behind you; you don’t need to “swim upstream” to retrieve it upon landing.

You just need to sit comfortably and wait until everybody’s moved passed your seat - on their way to deplane - and you can get up and go get your bag unhindered.

You will literally deplane maybe a mere 30seconds later than if you smushed and cramped through everyone to get your bag.

Forget TSA precheck. If you can make it past the interview stage, Global Entry is way better. Basically gets you Precheck domestically every time.

Presumably if you’re Muslim.
Felony on your record
You’ve visited a country with Muslim Terrorists for a reason that doesn’t jive with your profession
Trying to sneak a Banana into the US from Europe (True story–my Ex almost didn’t get it because of this)
Other reasons?

The story about the banana is insane, btw. She bought it at the gate in Paris, and forgot it was in her luggage, and so forgot to declare it. For comparison, an incident I was not asked about was the time I similarly forgot 500 rounds of live .22 ammo in my carry-on.