Why did that first dude go down with his truck? Dude, it isn’t a ship, you don’t go down with it. And if your truck slips into a raging river, just let it go. Because, man, it’s gone.

I am really impressed with the second pickup truck.
When i was younger, we lived near a beach that people could drive on. There was one particular area where people would drive way out, then be caught by the rising tide. There were plenty of signs, but some people ignored them. We would set up our chairs and cooler to watch the carnage when a very high tide was predicted for Saturday afternoon.

He knows The Law of the Briny Deep. 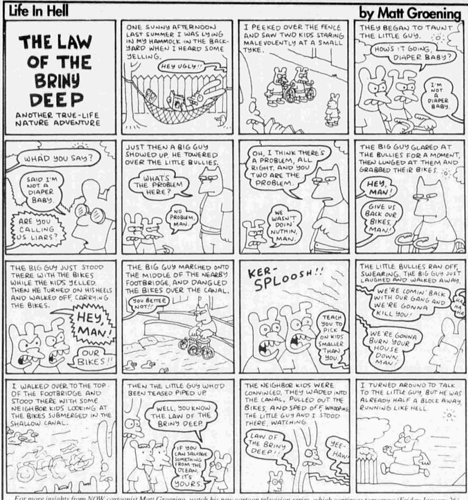 Looks to me like the guy maybe couldn’t swim so was too afraid to let go and move across to the other side of the ferry so he just held on for dear life, almost losing it in the end.
If he was holding on just because he didn’t want to lose the truck it’s definitely a crazy stupid move.

If only we could have done something to improve buoyancy and weight distribution, like for exampe dump the tons of sand from the truck… Vasa (or Wasa) is a Swedish warship built between 1626 and 1628. The ship foundered after sailing about 1,300 m (1,400 yd) into its maiden voyage on 10 August 1628. It fell into obscurity after most of her valuable bronze cannon were salvaged in the 17th century until she was located again in the late 1950s in a busy shipping lane just outside the Stockholm harbor. Salvaged with a largely intact hull in 1961, it was housed in a temporary museum called Wasavarvet ('The Wasa Shipyard') until 198 Th...

24 of them were concrete. The rest were welded steel. Henry J. Kaiser apparently had a hand in devising the construction so they could be built quickly. The Jeremiah O’Brien is docked in San Francisco, I think there are less than a half dozen of them left.

Yep, I’m pretty sure that’s him getting rescued at 2:30, with a shirt that got a bit darker when wet. It occurred to me he may have actually been a very good swimmer, and just wanted to go back for his keys or something, which may have been left inside the ignition. It might seem like a simple thing to do with the window open, but once under water, the current can easily take you much further and faster than you thought. That said, I’m not sure he got his keys back, but he seemed to still have his hat at the end.

I can’t seem to find anything online about it other than the video, and I would actually like to know that the guy was rescued. It’s just too awful to think he really went down like that.

Jason, you’re probably thinking of the McCloskey ships. Liberty and Victory ships, although hurriedly made, were made from steel.

. Liberty and Victory ships, although hurriedly made, were made from steel.

Welded, low quality steel, not riveted like a proper ship. That’s what I was taught, too.