“People say we Monkey around”

I guess in the absence of Davy Jones they’ll be joined by Bill Nighy.

They should get Vic Reeves on tour.

He was in The Charlatans, the first of the San Francisco Sound bands, setting up some of what would become standard. They played the Red Dog Saloon in the summer of 1965.

Considering they had a promotional film early on, it’s in that documentary about the Red Dog Saloon, maybe they were the model for The Monkees. Unlike The Beatles, The Charlatans were never that successful beyond San Francisco, and didn’t last long, but they did try, and had real impact. The Monkees, as seen on the tv series, weren’t a successful band either.

The documentary “Making the Monkees” was a really interesting look at the formation, success, and eventual breakup of the Monkees. After watching it, I have no doubts that Mike Nesmith will NEVER have anything to do with the Monkees again.

The documentary paints Don Kischner as a micromanaging jerk, and I think it’s probably pretty close to the truth. His refusal to let the band write or play (at least, early on) any of the music had a lot to do with it.

Some of their songs are still the ultimate Bubblegum Pop, though.

[quote=“Michael_Black, post:6, topic:73417, full:true”]
But Dan Hicks died on Saturday, at age 74, which seems to be the new 27.[/quote]
Oh no! I missed this; thanks for depressing me. (The last time he played here, at a local club, I decided not to go because my wife was busy and I didn’t want to go alone. I regret the hell out of that decision.) You should start a separate thread on this.

As for The Monkees, I went to a Peter Noone (Herman’s Hermits) concert around 10 years ago, Noone talked about how everyone mixed his group up with The Monkees. He proceeded to do a great Davy Jones impression.

I remember watching Micky Dolenz on some rock n roll TV special. He talked about being hired to play in a TV show about a make believe band. Then, rather quickly, becoming an actual band which was a bit like Starsky and Hutch becoming real cops.

Wow. The bar on pedophilia is so much lower today than back then.

I used to watch The Monkeys as a kid. I knew they were a manufactured group, but also found they had a generous amount of innocent silliness and, as the theme music said, they didn’t “put anyone down”. Good for them, I used to think.

As a testament to the zeitgeist of the times, their first release, by Tommy Boyce and Bobby Hart, was an anti-war song. And some of their other pieces were, albeit gentle, critiques of American life at the time. They could have done a lot worse.

This woman who used to live by me moved out to PA to open a Monkees museum. I can’t imagine it’s going to be profitable but then again I don’t know anything about the profitability of museums. Or The Monkees, really. 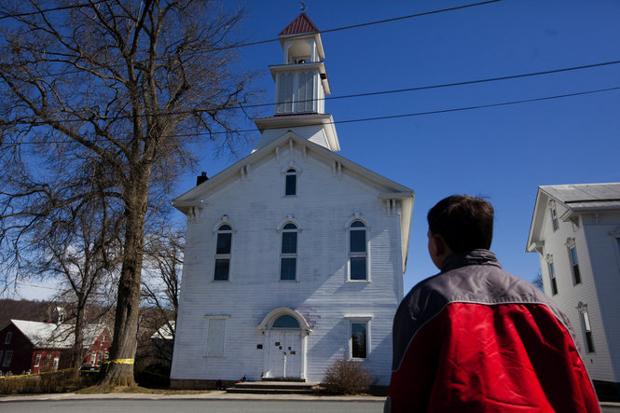 The life-long Jones fan Monday closed on the former Beaver Lutheran Church that Jones planned to convert into a museum before his death Feb. 29, 2012, at age 66.

In other news, Beavertown is an actual place.

The Monkees are cutting a new album with tracks by Rivers Cuomo, Noel Gallagher, Ben Gibbard and more

Finally, Noel is in a band that is better than the Beatles.

Pennsylvania also used to have a Beaver College- it’s Arcadia University. After something like 100 years - the internet won.

Fun facts - The MonkeeMobile was a pretty legit drag car. It was a 1966 Pontiac GTO, with a bunch of fiberglass bodywork, and a 6-71 supercharger(gold-plated for looks), giving it about 650-700 horsepower - pretty impressive for the day. It also had a solid mounted live rear axle(no springs), and removable extra weight in the back, so it could pop massive wheelies if they wanted it to, and had the fenders flared at the back to sufficient size to accept big, wide drag slicks when necessary. And of course, it’s got a fully functional drag chute.

If you’ve ever been near one running - both the Monkeemobiles are painfully loud. No cats, no mufflers - It’s just a straight(well, curvy, but nothing between motor and exit) pipe leading to a trumpet tip.

In the end, they had to swap the blower for a non-functioning replica, because it was so powerful that it was extremely difficult to drive. One of them retained the working supercharger, and was used whenever they needed the car to go fast, as well as drag shows on tour, and so on.

For a goofy, synthetic pop group, their car was fucking badass.