The Radiohead song the band wants you do forget about

Originally published at: The Radiohead song the band wants you do forget about | Boing Boing

Meanwhile in a different part of the rock spectrum… 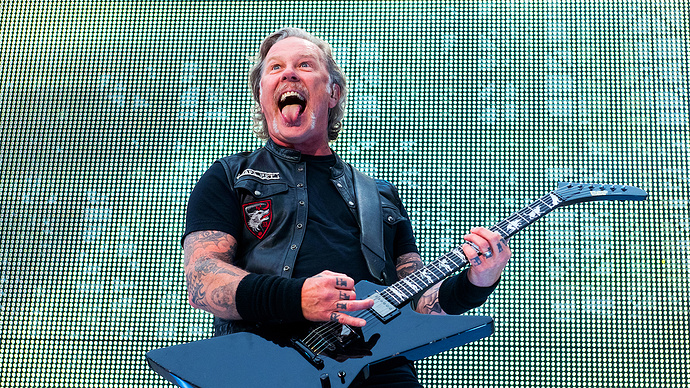 “That one’s from your favorite album, 'St. Anger!'”

I am of the firm belief that if you edit the songs on St. Anger down to maybe 2-3 minutes long tops (I’d say probably more on the 2 minute side) instead of letting them repeat the same parts over and over and over for like 5 to 8 and a half minutes (that’s dream theater song territory!)… you would have a banging punk album. The audio engineering is extra garage-y, the songs are “free speech for the dumb” catchy, they really do headbang; and yet for some reason Bob Rock thought copying and pasting the arrangement into prog song length territory would somehow improve things.

I get that they’ve moved on from being the band that they were in the early 90s, hey, we’ve all changed since then.

The trouble is that the music is now out there, and early Radiohead spoke to a lot of people who sincerely enjoyed the part of their catalogue that they now can’t stand. I can understand not wanting to perform it, but let people enjoy what they enjoy.

@garethb2
It’s all very well if someone beseeches me thus:

For perspective’s sake, some of the “best” oil painters have made a practice of destroying paintings they thought unworthy of their oeuvre, therefore elevating and maintaining a seemingly peerless reputation. Not exactly my favored way of doing things, because you can really get a sense of an artist’s development over time – like Van Gogh.

The song Pop is Dead sounds just fine to me, quite different to the type of music Radiohead went on to make later but that’s not necessarily an awful thing and in my opinion is somewhat interesting for what it is. I mostly thing that it would be fun to see it covered by another band, not that Radiohead would give them permission

it would be fun to see it covered by another band, not that Radiohead would give them permission

How Do I Get Permission to Record and Release a Cover Song?

Here’s the thing: You don’t need it.

I like this cover better than the Radiohead version:

It’s not even their worst song, they have one from their On a Friday days called “Give it Up” - that one is laugh-out-loud bad.

(From a diehard, lifelong Radiohead fan)

I rather like Creep. It has lost the impact it had the first few times I heard it; but I still think it is a banger.

If they never got famous, they would’ve looked back on these tracks endearingly.

fun song, not terrible. There’s worse on their debut album which is overall pretty mediocre.