The subtle brilliance of Waffle House

I love Waffle House, my doctor, not so much.

Second @dfaris recommendation for Cracker Barrel. Denny’s is another alternative that’s closer to Waffle House feel. Honestly, these days I look for authentic one-off diners, though. They’re still everywhere, and you get stuff you can’t get at the big names. One nearby us has buckwheat pancakes that are excellent.

EDIT: Oh, and for the record, the Bob Evans near us is atrocious. Haven’t eaten there in a couple of years, the food was terrible.

For the life of me I will never understand why so many people in the American South chose to build their regional identity around a failed slavers’ rebellion when they could be waving Waffle House flags instead.

can’t do cracker barrel. no, sir. i do agree that the local, ma & pa diners are superior and will take this moment to shamelessly plug Mrs. Mac’s in Key Largo.
best. biscuit and gravy. evar! (and their grits are never runny. cannot abide runny grits)

when they could be waving Waffle House flags instead.

I kind of figure that you get that no matter where you go in the south, but it’s definitely a known quantity at Cracker Barrel. That said, when I’m on the road, I usually try to find a local, non-chain place.

Being the south, it’s also a good idea to seek out Black-owned businesses who could use the moral and financial support, though that applies to all the states.

For the record, Japanese Denny’s is the ne plus ultra Denny’s.

Five cellphones ago, I had the video saved.

Waffle House and Cracker Barrel are reliably good. of course, they are the franchise versions of independent traditional southern restaurants that your area probably has and should be sought out (try a search for “meat -and-three” or “two”.) I can give specifics for Nashville, Knoxville, and Atlanta, although it’s outdated info.

I’ve never seen Bob Evans down here, they were all in Michigan and Ohio, but my family didn’t go. I like IHOP, just breakfast food with some tasty and unique compotes and other items. they’re nation-wide, not specifically southern, though. Perkins is kind of like olive garden for that wannabe upscale vibe as I recall, but they are 24 hour. I’ve eaten there but don’t remember much, also years ago. 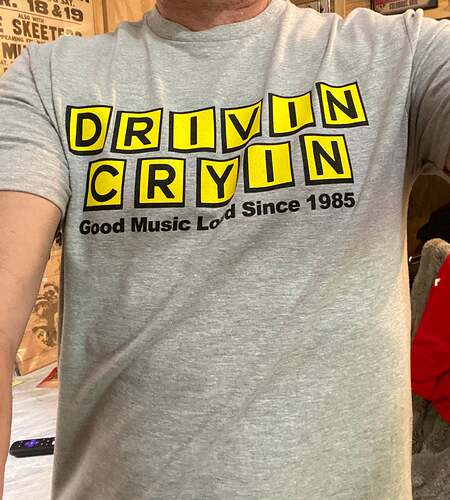 There’s a small chain in my state called the Biscuit Cafe. It’s decent enough, but then, we also have Waffle House in the area as well. Pre-pandemic, me and several friends would occasionally hit one up after a session at the rock climbing gym.

They also sell gift cards, so you can buy one, have a ‘waffle house credit card’, and call yourself a Redneck*.

(It’s a Jeff Foxworthy gag- “If you own a Waffle House credit card, you might be a redneck.”)

Can’t believe I’m the first comment to recommend Shoney’s. Shoney’s has menu food, but the real action is getting the all-you-can-eat food bar. The breakfast bar is crazy bad/good. The grits and fresh fruit (astonishingly) are usually pretty good, but the real reason to be there is the sausages, bacon, hash browns and … wait for it … the scrambled eggs. They are uniformly horrible, like WWII canteen horrible. And I can’t get enough of them. You sit your ass down a table away from the breakfast bar watching it like your life depends on it, and the moment a staffer brings out a new stainless steel warming pan full of anything you jump up and grab a new plate.

It’s the most American place you can do breakfast. All-you-can-eat with a bunch of yahoos clocking an average A1C of 14.

I knew only the reputation of Waffle House and wanted to see it for myself on a trip to Arkansas a few years ago. Nobody told me about the pork chops. Best pork chops I’ve ever eaten.

Apparently, the Waffle Houses in Colorado were swept up there, from Florida, in an especially strong hurricane season. When they touched down, they opened their doors and started serving.

I’ll admit that I used to think that was a fictional restaurant chain that only existed in Rick and Morty. I guess we don’t get a lot of these well-known chains out in California. I can’t think of any major breakfast chains around here other than IHOP and Denny’s.

which is why, to this day, there is only an empty lot in Islamorada where WH once stood.
oh, well… so long as no one was hurt!

This. Fantastic hash browns. Don’t mess with the Waffle House.

Go there for a reasonable date night after some other activity which doesn’t involve getting dressed up.

Or possibly dressed up, but not in a conventional manner. Our local Perkins closed, sadly. It was located close enough to the Bristol Renaissance Faire that it was a common destination for that post-faire visit on Saturday / Sunday evening, so seeing most of the patrons in some sort of faire garb was normal (for certain values of normal.)

I’ve also been amused when stopping off at a different Perkins location that was near a dungeon (now closed due to the financial hit from the pandemic). It was fun to play the “are you with us” guessing game (no, not going to ask anyone!) and being right a surprising number of times with people we’d never met before.

you need to know the most relevant bit of info that commenters thus far have missed; no maple syrup. Yes, I said that correctly. No! Maple! Syrup!

From what I’ve heard, certain chain diner locations in the Northeast will have it, but lack of real syrup is a deal-breaker for me. And as @knoxblox points out, the rest of the menu is usually cooked in margarine which is also a hard pass.

you need to know the most relevant bit of info that commenters thus far have missed; no maple syrup. Yes, I said that correctly. No! Maple! Syrup!

We encountered this early on in our sojurn to the US, and we now bring our own!