The truth about Wonder bread

Originally published at: The truth about Wonder bread | Boing Boing

In the 70s my mother went through a health kick, and pretty much the only bread we had was Pepperidge Farm Whole Wheat which had, I swear, pieces of plywood in it.

A very popular school field trip for Boston area grade school students back in the 1960s was a trip to the Wonder Bread factory in Natick MA. The factory was turned into a telecom hotel in the late 1990s.

Wonder Bread went from symbolizing American progress and affluence to being synonymous with poverty.

Nah, not for anyone in actual poverty. That shit was like a Lexus if you were poor. This is poverty bread: 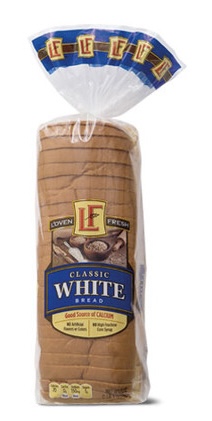 My parents got paid once a month (!!!), so every month we’d make a pilgrimage to Aldi and buy half the rack of the extra-long bread loaves, then freeze them to last the month. My dad would microwave them to thaw them out. That had nothing to do with poverty, just my dad’s apparent lack of any sensory organs or immunity to the flavor of hot plastic. I’d get an allotment of, like two bags of knockoff Doritos and Nutty Bars which would last a week at most.

When I got my first job, I’d buy a real loaf of Wonder bread and a package of Oscar Meyer bologna. Name brand all the way, baby. My first real moment of self-actualization.

I still can’t set foot in an Aldi, despite everyone telling me it’s “just like Trader Joe’s”.

Also: ‘Member these? There was no greater shame than having friends see a cabinet full of this shit and the gov’t ration peanut butter in oil cans. 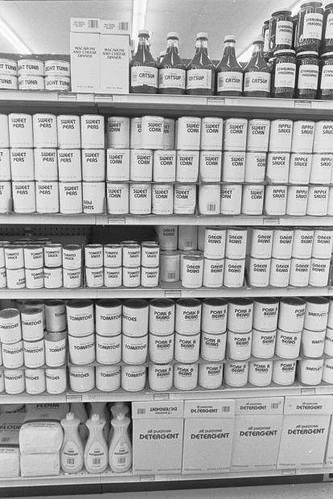 my mum baked our bread herself - coming back from school to that smell was, is and will forever be the awesome sauce of my existence on this ridiculous planet

I can remember my Viennese immigrant mother rail against bleached, white,
“brain shrinker bread”, which the family replaced with a commercial concoction known as “Roman Meal” bread. Apparently the mighty legions ate oatmeal on the march (not oat bread!).

Yeah, there’s a difference between ‘bread’ and ‘Wonder Bread’.

Holy cats, you just lit up some dormant part of my brain. Wonder was never bought, but Roman Meal… I think my Grandmother swore by that stuff. [Falls down a Google nostalgia hole.]

ITT: all the brand names that graced the insides of my moon boots through the long Wisconsin winters…

I grew up on wheat bread. I didn’t like it. I don’t like it now. It reminds me of baloney sandwiches which I can’t eat any more.

So I was eating Sara Lee Whole Wheat White bread, thinking it was a better bread than just “Wonder Bread”.

My GF told me there wasn’t really a difference, and checking the label, she was right. So I switched to Wonder Bread because I like it.

Wonder bread is interesting because for me i grew up in Venezuela. My family did buy whatever the local brand was that was comparable to wonder bread, but generally we preferred making sandwiches with baked bread from a local bakery. Their bread was amazing and i still miss having fresh baked bread at home

For American fresh baked bread from local places is an expensive luxury unless you want to make it yourself. In other parts of the world it’s affordable and normal

Remember the blocks of actual government cheese? Somehow greasy and chalky at the same time. I get weird nostalgia cravings for it every once in a while. Wonder Bread was aspirational back in the day!

My grandmother bought from a local Wonder factory store, where excess inventory was liquidated at lower prices, you just never knew how much they would have on-hand.

That shit was like a Lexus if you were poor. This is poverty bread

I wish that I could find Retta’s stand-up routine where she talked about Wonder bread. IIRC, she remembered wondering what the other kids were talking about, because she grew up with Taystee bread - and it wasn’t.

My grandmother bought from a local Wonder factory store, where excess inventory was liquidated at lower prices

(There’s also a gross Soviet era joke that contributed to the name; it’s hard to tell, because the punchline requires seeing the joke teller’s physical movements.)

Our big freezer was always stocked with slightly irregular Wonder bread and Hostess treats from the factory store when I was a kid. No diabetes yet, but not for lack of effort. Thanks, Mom!

We lived near one.

And were able to get Ninja Turtle Hostess pies well after they were generally available. Apparently some one at the local factory just liked them so they kept making small amounts for the outlet.