Originally published at: The untold story of George Romero's Resident Evil movie that never saw the light of day (of the dead) | Boing Boing

The game and its various plotlines are wildly nonsensical outside of a videogame. Most of the things that happen and what the characters are doing are very video gamey, and in a serious zombie movie those game elements just don’t really work. In my opinion, to make RE work a lot of fringe elements would have to get jettisoned to streamline the story and have it make sense. Corporate and military complex shenanigans and public health and safety crisis, and international conspiracies plus zombies? Seems like it should work, everything else about RE? Not so much.

Remember those awful Resident Evil movies?
The animated ones? yeah.
The RE movies were good, B movies, but the best that could be done with the source material. Fight me!

Romero’s Resident Evil script is really terrible. It reads like a pandering brainless popcorn flick with none of his special touches. The dialogue, much like his later oeuvre (see Diary of the Dead), sounds like an out of touch old man trying to be hip. I hope it was just a case of his heart not being into the material because it is really bad.

Just came here for that headline.

The first Resident Evil film was ok, and it was pretty much the first game-to-film adaptation that wasn’t absolutely fucking terrible (Super Mario Brothers anyone? Streetfighter?).
As others have said, it seems to be pretty difficult to adapt a game to a film. The other way round isn’t much easier either.

Hi, there! Not sure youre aware, but theres actually a feature length documentary about this script in production. Directed by Brandon Salisbury and repped by my sales agency Cyfuno Ventures. [Feel free to DM me]. Would love to chat! 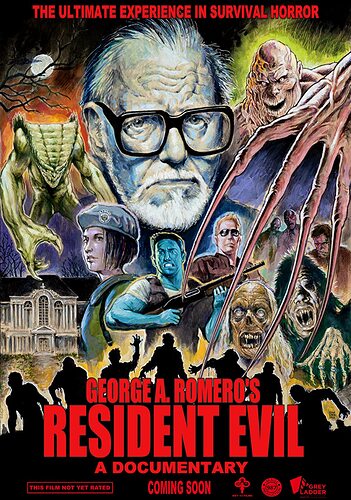