Holmes’ lawyers are reluctant to describe her as a fully grown adult.

A stupid and desperate argument on behalf of a grifter. They’re certainly tapped into the zeitgeist but they’re up against the fact that their client made the mistake of conning rich and powerful white people.

IANAL, but is there anything about her, like maybe her appearance, that might give a clue as to which end of the “jail time spectrum,” she’ll be closer to? Hmmmmm . . . .

Now do all the other grifters.

I predict ~5 years, and serves only 2-3yrs of that in prison before being released on probation

I don’t know, man: did her lawyers point out that she’s white and blond, and had she gotten away with it, she’d have been RICH? That should carry some heft in considering the sentence. (Okay, not “should” in the sense of “sane thinking” or “decency” or “spirit of justice,” just…US history.)

I don’t understand Law. I’m olde 'nuff to be the grandpa of a lot of yas. Steve Bannon - who I consider one of the most dangerous people on the planet - got 4 months…and Dump-appointed judge Carl Nichols allowed Bannon to remain free pending appeal, which could carry on past 2023.

Look: there is the Law, then, apparently, there’s “the Law.” It’s the 2nd one I’ll never understand, I confess. 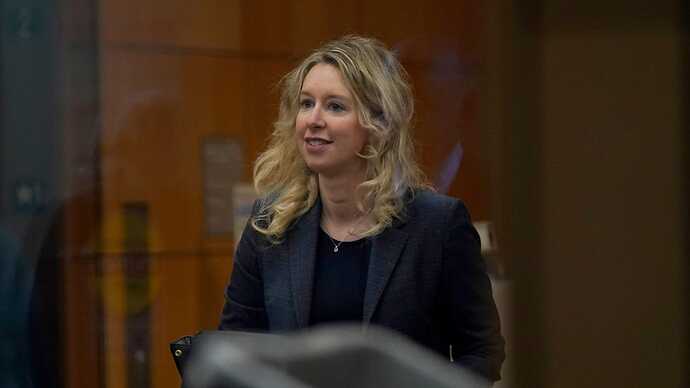 Elizabeth Holmes Asks Judge to Please Be Nice to Her

The Theranos fraudster was denied her new trial request, but continues to try everything she can to get out of jail time.

Poor naive thing! All those people forced her to lie, cheat, and steal and she was just too young to know they were taking advantage of her innnocence!

As my old dad used to say, pull the other one, it’s got bells on.

The cynical part of me wonders if she got pregnant to elicit sympathy; “You can’t separate me from my baybeee!!!”

It’s weird how a “teenager who had four quarters of college and some laboratory research experience under her belt but no business or management experience.” managed to get several former cabinet ministers and several retired military people to sit on the board of her fraudulent company.
I don’t think she was just some kid.

she thinks 18 months of house arrest will be quite enough.

She’s about to have a baby. 18 months of house arrest is pretty much par for the course whether she committed a crime or not.

Hopefully in addition to whatever prison time she’s facing she is also required to repay those she defrauded. If that means she has to sell almost everything she owns (IIRC the court can’t take the roof over your head, but can it require you to downsize?) to repay some or all of it, sounds good to me.

maybe the judge can “appoint a conservator”

Bringing Noriega into this is borderline libel. His area of medical entrepreneurship may have been illegal; but I’ve seen no credible claims that there was anything wrong with his product.

She’s about to have a baby. 18 months of house arrest is pretty much par for the course whether she committed a crime or not.

Oh boy, it’s been years and it still hits a little too hard. I loved newborns… but I also love sleep and some tiny glimmer of a life beyond them.

By the way, it’s time I introduce BoingBoing readers to the original Balto.
Holmes’ Balto was named after a famous race dog called Balto. But that dog again was named after Sami explorer Samuel Balto, who was a proper badass. 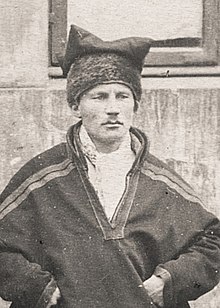 Samuel Johannesen Balto (May 5, 1861 – 1921) was a Northern Saami explorer and adventurer. Balto skied with Fridtjof Nansen across Greenland in 1888–89. Samuel Johannesen Balto was born in Karasjok in Finnmark county, Norway. He had worked as a lumberjack, as well as in reindeer herding and fishing. In 1888, Balto was recruited by Fridtjof Nansen for Nansen's Trans-Greenland Expedition. Balto participated in the first recorded crossing of the interior of Greenland, together with Nansen and four...

Technically Balto was a sled dog who was only in a race against time to deliver a diptheria serum (and apparently his role in that event was vastly overstated compared to the other participants in the effort).

Disturbing I can handle. But that image is like something out of a Japanese ghost story. Imagine looking out your window at night and seeing that thing floating in the darkness waiting to drink your soul.