I love the way that the father never followed through on the idea that the baby was hungry by giving the baby some milk and that actually picking up the baby was a last resort option that he only tried when all other solutions had failed. He kind of looks like an average guy who’s just been pressed into bomb disposal work.

Yes, very cute I must admit. But honestly, a little stereotypical of dads. I was a new dad once (well, twice). The first thing I’d do if my baby was crying would be to hold her,not call my wife. Oh, and I do my own laundry too.

The little monsters aren’t all that frightening, when you get to know them.

Give ’em a few years.

I think the ad has gone viral because, in addition to cuteness, it seems to be the advertiser telling you something against its own interests (“hey, maybe don’t use the mobile phone for everything and just interact”), and therefore surprisingly sincere. Like if McDonalds did an ad that said, “Hey, McDonalds is a once in a while treat, but probably not good as a lifestyle habit.”

(Of course, the ‘acting against interests’ part is all an illusion, of course, since it’s also making a big deal of the wife watching it all on her mobile phone, for which you need a mobile phone).

Yes, very cute I must admit. But honestly, a little stereotypical of dads. I was a new dad once (well, twice). The first thing I’d do if my baby was crying would be to hold her,not call my wife. Oh, and I do my own laundry too.

Yeah, makes me wonder what the culture is like in Thailand. Is it taboo for men to take care of, and hold, babies?!

But if we’re judging it by American standards, it’s lazy, sexist, and women still lose when men are too incompetent/lazy/punished to do “ladies work”…

The only phone for fathers, fathers that have somehow never held their child before.

Also reminded me of this gem:
http://aattp.org/hallmarks-racist-stereotyping-for-you-mom-on-fathers-day-cards-marketed-to-black-mothers/

Yeah, I thought the ad was heart-warming. But I remember when my wife had to go away on business for a few days, and her coworker remarked that it was good that I had time off work and could “baby sit” our new-born. Can you baby-sit your own child? I admit, I was a little insulted.

Turns out I did a great job, and was able to improvise when it turned out the pump only works with chicks.

This struck a chord with me as a somewhat insecure father with a bit of a tech addiction. I’d be lying if I said it didn’t make me well up, but I’m an easy cry. And for those focusing on the use of the “dumb father” trope, this is a positively progressive commercial in the context of East Asia. Check out the husband’s expected contribution in this Ajinomoto commercial from Japan:


Message: “You can go to work, woman, if you take care of the cooking and the cleaning and the kids like you always have. I’ll be sitting on my computer and maybe help with putting on a shirt.”
2 Likes
daneel 20 July 2014 00:23 #11

I can’t believe a cell company basically said “put the fucking phone down” and managed to show how their technology let the mother watch the father’s actions.

Who’s baby stops crying when you pick them up?

Yeah exactly, I’m with @scratcheee – a real baby quadruples down on crying when you pick them up. It’s only after six hours of early morning holding that the crying will reluctantly subside.

And then begin again in two hours.

Put that in your damn commercial.

What I like is you can viscerally sense the metamorphosis of the structure of his brain in that very moment: 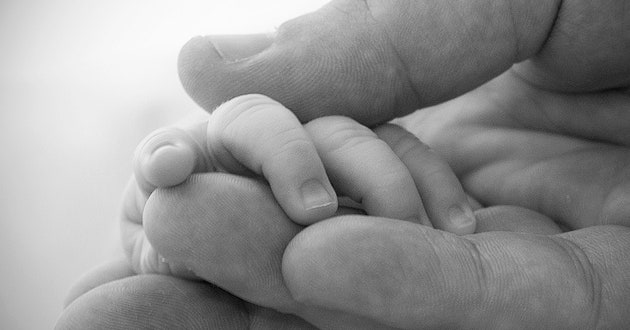 How Becoming a Father Changes Your Brain

A first look at how becoming a father changes the structure of men's brains.

Oh it changes more than your brains there, pal.

Kids! You’re going to grandma’s on your own!

The advertising firm who created this are diabolically clever. They’ve found a legitimate reason to start their ad with “crying baby” at ad-break volume. A sound that’s practically genetically programmed to yell “HEY! pay attention to this”

In short they’ve taken the most irritating, annoying sound possible, and monetised it. Never would I have been so glad of the PVR fast forward button.

We all know he’s not gonna get custody of the kid in the divorce, right? I’ve seen kids poke a corpse with less fear than this guy. Maybe there’s a back story we’re missing here. Is he the father? Perhaps he’s a robber with a heart of gold? I’m just saying, something ain’t right.

In short they’ve taken the most irritating, annoying sound possible, and monetised it.

No, I believe Apple did that with their commerical with the “chicken fat” song. I’d rather listen to a crying baby anytime.