This fellow lives inside a jet plane. It does not fly.

Originally published at: This fellow lives inside a jet plane. It does not fly. | Boing Boing

Are we sure this “Bruce Campbell” isn’t really [ominous musical cue] D.B. Cooper? 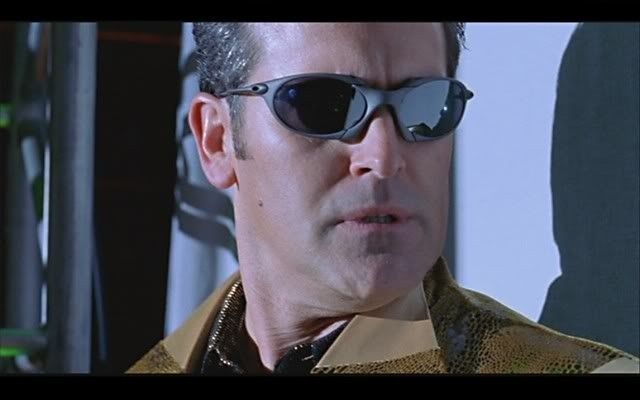 Southwest Airlines may soon convert some of their jets into rental properties, since they aren’t being used for anything else.

They can even make a condo. 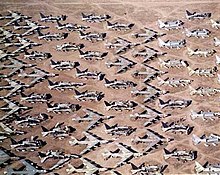 An aircraft boneyard or aircraft graveyard is a storage area for aircraft that are retired from service. Most aircraft at boneyards are either kept for storage with some maintenance or have their parts removed for reuse or resale and are then scrapped. Boneyard facilities are generally located in deserts, such as those in the Southwestern United States, since the dry conditions reduce corrosion and the hard ground does not need to be paved. In some cases, aircraft that were planned to be sc The 3...

That’s just about 8 miles south of my house. A few years ago they held a rave there – I was tempted to go, but the promoters seemed like slicked down d-bags.

Speaking as someone who got screwed out of Christmas family time because of the Southwest meltdown, I feel this is a severely underrated comment. Southwest under scrutiny after wave of storm cancellations

Major U.S. airlines were broadsided by the massive weekend winter storm that swept across large swaths of the country but had largely recovered by Tuesday, except for one.

Boy, you’d have to really, really love airplanes for this to be remotely appealing, because it looks like a pretty miserable thing to live in. (I’ve seen restaurants etc. making use of former airplanes that were more understandable, as they evoked the glamour of air travel - which I don’t really get - but this doesn’t even have that going for it.) Poorly insulated, poor natural light, poor space configuration, bad facilities (that shower looks like it would make a real mess), and aesthetically unpleasing even if you thought airplanes were glamorous (a bunch of exposed insulation and wiring…). It’s exactly the kind of extreme living space that you see people choose because of some significant advantage - either because it’s mobile (buses and boats), or free (squatting in some disused tunnel or other marginal liminal space).

I was looking forward to seeing how he had refurbished the interior; I remember something about this guy about 10 years ago, but basically it’s a giant shed. Disappointing, when the interior has so much potential as a beautiful space.

Pretty large airstream you got there.

this would give me nightmares about being in a house crash.

Yeah, but look at the location!

The video at the top of the post is all about the interior.

granted my pain at the nomenclature is nothing compared to the pain of being stranded, but having seen this everywhere now: how is it not a “southwest freeze”?

Same here- I remember reading about him a decade or two ago. the web site’s a bit of a train wreck, though, even for 2000 standards.

It’s still an interesting concept, and some of the underlying reason behind it is solid.

What about high winds; it looks like it’s just jacked up on piles of wood. How stable is it?

Imagine the owner’s surprise when Dorothy Gale dropped in for an unannounced house party. 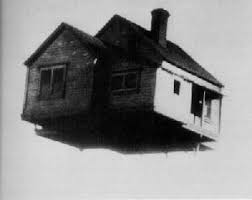