the concept is to share an anecdote of something odd, interesting, or entertaining that happened in your presence once upon a time.

i was attending a state university in deep east texas at the time. it was mid-spring, march just after spring break. i had driven to the house a friend of mine had rented with his girlfriend in a tiny community about 15 miles away from where the university was. we were both early risers and i had driven over about 6 a.m. and we had coffee out on the porch along with a joint he had rolled when i got there. it was one of those foggy mornings which made everything look different and mysterious which we admired from the porch. after coffee we decided to go for a ride down the backroads and enjoy the morning, as was our wont occasionally.

as i said, the fog gave everything a mysterious aspect and the light green of the new leaves on the hardwoods and perennials framed by the deep green of the pine trees emerging from the fog as we rode along on red gravel roads was strangely beautiful. after we had ridden around for an hour or so the fog was starting to lift and we decided to take the next intersection to start heading back to familiar roads again so we could return to the house.

of a sudden, my friend stopped and backed up, then stopped again. out my side of the vehicle i could see a dilapidated. possibly abandoned, house with a woefully sagging roof. he directed my attention the tableau out his window. it took a moment to register what it was i was seeing but i finally realized i was looking at an enormous turtle, around 24-30 inches around (0.6-0.8m) around. an enormous, dead turtle which had been hung from a branch of a tree beside the road. hung by its neck with a piece of cable. the turtle, the cable, and some of the leaves of the trees around it were all spray painted in gold. i admit we gawked for at least a full minute and then i thought about that house on the other side and recalled that there was a truck parked in the driveway and so, perhaps, not abandoned. i turned to look back at the house just in time to see a curtain over a a cracked window fall back into place. i turned to my friend and realized he had seen the same thing i had and he hit the accelerator and we sped off away from that spot.

i’ve had 30 years of experiences since then but this is still one of the strangest, and creepiest, things i believe i have ever seen in my life.

Sounds like you briefly stepped into a Joe R. Lansdale story! That was a cool tale, well-told. Thanks!

I’d just had a bad breakup, and my head was a mess. So, I loaded up my battered old bike (a 1985 Suzuki GS450E) with my camping gear and left Sydney, headed for the desert. 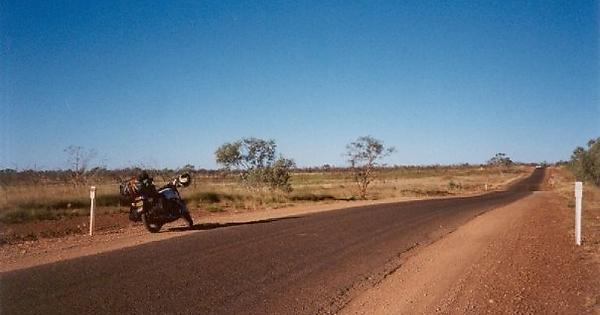 I took the scenic route there; down the coast, then inland to Canberra, then down to Melbourne to visit a friend. After that, the Great Ocean Road and Coorong across to Adelaide, then north to Port Augusta and into the dust. 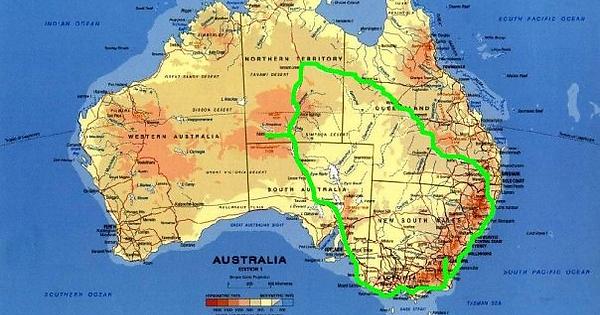 As soon as you pass Port Augusta, the real desert begins. Redstone gibber plains, perfectly flat land all the way to the outrageously distant horizon, saltpan lakes that look like snow. Ludicrously scenic; the sort of place that makes you understand why most major religions come from deserts. 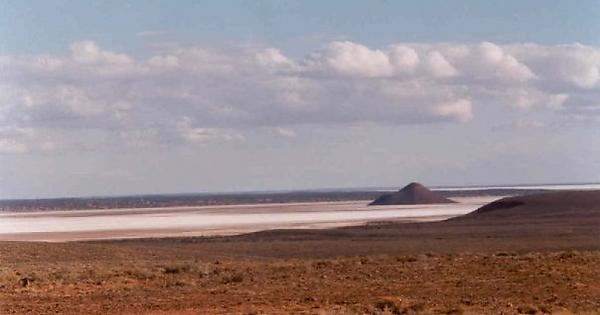 And desert means roadkill. There are plenty of roos and emus out there, and they’re attracted to the highway. The tiny amount of rain normally soaks straight into the dust, but the road acts as a watercatcher; there’s a little bit more greenery along the verge of it. This attracts the critters, and since it takes the roadtrains more than a kilometre to stop, well… 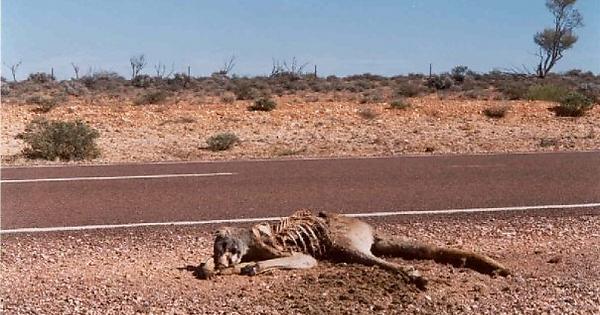 The desert mummifies them, so they aren’t overly fragrant. And they don’t last that long, thanks to the crows and the eagles.

Every bit of roadkill will always have a dozen crows on it, and at least one Wedge-Tailed Eagle. The crows aren’t a problem; they scatter as soon as you approach. But the Wedgies have six-foot wingspans, and take quite a bit of time to get moving. If you hit one of those on a motorcycle at 150km/h…well, let’s just say that you aren’t going to have a good day.

So, standard operating procedure is to hit the brakes and the horn as soon as you see them, in order to give the eagle time to get out of the way. I’d been through this routine a dozen times already; it was no big deal.

However, then I came across a dead 'roo with two eagles on it. I did the usual thing, horn and brakes, and the crows scattered and one of the eagles lumbered off.

But the second eagle stayed put.

You could see the thoughts going through its crazy, tiny raptor brain: “I’m the top predator here, this is my kangaroo, you bugger off”.

So, I slowed down further, holding the horn, until I was down to about 50km/h and nearly on top of them. Finally, the eagle takes to the air.

However, unlike the first eagle, this one didn’t fly away from the road. It flew straight down the highway, in the same direction as I was headed, perfectly matching my speed, five feet off the ground and ten feet in front of me, bang in front of my eyes. I could feel the wind of it buffet my helmet every time it flapped its wings.

It only lasted for ten seconds or so before it turned off to the side, but it felt like a lifetime.

See http://imgur.com/a/i06kO for more piccies from that trip. Sorry for the low-res; digital cameras hadn’t been invented back then.

Sorry for the low-res; digital cameras hadn’t been invented back then.

no worries, mate, a great story well illustrated. the experience with the eagle is mystical enough to reinforce what you said about deserts and religions. thanks so much.

This topic was automatically closed after 213 days. New replies are no longer allowed.